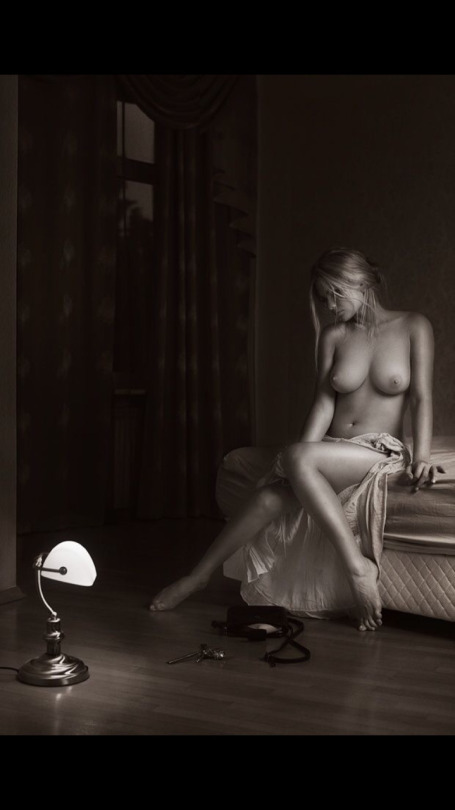 I have always had a fanticy to see my wife with another man, but she would not have any of this. Said I was sick and preverse. We had a good marrage, but over the years, we needed some sparks, I had tried everything I knew, but no cigar. A new masage parlor opened up in town, one of those upscale expensive types. Sauna, jacusie, Roman outfit kind of place. Not my cup of tea, but my wife enjoyed it emensely. She had been going to it for about a year, when my daughter gave me a gift certificate for a x-mas present. So I decided to check it out, rather than give to let my wife use the time. I was intrested in seeing what was so amazing about theis place that made my wife so relaxed and pampered. I did not know you had to make an appointment, and was about to leave when one of the attendants, that had overheard my delima, aske if he could be of assistance.

He was getting off work, but volenteered to honor my massage request. I really had antisipated a female, but when he told me that he was my wife’s masseur, I sort of got excited. I had assumed she had a female working on her all this time. I reluctantly allow him to preform his services on me, and our conversation quickly turned to Anna. I could tell there was more than idle conversation, as he explaing how much he enjoyed, and looked forward to her regular visits. When he told me about rubbing her smooth, toned, body, I got an erection. Out of embarrasement, I told him that I was not gay, and went on to tell him of my fanticy.

This to a complete strange, I jsut met only minutes prior. When I told him of my fanticy, he too got a hard on, and we both were quite embarrased. He went on to explain that he had wanted to make advances, but that it was strictly against company policy, and he needed his job. By this time, my hour was up, and he showed me to the showers. As I showered, he changed clothe in the ajacent locker room, and tried to pee with a still erect penis. I am not a voyer, at leat of this type, but could not help but see an enormous tool.

This had been part of my fanticy, not only to see my wife with anothe man, but a well endowed one at that. I was inclined to make a concession for this but saw none was needed. We agreed to meet next door to discuss this mutual intrest further. I told him again of my fanticy, and needless to say he was more than willing to assist me in my efforts. He told me that she really did get relaxed during thier scessions, and occasionally would moan, until she caught herself doing so. Even though he knew that it would be a long and drawn out process, he was willing to put in the time necessary to accomplish our desires. Even at the risk of being fired, as this was strictly against company policy.

We decided that the best way to approach her was with a private massage, and since she had a birthday coming up soon, this would be our first effort. A surprize massage. She thought we were going out for her dinner for her birthday, as I had informed her that I had a surprize instore. We were ready when Jim arrived with his portable massage table, oils, headphones and mood music. And at least I had accomplished at least one thing, she was definately surprised. We sat in the den and talked for a bit, had some wine, and Jim informed her that I had hired him for her birthday massage. Also informing her not to mention this to anone at the shop. After about 30 minutes, he ask if she was ready, and excused himself as she got naked and in position on the table. I assisted her in disrobeing and covering up, and had a bit of persuasion in getting her to shed her panties, which she reluctantly did. I was hard as a rock, as I went to retrieve Jim to begiln his work. I could not help but notice he was extremely excited as well.

He ask how far we should go on this first effort, not wanting to jepordize any further attempts. Just go with the flow, see how it progresses, and let your instincts dictate. He adjusted the head set and listened for a moment before placing them on her head. The soft mood music helped to relax her, and she could not hear jim and I speak. He place a pair of cloth eye wear over her eys to block out any light. He rubbed the oil together with his hands and started at her feet. I do not know who was more excited, him or me. and this type of voyerism I certainly could get into. He spent a good 30-45 minutes on her backside before asking her to roll over. …… to be continued