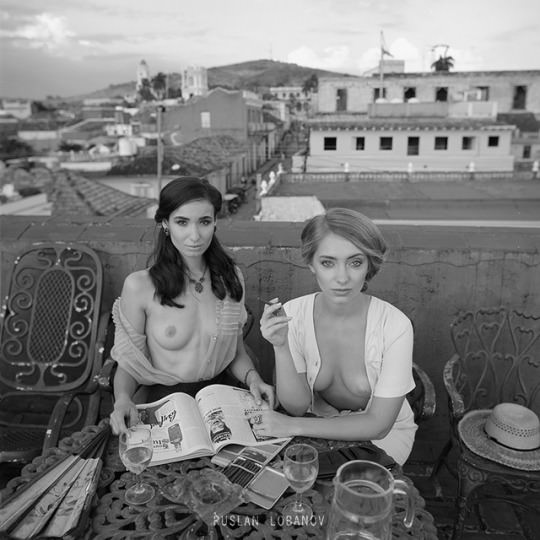 Hey, my names Tanya. At the time this happened I was 14. I was a tomboy, I wore baggy boys clothes and didn't show off any figure. I had nice 32B tits though, perky as well and I had a tight arse. My hair was short and spikey and I was as pale as a ghost. I might as well add this as I know some guys love them, I also had two loop lip piercings 😉

I was known in my little run down area as a bit of a cock tease, I'd let guys look and even change in front of them. But truth was I'd never even touched a dick. Coming past my 14 though, I was starting to get feelings regularly. I found myself often running to the toilet at school to stroke myself to an orgasm but one day I figured it wasn't enough.

It was a hot summers day and I was laying on the sofa in my living room in just a pair of demi shorts and a flowery black bra, I'd just finished finger fucking myself and was flicking through my phone, looking for my at the time bestie. Her name was Lydia. She was a little like me apart from you could tell it was put on for her. She has small tits like me, she was a 32A though. She had a small body and a very tight arse. She was known for giving handjobs and the best blow jobs when she was drunk or high. When I found her number I quickly texted her to come around as I was bored. She texted back she was outside much to my suprise. Lucky nobody else was in cause when I opened the door, there she was in a small bikini top that let her nipples stand out and three guys. Two black boys I didn't know and a white boy from our school called Jake.

She brought the guys in like it was her own house and I soon learnt the guys where CJ and Matt. They where nice enough, but couldn't stop staring at my tits as I layed all over my sofa. Soon though Lydia did something that basically changed my life. She took off her top for the boys and turned to me, slipping a hand to my stomach to my stomach and sliding it downwards. Now I'm BI, but I'd never thought Lydia was. She look at me and fluttered her eyelashed before asking. "Do I turn you on, Tanny." I had no idea what to do, I was normally so full of confidence and in control. My pussy was getting hot and wet at the sight and touch, but I soon came to my senses. I knew what she was doing, teasing the boys. So with a smirk, I got up and straddled my friend. "Hmmm, of course you do." I replyed and I leaned in to give my friend a peck, but when our lips pressed I felt Lydias tongue enter my mouth and I soon found myself swapping spit with her. Her lips were soft and the feel made my pussy tingle and lean. I thought that was it for the boys show, till I felt a hand on my bra clasp. I thought it was one of the boys and got ready to smack them. But I broke from the kiss and turned to see if was Lydia's hand, she undid my bra and quickly moved it. My nipples stood erect and before I could react, she took one into her mouth and sucked it while she pinched my other. I could protest, it felt so good. I was moaning softly infront of three boys, two I didn't know. But this seemed to drive the boys over the edge. I felt a strong set of hands on my arms and felt myself get lifted by the two black boys and they wanted to take it to my bedroom. I didn't care, I turned to go with them. But Lydia grabbed me and pulled me close to kiss before one last time and said right to my face. "I love you, Tanya." I was gob smacked, but I was also being dragged to my room by two black studs. Once upstairs, I ushered them to the bathroom, saying I wouldn't have to clean up as much there. John stayed down with Lydia, saying he wanted to "Solo" her arse.

One the door closed, the two stripped down at once. CJ was brownish and only had about six inches, but Matt was as dark as my old bra and stood at 8. I gasped at the hard cocks, I knew I wanted my first time to be hard. I found the soft shit a turn off. Before they started though, the boys said they was 17 and asked how old I was. I said I was 14 and a virgin. They said they'd take it slow and I said no they wouldn't, they was gonna fuck me like a used whore.

Part two soon, hopefully. Hope you enjoyed hearing about my 😉