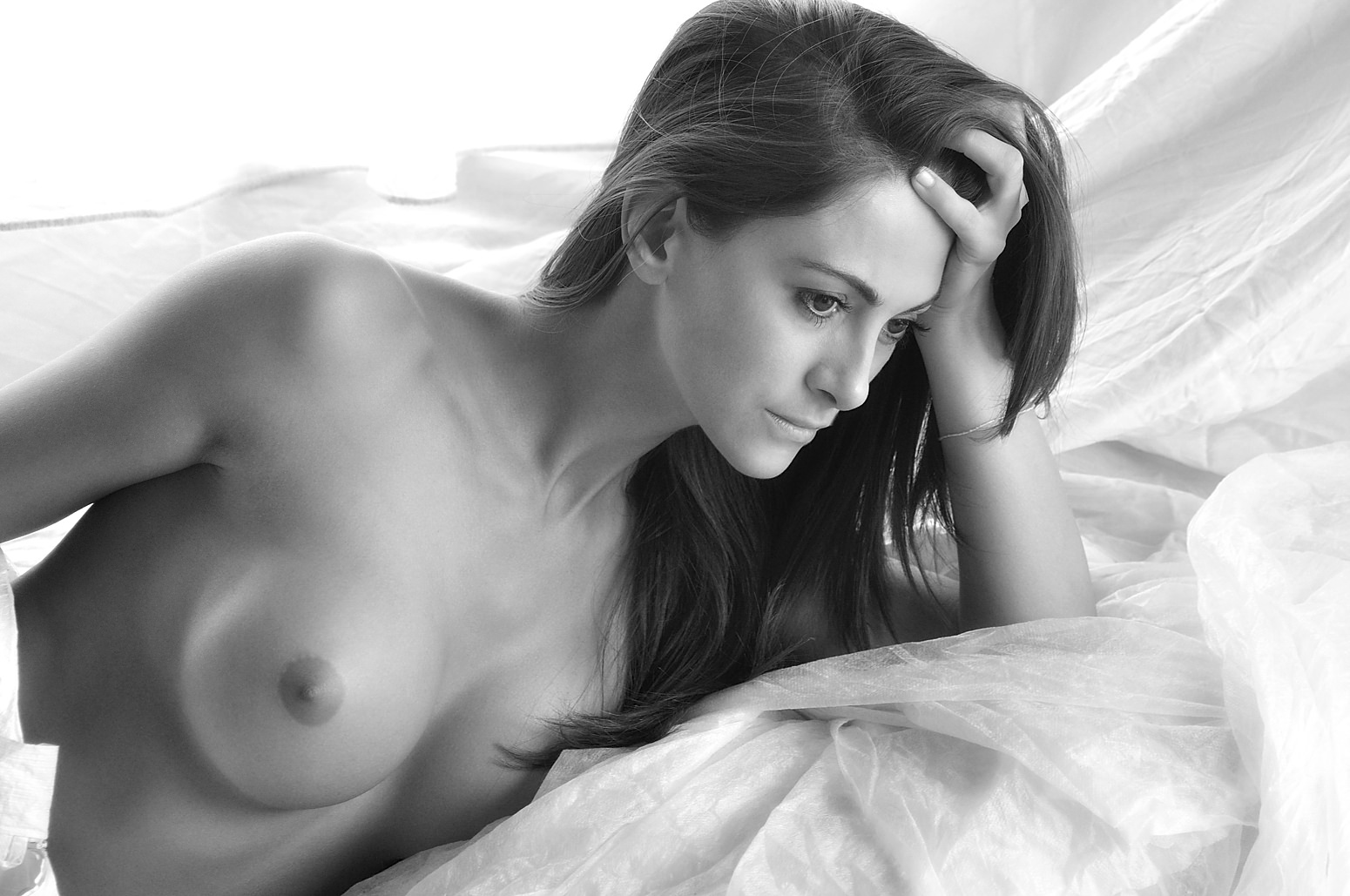 I couldn’t concentrate on anything. I managed to hang up on three people while I was trying to put them on hold, deleted one of the customer’s very important files, spilled hot coffee all over my manager, and broke my headset. Finally around five in the evening my manager asked me very carefully if I am feeling all right. He stood at the distance as if afraid that I am going to spill something else on him.

“Go home”, he said sympathetically. “Get some rest.”

he said a little bit too quickly. “Get some good sleep, take tomorrow off, and you’ll be back on your feet!”

Which translated into “Get the hell out of here before you do anymore damage!”

“All I sighed and pulled my jacket off the back of the chair. “Sorry about the coffee, Henry… And other stuff />
“Just feel better”, he nodded with visible relief. “See you Monday!”

“I work on Friday”, I said and he just waved his pudgy hands at me.

Huh, I thought with amusement. Just how much damage did I do today exactly? Is there something I am unaware of? Well, it’s better if I don’t know I guess. I smiled sheepishly at Henry and pulled my jacket on. He nodded with great satisfaction and went away. I was on my way out of the office when I happened to glance at the newspapers on top of someone’s desk. What I saw made me stop dead in my tracks. I picked up the paper.

nephew is in critical condition”, it said in big bold letters. “The doctors are not sure if they will be able to save his remaining />
I blinked. Why all of a sudden do I have a bad feeling about it?

“Awful, huh?” Someone said behind me and I turned my head.

It was Gail Thomas, a gal who worked here for what seemed ever. She pushed her glasses up on her nose and gave me a small smile, her large face reminding me of a Grandma from soup commercials.

I nodded. “What />
“He was assaulted last night”, Gail said seriously. “Somebody did a number on him, all right. They cut him up awfully bad.”

“Cut him up”, I muttered, feeling suddenly cold.

she nodded. “He lost an eye. Now they are trying to save the other She looked around quickly and leaned forward, her voice dropping to confidential whisper. “My son-in-law is a policeman, you />
“Uh huh”, I said carefully.

she stepped closer. Now I could smell her perfume and hair spray. “He told me this morning that the poor thing lost his eye in the most awful fashion”, she nodded at the paper. “Whoever assaulted him apparently ripped it out with his bare hands! Can you believe that?”

what I said!” she nodded quickly. “Connor, don’t tell anyone about it, okay? It’s supposed to be the police thing.”

“I know”, she smiled widely. “Are you />
I said absent mindedly. “I think I am coming down with a />
She took a quick step back as if I just informed her that I have leprosy.

“Oh dear! I am very susceptible to all the germs, you know! I hope you are feeling better though!”

I nodded and looked at the paper in my hand. “Can I have this?”

“Of course!” she looked like she was going to sanitize the entire area as soon as I leave.

I smiled and walked away.

“Feel better!” she called and I just nodded.

…I was fuming all the way home. When I got to my building it was raining again. I shoved the paper under my jacket and went inside. I unlocked the door, walked in, and slammed it shut. I kicked my sneakers off and threw the wet jacket on the floor. Dylan was nowhere to be seen again. I marched into my bedroom. He was sleeping. Suddenly I was pissed off. I whacked him on the head with the newspapers and his eyes immediately flew wide open. There was no fear or confusion in them, just cold calculation. Then he saw me and blinked.

“Ow!” he winced. “If you wanna play rough, you might wanna wait a couple of days… Broken ribs and />
“I am very tempted to break your neck right now”, I said through my clenched teeth. “Get up!”

He sighed and kicked the blanket off.

“All right, all he muttered and lowered his legs on the floor.

I turned away, the desire to hit him again even stronger by now.

“What did I do, by the way?” he asked with mild interest. “Did I pee on the kitchen floor and now you gonna rub my nose in it?”

I threw the paper in his face. He caught it before it hit him and looked at it thoughtfully.

“You want me to whack myself?”

“Oh for the love of I muttered. “Knock this shit off, will you? The mayor’s nephew? The mayor’s freaking />
He unfolded the paper and scanned it with his eyes. Finally he let out a small smile.

“Saving the other one he murmured.

“It’s your doing, isn’t it?” I asked through my clenched teeth.

He looked at me calmly and I didn’t need any answer to that question.

“What did you do with the eye?” I asked in defeat. “You don’t have it stashed somewhere, do you?”

“Fed it to some critter”, he said. “Was hoping that it’ll get to his other eye before long he shrugged. “Cops can be surprisingly efficient sometimes. They got to him too soon. Pity.”

“Goddammit, I closed my eyes. “The />
“I don’t give a damn about the mayor”, he said indifferently. “Could care less about the stupid git. Plus if he is smart enough, he’ll be able to turn this whole thing to benefit him. Hell, he might even get he laughed softly.

I looked at him. He seemed to be almost content. The sad part was that this whole thing didn’t shock me or anything. I knew this side of him and it didn’t surprise or sicken me. Then I thought of something.

I frowned. “So Mickey is the one who beat the shit out of you?”

He gave me a look that almost screamed “Oh, please!” I knew that Mickey alone would never stand a chance against Dylan or even against me, even though I am nowhere as psychotic. Mickey was one of Billy Vaughn’s pets eight years ago. Apparently his Uncle managed to spin himself off quite successfully and now Mickey was the mayor’s nephew. Well, the one-eyed, disfigured for life mayor’s nephew now… They will probably be able to fix his face though. Plastic surgery nowadays does wonders.

“Of course not”, Dylan snorted. “He had someone with him… A friend. Or a boyfriend… Maybe a bodyguard, I don’t know.”

“They never said anything about a second person”, I blinked.

“Of course not”, he said again. “They never found him. I don’t think they will.”

“He is the one who did the number on you?”

“He was a big guy”, Dylan shrugged.

I almost asked what happened to that big guy but at the last second I decided that I don’t want to know.

“When Mickey can speak I said and narrowed my eyes at him. “He will be able to speak, right?”

“He will”, Dylan smiled with the corners of his mouth.

“Dylan, when he tells them who did it to />
“He he interrupted me. “He knows better.”

“Sit down”, I said instead. “Let me look at your damn cuts. Right now I almost wish for them to bleed still… That way I’ll have a legitimate excuse to stick a needle in you.”

he muttered and sat down.

I pulled off his bandages. His cuts looked fine. Better than fine, actually.

“Why did you even bother with Mickey?” I asked after running my fingers on his healing skin. “I mean, it’s been eight years… Plus I thought we took care of that />
He looked up at me, his eyes unreadable.

“After the whole Billy thing”, he said slowly. “And after you left… A couple of years later I think… I came home and found Kay. She was knocked out cold. The house was a mess. Kay was a />
I muttered. “Mickey did it, I take it?”

he nodded. “Mickey and some crack heads sidekicks of his… Well, Kay could never go back to modeling after that”, he looked at me again. “I mean, how many one-eyed models do you know?”

I silently wrapped the bandages around him tighter.

“I guess Mickey was looking for me”, he shrugged. “But as I said, I wasn’t there.”

“The usual”, he gave me another small smile.

I grinned. His was Hawaiian with jalapeno peppers and black olives. I went for the phone and mused about the fact that here I am, about to order freaking pizza after the whole “he ripped his eye out with his bare hands” thing and it doesn’t even bother me. Finally I just shrugged it off. I never claimed to be the most normal of them all. Of course while I was getting the phone and looking for a phone book, the memories were snaking through my mind like electrified miniature eels. I couldn’t help myself but give in.