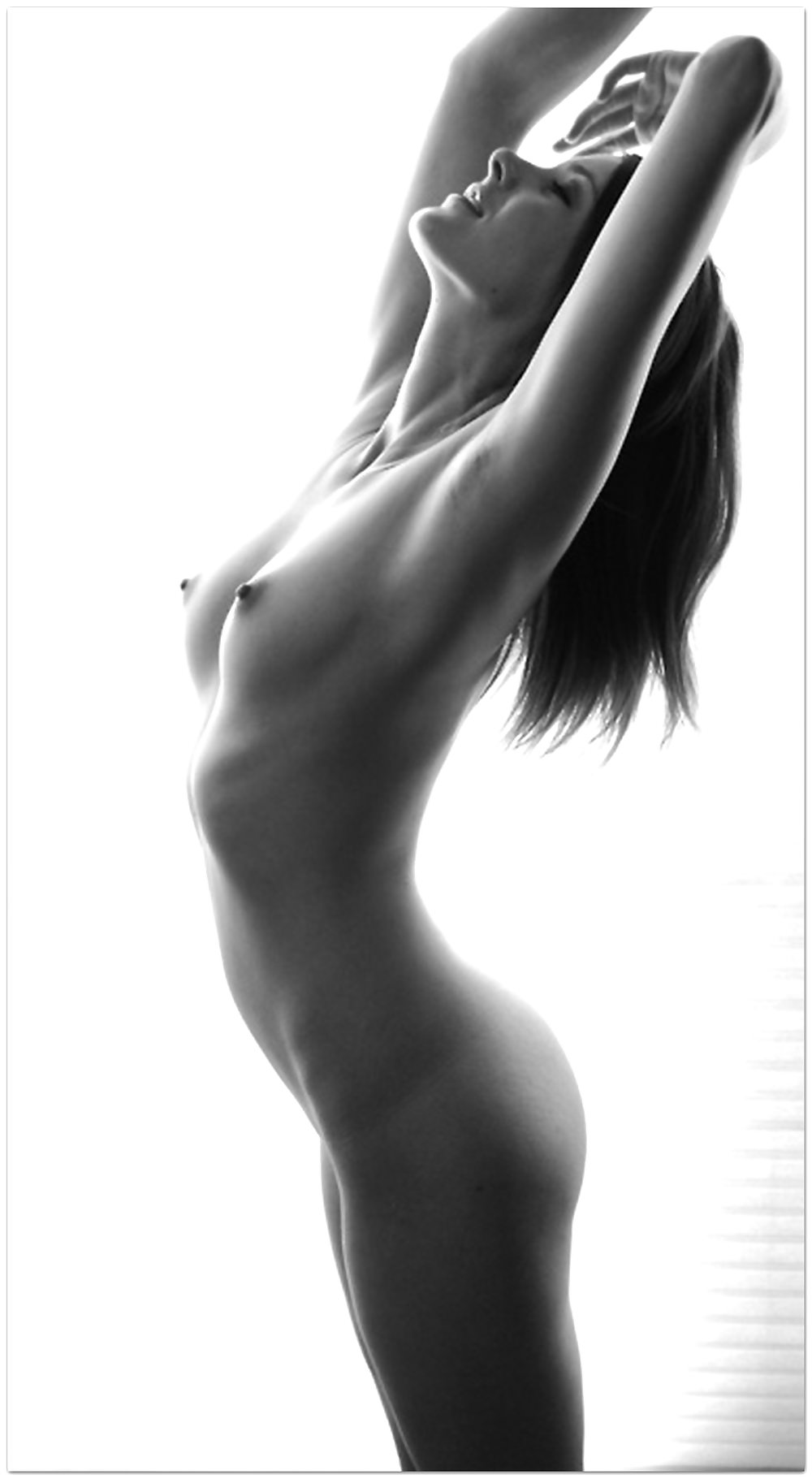 I used to work out at the small gym near my office. Almost everyone works out with a trainer, so there are really just a few people in the place at any time. I’m friends with the owner so I’m allowed to come and go as I please, and can work-out on my own. One of the trainers, Jill, was a complete knockout. She’s 28, about 5’10”, long shapely legs, short blonde hair. Very pretty with sexy brown eyes and rich, full kissable lips. Best of all was her incredible body, toned tight and very strong yet still maintaining womanly curves – oh yeah, in fact her breasts were luscious and full, her ass round and so tight it didn’t jiggle. The outfit she wore, while completely professional, still managed to accentuate every inch of her spectacular body. It would be hard to concentrate on exercise while looking at her, so I admire the guys and gals who could. As it was, working out and occasionaly seeing her there was sweet torture, as my always active sexual imagination wouls go into overdrive. So many possible ways to please this woman and myself! We were friendly, talked a little, but never really flirted – I think I was inhibited because of my friendship with her employer. I did notice her sneaking looks at my body sometimes while I worked out, whether from personal or professional interest I couldn’t be sure. Once or twice I swear she was checking out my package as I was walking by.

Anyway, sue to work I hadn’t been over there for a few months. Today I went by at lunchtime to begin the process of getting back in shape. Maybe it was the bad economy now, but the place was deserted—-except for Jill. She was working hard on her abs, stretched out on a large gym ball, sitting up and twisting while holding weights in each hand. She was dressed to work out, in shorts and a tank-top. Straining, she just kind of grunted at me as I walked by to start my own routine. She looked so fucking sexy on the ball, sweating, every muscle of her tight body working.

Soon I was sweating myself. When I was sitting on a gym ball, pulling cables together in front of me to work my pecs, Jill appeared in front of me. Very close in front of me, not saying anything. I got aroused and found it hard to concentrate. She watched me pull a little and came closer, so that she stood two or three inches in front of me. With me sitting and her standing, that put my face eye level with her belly button. I couldn’t help inhaling her aroma, which was definitely interesting – sweat overlaid over a light refreshing perfume and something else…I inhaled a little deeper, managing one more rep of the exercise. Wow, I’d know that smell anywhere – she was excited, and her pussy was getting wet. Oh, it smelled so nice, and she was so close, not saying a word, and we were all alone.

I put down the damn cables. She moved even closer. My face was in a lovely place, halfway between her pussy and her tits.

With that sweet smell coming up, I decided to go down. I got off the ball, kicked that thing away, and got down on my knees. I pulled her shorts down to the floor. She was wearing red thong panties, but not for long. She pulled them down for me, quickly, and spread her legs a little. I inhaled deeply as my already hard dick began to throb with anticipation. I took a lick of the hood over her clit. She moaned. I licked all around the outside of her pussy lips. She moaned some more. I mouthed her clit and sucked on it. She said Oh Shit. I stuck my tongue as far up her pussy as I could, tasting the hot sweet wetness which dripped down. I’m getting hard again now, remembering this as I write! I lied down on my back on a mat, and she put her pussy on my face. As I ate her out I grabbed her ass and rubbed and squeezed those tight round globes. She ground her pussy into my face, coming on me as I ate and sucked her. She leaned back and grabbed my giant hard-on through my shorts. She turned to the 69 position, pulled my shorts off and proceeded to suck my dick like its never been sucked before. Up and down the shaft, putting it in her mouth to the root, holding my balls while she sucked for all she was worth. My dick was harder than its ever been, 8″, thick, throbbing. I pushed her pussy off my face and pulled my cock out of her mouth. She looked at me and smiled, got on her hands and knees on the mat. I got behind her and started fucking her doggy style. I could lie like in some of these stories, and say we did it for an hour, but no way. We were so incredibly excited it couldn’t last long. I pounded her as hard as I could with my 6’3″, 230 pound body while she said “YesYesYesFuckMeFuckMeOhshit its so good” the first thing she said to me since grunting hello “ImCummiiiiingI’m Cummiingg” That was all I needed, I exploded as thrust into her again, so fierce and hot and wet and awesome.

Jill laid down fully, me pressed on top of her. We were a sex smelled, sweaty, spent pair.

In a few minutes when the ecstasy ended we got up. WE picked up our clothes and went into the mens locker room. WE stripped completely – we still had our sneakers and shirts on. Her breasts were so lovely to look at, large yet with zero droop, as perky as can be despite there size. We got into the shower and soaped each other off, kissing and hugging as we did. She kept kissing my lips and saying she wanted to do that for two years but was afraid. I kissed her back and said to never be afraid, there’s not a man alive who wouldn’t want her. I started to touch her breasts and played with the nipples, I couldn’t believe how nice it felt, in the steamy hot shower, her glistening shiny body next to mine, her incredible breasts in my hands. My dick got hard again as she squeezed and played with it. Jill told me to turn around so I did. What wouldn’t I have done immediately for her? She held my hard cock from behind wile she put her tongue on my freshly cleaned anus. Despite the heat of the shower I shivered as she licked and ate my ass hole while holding my balls. I couldn’t believe I was so hard again so soon after cumming so hard with her 10 minutes ago. I had to fuck her again…..and again…..and again……