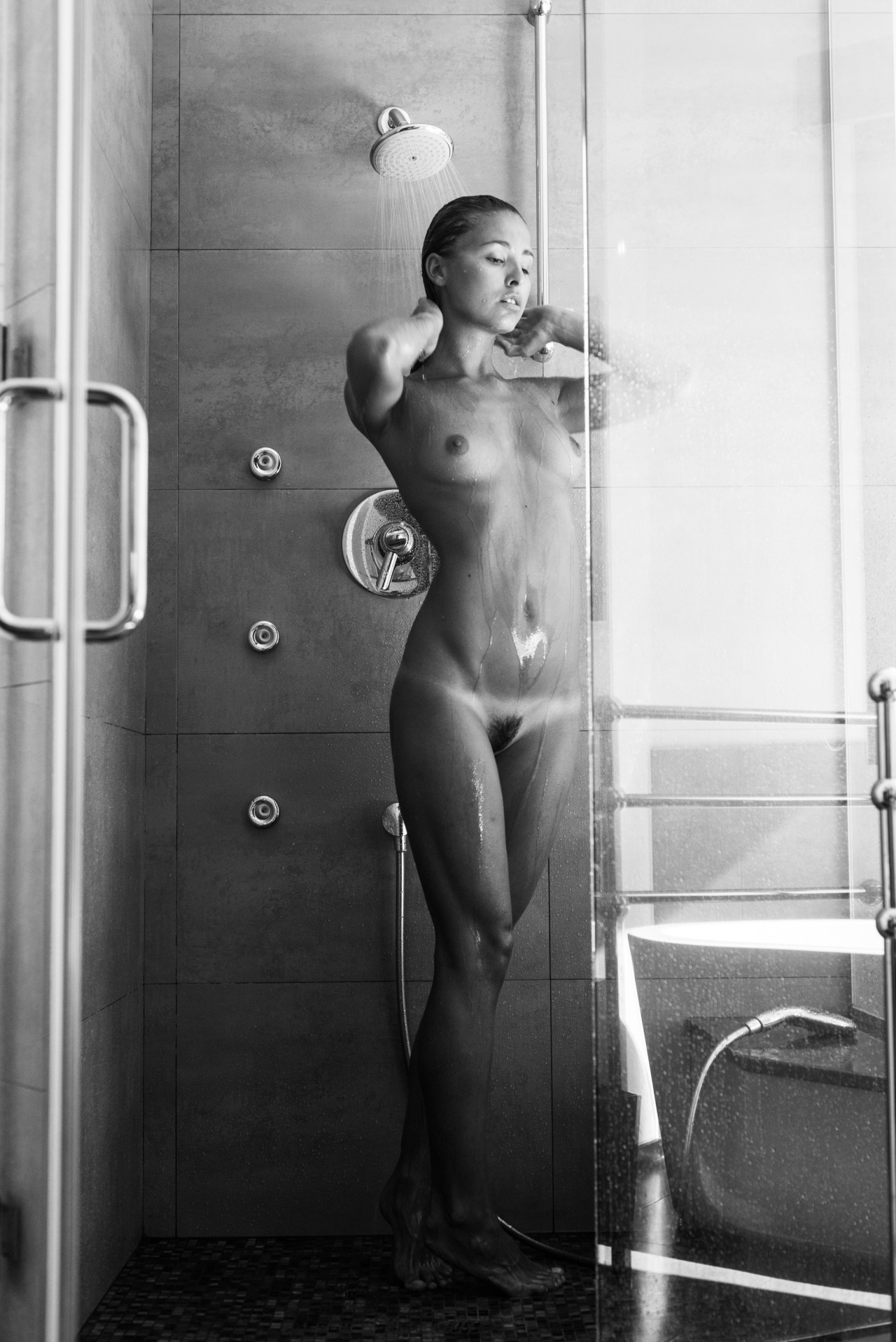 At bedtime three days later, Mary laid her hand between John’s legs. His dick was limp. “The good thing about a limp dick is you can get it all in your mouth if you hurry,” he smiled.
A good cue, she thought, leaning over and taking the entire penis into her mouth, and remembering the many times over the past several years when he would just turn over and lay on his stomach, pretending to be sleepy. It’s she thought, mushy, and delicious. Tastes good like a good cock should. She couldn’t remember the last time her mouth had surrounded his soft member. She laughed, a muffled noise, and John wondered what she was thinking of as he watched her lips hug the base of his penis, her cheeks sucking inward.
Her tongue slid onto the tip, the penis still mostly soft in her mouth, and she tasted a slippery wetness that was not from her. Ummm, pre-cum. Doesn’t taste like anything, but I know he’s getting excited.
She allowed it to slip out, knowing it wasn’t quite the right time for some hot and hairy sex. His manhood was about half-erect, maybe 4 inches long, like James, her whose fully-extended cock was only that long. Well, she thought, size does matter, but a four-incher can still fuck the hell out of you – which I never really knew before! And it’s nice to be able to deep-throat a totally-erect prick like James’. Certainly can’t do that with John’s! Variety IS a good spice. Oh, I hope we don’t have to quit now with our Toys. And he’s been such a good sport so far.
Mary laid back beside John, idly stroking him and determined to turn him on. Maybe if I talk dirty.
“Baby, I love your cock, I loved it when James was fucking me and you slid your big cock in my ass. And best of all, I loved that you were watching me get it on with James. I was playing to you as my audience, you know.”
”Ya know something, hon?” he said. “I like hearing you talk dirty like this.”

“Well, I’ll try to improve! “
“Do it some more,” he urged his newly-adventurous wife.
“It’s been a long time since I’ve seen you jack off….and then watching you and James both do it just made me wild. I thought of the craziest thing I could do then, that’s why I stuffed my panties in me – pushed them into my pussy.” John felt himself harden at her words, glad she was acting like a slut now.

“Our sex life has certainly kicked up a notch, hasn’t it?” he said, enjoying the casual manipulation below and realizing for the first time in a long time that he wasn’t necessarily being expected to go the distance. Now, that’s a neat thought – getting felt up and not being expected to go all the rest of the way. It came into his conscious mind for the first time that sometimes, sex was just too tiring. The fleeting thought hit him that some men preferred a good game of golf to sex, and he understood now why.

He realized that she was just playing with it, not expecting him to “have sex” with her. This was a shock, not being expected to “complete the act” just because she was stimulating him. This was a new kind of sex between them, reminded him of high school make-out sessions in the car or on a couch, when it would get hot ‘n heavy but everybody knew it wasn’t gonna go to third base…and that was okay…and hot!
“This is high gear!“ she answered, holding her hand now to his mouth, asking him to lick it….then resuming her wet, slow stroking. “It’s said Mary. “I’ve done things I never imagined I would ever do. I’ve seen you do things that years ago would have made me mad. Driven me nuts. And even more surprising, I joined in! And I’m not even a /> “I know,” said her husband. been very fair about this whole thing so far, Mar – you took James and I took Kelly. I just wonder how wild it can get?”
He thought back over the past several weeks since they’d invited first James, then Kelly over. Their sex life now happened more often, unlike the poke she would pester him into before. And it was never the same routine. Sometimes she’d just slut him up — “Beat me off, honey,” and he’d masturbate her and they both were happy. Twice now in the past three weeks, she’d just turned to him in bed in the morning and said, “fuck my boobs”, and he’d climb on her and rub his cock between her tits, and that was the extent of it and it was okay. She’d even suck them while his cock drove incessantly. Sometimes they just kissed. Once, at supper in the kitchen, she crawled under the table while he ate and just rubbed his crotch until he got an erection –“I just wanted to see if I could get you hot while you had supper.” Never before in thirty years of marriage had that ever happened! A couple of times, watching TV at night on the couch, she’d just take his pants off, spread his legs, pull out a jar of Vaseline, stroke him and finger-fuck his ass — “You don’t need to come, I just enjoy playing with you like this,” she said with the biggest smile, her mouth taking possession of his testicles. Once she had him pretend to be her like with James – “Okay, I’ll be the Queen, and you just be my slave.” And once he’d even taken her while she was in the kitchen, cooking, and he’d been surprised to find she was going commando — no panties! My wife is turning into a slut, and I like it.

“John. Tell me what you liked best so far, you know, with what we’ve been doing.”
“Whew. That’s a tall order. It’s like watching twenty porn videos and then saying what you liked best!”
“Aw c’mon, go for it…and you know now I’m turned on when you talk dirty.”
I got excited when I saw you deliberately lean over in the living room to show James your boobs. His eyes lit up! And when you encouraged Kelly to undo her buttons. Oh good lord – when she was blowing me and your face was doing something back at her butt! I was so hard then!”
“Yeah, I think my clit was about ready to explode right then, too, watching her and you like that, with her cute little butt right in front of me. I couldn’t resist it.”
“Mary, when you were on top of James 69ing him and driving your tongue in his ass – wow! I never would have imagined anything like that from my lovely, straight wife.”

“It’s nice to be the boss sometimes, and then just be the Toy sometimes, too,” she revealed.
such a slut,” he grinned. “Were you offended when I called you my whore?”
“Oh honey, I think I love it when you talk dirty and call me sexy names like that. I don’t mind a bit — I get turned on when you do that. I’m in my fifties now, I don’t mind at all being called your slut or your whore. Go ahead, be inventive and we’ll see how it goes.”
“Okay. And ditto, /> “You mean you like it when I talk dirty, too?”
“Yeah. I guess you’ll have to practice – hasn’t been your thing for what, thirty years at least?”

“So, where do we go from here?” she asked him.
just toss out some wild ideas, not that we’ll ever DO them!” he said, “just that they’re Wild Ideas, you know? Like /> “Okay, sure,” she replied.

“Boy oh boy, there’s some thoughts!” said Mary. have to think on them for awhile.” And meanwhile, she thought, I’m jumping on this hot seven-inch she did…with no complaints.