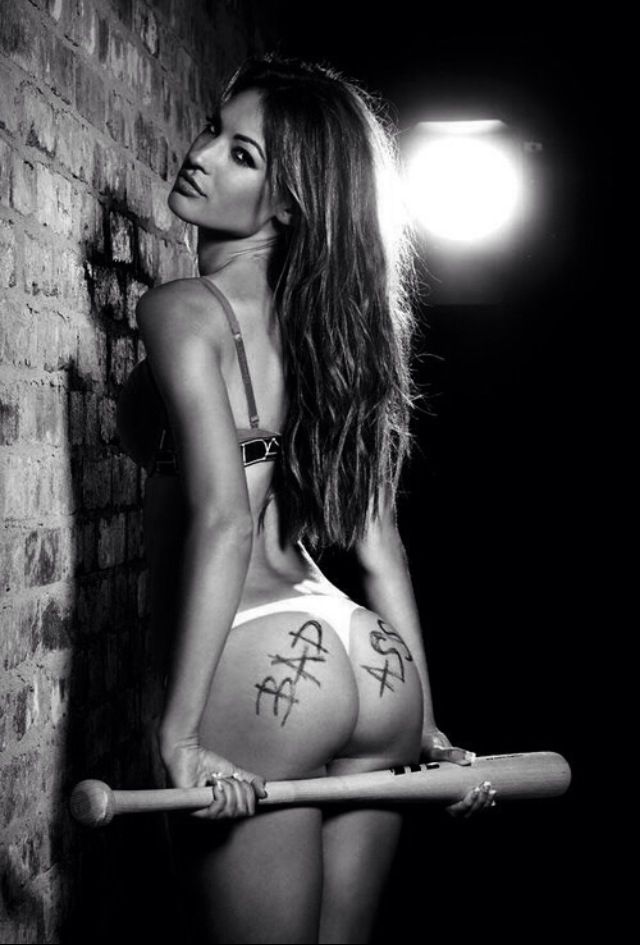 I set my keys down on the kitchen counter and made for the fridge. As I reached for a soda I thought I heard giggling. “God what are they up to now?” I thought. I could see the light coming from underneath the door of Missy’s room. “Prolly watching a porn film or something and laughing about it.” I popped open the soda can and headed to the bathroom. I had been at work all day. I wanted nothing more than a nice shower and put on my sweats. I took a quick shower and as I walked past Missy’s door again the giggling had changed to hushed moans. I shook my head and headed for my bedroom. As I toweled off I heard a loud thump then a lot of giggling. Now I just had to see what they were up to.

I snuck up to the door with just the towel draping over my shoulders and pressed my ear against it. The cold wood against my tits made goose bumps rise all over my body. I couldn’t make out what was going on, but they were doing something. I could hear movement and then a soft moan or something and then more movement. I heard the TV and thought about them watching another porn film. I laughed. They got quiet immediately. They had heard me! I tried to get away from the door but water from my hair had dripped onto the floor and I slipped. I caught myself by grabbing the frame of the door just in time for Missy to open the door.

“Oh hello ummm I was “You were just being nosey!” Missy said with a laugh. “You wanna come in?” I heard Tracy’s thick southern accent, “Ya Sarah, come on in! We were just talkin’ about how it would be better with ya here.” I was lost. I had obviously missed something. As I entered the room I looked around. There was the porn I thought they were watching. Then it hit me, both of them were naked, and there I was with just a towel. Missy closed the door and grinned broadly. “We were just going to have a little “Oh yeah? Just what kind of an experiment are ya talking about?” She promptly rewound the tape.

I sat down on the edge of her bed and was instantly hooked. There were three women on a bed, totally naked. There was a lot of moaning and grinding going on. The more I watched the more turned on I got and realized that Missy and Tracy had both moved closer to me on the bed.

Tracy’s hands slid up my back and over my shoulders. She pulled me back slowly until I lay flat on the bed. She leaned down and kissed me, her soft blonde hair fell forward lightly tickling my erect nipples. Missy climbed down from the bed and spread my legs. I could feel her tits resting against my thighs as she tilted forward. I felt her tongue run along my slit sending shock waves up my body. I couldn’t believe this was happening. Tracy moved her kisses down to my breasts and began to suck them into her warm mouth. As she continued I reached my hand up and slipped my fingers in between her lips easily finding her swollen clit. Her soft moan told me I was in the right spot and I began to roll my fingertips over and around her pearl.

Missy pressed her face deeper into my pussy letting her tongue lead the way. She circled around my throbbing clit, her mouth became slick from my wet pussy. I brought my feet up to the edge of the bed, giving her better access to my sweetness. She took advantage of my position and plunged a finger deep into my pussy. My moans blended with Tracy’s. Tracy began to rock her hips against my hand, pressing hard against my fingers. I stopped fingering her and palmed her pussy pulling her forward. I wanted to taste this sweet southern belle. She got the hint and lowered herself onto my face.

As I slipped my tongue in between Tracy’s lips, Missy stopped and pushed Tracy down to lay on her side, which made me roll over onto my side. Missy closed the circle. Tracy’s head lay in between Missy’s thighs and Missy was between my thighs. A three-way pussy fest!! Once Missy’s tongue touched my clit against I knew it wouldn’t take long before I came.

I focused hard on Tracy’s sweetness. My tongue rolled over and over her clit, pausing to blow lightly then lick feverishly again. All three of us were moaning from the pleasure. Our tongues working each other’s clits frantically, wanting to make the other scream with ecstasy and to feel juices coat our tongues.

Tracy rocked her hips against my face, pressing her pussy firmly into my face. I felt her body begin to tense up as her climax began to wash over her body. She squeezed her thighs around my head and I could barely make out her moans but I could feel her pussy spasm around my tongue. Her juices covered my tiring tongue and mouth. She was so sweet. I lapped up her slick fluid bringing her down from her climax.

She must have doubled her efforts on Missy cause Missy began to moan loudly. Her tongue slowed its movements around my clit as she came onto Tracy’s face. I watched as her body shuddered and then relaxed. She returned her complete attention to me and so did Tracy. As Missy’s tongue plunged back into my oasis Tracy began to suck on my tits again. The feeling of their soft skin on mine, and their tongues both caressing my body was more than I could take and quickly exploded into an intense orgasm. My entire body quiver and shuddered as they both continued. My climax finally subsided and they both made their way up my body for a three-way kiss. All our juices mixed together in our mouths. Missy laughed, “This isn’t exactly what the experiment was supposed to turn out, but there is always next time.” All three of us spent the rest of the day laying on the bed and watching pornos, trying out all the different scenes.