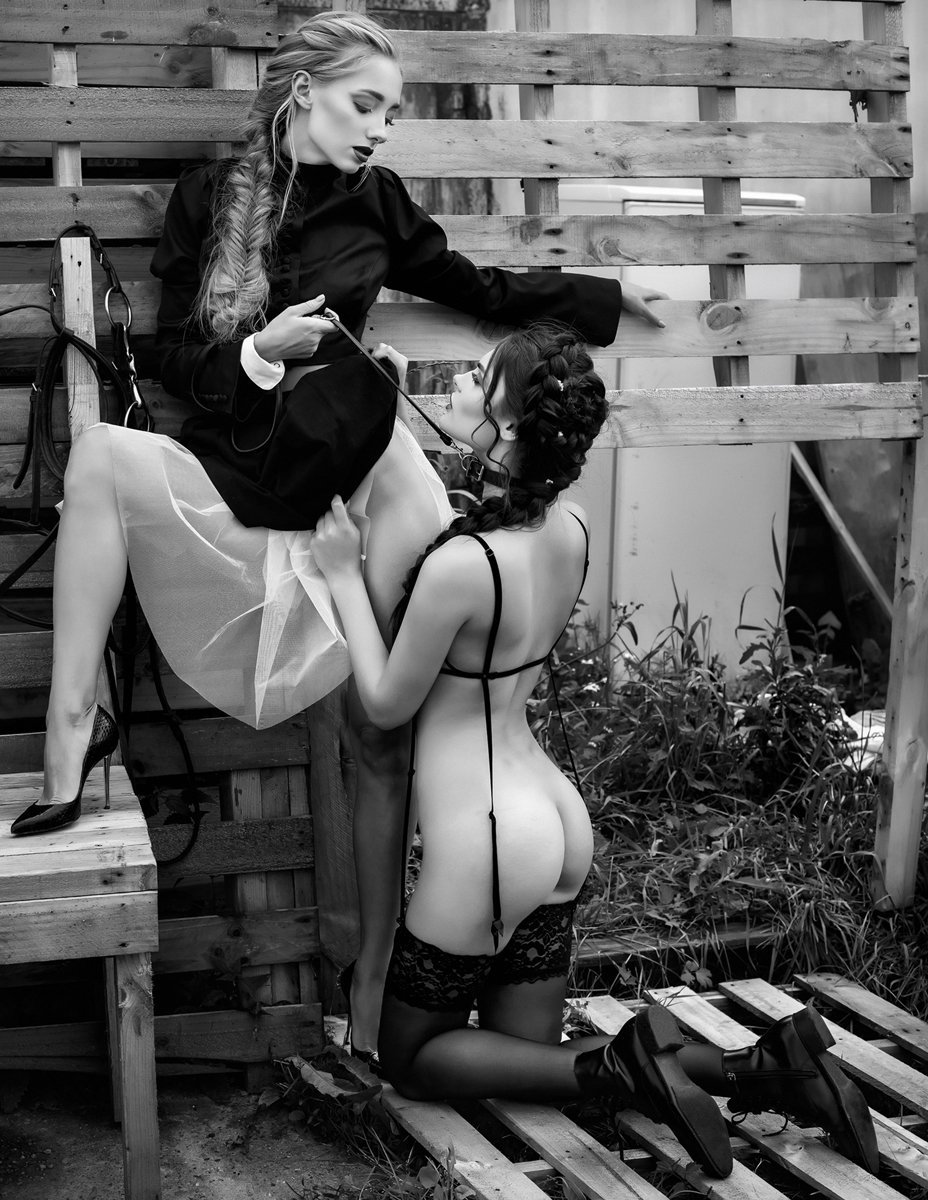 I was suddenly awakened by frantic ringing of the door-bell. Sophie’s head was resting on my arm, she was still sound asleep. I carefully removed my arm from under her, grabbed my boxers and headed for the door. Who on earth it could be, I didn’t know but as I walked towards the door memories of recent events flashed before me and I couldn’t help but break out into a self satisfied smile.

I opened the door to see Madie standing, impatiently. She whirled past me and down the corridor towards Sophie’s room. “Hiya Squirt”, she shouted as she whizzed past. I slowly followed only to be met by Madie coming back up the corridor, from Sophie’s room, with a puzzled look on her face. your big sis?” she asked, as she met me at my own, open, bedroom door. I looked left, she looked right, both into my room. There lay still fast asleep was Sophie. Madie’s hand shot to her face, covering her mouth, she looked at me in shock, “You didn’t, you never… you stud”, she finally blurted out.

Madie made her way over to the bed and sat gently down on it. She reached out and stroked Sophie’s face. I made my way just inside the door. Sophie began to stir at Madie’s gentle stroking. She half opened her eyes, stretched her arms, grinned and said “Hiya Madie, what are you doing here?” Madie shook Sophie by the shoulders to make her more awake, “I should ask you the same question” Madie half laughingly addressed my sister. Sophie suddenly remembering where she was and what she’d, we’d been doing sat up, pulling the duvet up to cover her breasts. “I think it’s a little too late to be modest” Madie laughed. “So what did you two get up to after I left this morning, as if I have to ask”, looking at both of us alternately.

“It’s not, er.. it’s not what you think”, Sophie stammered. “We didn’t go all the way”, I interjected. Madie just laughed, “Well don’t mind me if you two love-birds have unfinished business”, she said as she stood and pulled me over to the bed, then pushing me onto it. “Maybe I can watch” she laughed.

Sophie was regaining her composure, realizing what her friend was laughing at and retorted, “Well you fucked my little bro last night, so you’ve got nothing to be so righteous about”. Madie, still amused at finding that we had slept together said, “He’s not my little brother! That’s called incest you know”. Again I interrupted, it’s not as we’re not blood relatives”. Sophie grasped at my explanation, “No were not, so it isn’t, anyway we didn’t fuck, not like you! Abusing my poor innocent little brother” Again Madie laughed, grasped my loins and said “He’s not so innocent anymore and he certainly isn’t so little”. Stroking my cock in my shorts. Both girls burst into fits of laughter. “At least I can blame the drink”, said Madie, your excuse?”
Sophie, seeing the lighter side of the situation just replied, />
The two girls scurried off to Sophie’s bedroom, I copped an eyeful of Sophie’s rather gorgeous, naked derriere as she past me. This of course led to the, unintentional, rush of blood to my “nether regions”. Madie, looking back over her shoulder, as she left, saw my ever growing bulge, fixed me with a stare and said, “you touch that and your dead-meat!”

I hadn’t realised the time, I was starving, we must have slept most of the day! I made my way to the kitchen and made something to eat. Sitting at the kitchen table I could hear that the girls were gossiping and laughing although unable to hear what they were saying.
The two girls entered the kitchen, helped themselves to food and drink and exited, giving me knowing smirks and the occasional wink as they emptied the fridge.

I turned my head from side to side, looking at both girls. They had both clothed themselves in extra long t-shirts and as far as I could tell, not a lot else. (this could be interesting) I thought to myself. “Sure, why not. It might teach you two something about how to please a man” I brazenly exclaimed, waving my arms about.

“Think yourself a man do you?” Sophie said see just how much of a man you are”.

Madie put the dvd into the box and pressed There was no it started straight away, a guy giving it “Doggy fashion” up a young girl. “I can’t make out if he’s in her pussy or her ?” quizzed Madie to the two of us, “Can you make it out?”

“Why would he stick his cock in her bum?” Sophie asked.

“Nope he’s definitely in her pussy” I said.

“Not now he’s not” Madie shrieked as the guy, quite obviously stuck his member up the young ladies bum-hole.

I wasn’t really watching the T.V. as glancing at it out the corner of my eye, the two real dollies next to me were much more interesting but I didn’t want to appear a /> The scene involved two guys, one girl. Sucking one whilst being fucked by the other, the two guys changing places, then the guys fucking her, one in her pussy and one in her bum.

Madie and Sophie both reached out and grabbed my cock at the same time. Their hands fumbling over me as they attempted to grab a hand full of cock. I helped by removing my boxers.

Both girls, eyes glued to the T.V. fingered themselves to orgasm, whilst tugging and pulling at my cock, their nipples truly erect, pointing through the thin materiel of their shirts.

panted Madie. panted Sophie. “Well you two seem to have enjoyed yourselves” I said. Madie gave me a wicked look and lowered her head towards my cock, still gripping it in her hand she ran her tongue around the purple throbbing head of my penis. Sophie removed her hand and leant in to run her tongue around it, in turn with Madie. “I hope you didn’t play with it earlier?” Madie enquired. “Nope, saved it all for you”, I replied. “And what about me?” Asked a perplexed Sophie. “It’s always available for you”, I playfully replied.

Both girls licked and lapped at my cock, I think they enjoyed it as much as I did. I copped a feel of both their tits. Madie, good girl that she was, removed her shirt, she was indeed naked underneath it. Sophie copied her friend. Now the three of us were all stark bollock naked, the girls sucking my cock and me gropping their tits.

I marvelled at the similarity and yet the difference between both girls boobs, both firm and yet silky soft to the touch, both sets of nipples as hard as rock yet varying in length.
Madie was the first to move, she pushed Sophie’s head away from my lap and straddled me. big-boy, do your stuff” she whispered in my ear as she guided me into her.

My cock slid in, not effortlessly but smooth enough. Madie gave out a grunt as my cock bottomed out inside of her. I didn’t have to move as she rose and fell on me, impaling herself before rising again like a phoenix. Sophie moved on Madie’s boobs, licking and suckling on them. I had two free hands and so, with my left I reached around and cupped Madie’s bum. With my right, I sought out my sister’s pussy. Caressing and stroking both I first inserted a finger into my sister’s wet pussy and then a finger into Madie’s dry ass.

I twirled my finger into Madie’s rear passage whilst probing my sister’s hot wet pussy, firstly with one finger then two. I felt like the king of the world as both girls moaned in pleasure. Madie’s movements became faster and faster, her breathing more and more intense, I buried my finger, up to the knuckle into her rear passage as she gave one final thrust down on me and a deluge of her juices flooded my groin, spurts of cum let forth from my balls, pouring into Madie’s womb. I raised my buttocks off the sofa as I tried to bury my body inside her, pushing all my cock as far as it could go into the young woman.

Madie collapsed off me, leaving Sophie the opportunity to have all my cock to herself. True to form I had stayed erect.

Sophie asked, “I want to, you know, have his cock inside me but I don’t want to get pregnant.” She paused before adding “I’m not on the pill, like you”.

Madie reached to the side of the sofa, I couldn’t see what she was getting but a bottle of lube appeared in her hand. She quickly undid the cap, poured some onto her hand and enveloped my cock with it, smearing it up and down. Sophie looked on, biting her bottom lip, I think she had cottoned on at the same time as I had as to what Madie had in mind.

“Stand up infront of him” Madie instructed. Sophie stood. “No with your back towards him, silly”. She chastised the foolish girl. Madie then put another dollop of goo on her fingers and thrust them, unceremoniously between Sophie’s plump, heart-shaped behind. She soon found her mark and slid a finger into Sophie’s posterior. Sophie a little before as Madie thrust another inside her holiest of holes.

Sitting at the side of me, Madie took Sophie by the hips and gently lowered her onto me, I took hold of my cock shaft, holding it straight and firm. We docked, guided as if by some magnetic force. I felt my cock head peel her anal opening up and gently pushed my hips up to force myself into her rectum. Centimeter by centimetre I slid in her, aided by the goo. Sophie panting profusely as her gorgeous puppy-fatted bum finally lay on my lap, my cock buried inside her. She gave a little wiggle, a little graon and then lifted herself slowly up again. Madie had taken position in front of Sophie, holding her hands and taking the strain as Sophie let her body down again onto me.

“You naughty boy” she whispered as she relaxed onto me., “Until I can get on the pill your going to have to do this to me” she said as she turned her face to me and kissed my lips.

“Hey you two” shouted Madie. three of us here and I want to try that”.
Sophie chuckled causing a ripple inside her. Unfortunately my deflating cock didn’t get the full effect of the vibrations.

Sophie slowly climbed off me. “I think he’s spent” she chuckled to her friend, “Well at least for now”. Madie took hold of Sophie and pulled her to the floor. “Looks like it’s just you and me until he rises to the challenge” Madie said.