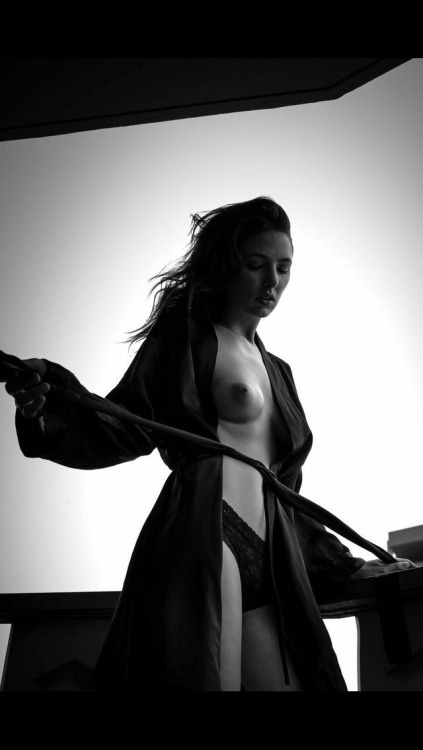 James had just turned fourteen years old when he had his first sexual experience, with his girl friend, Alicia. It went terrible, although nothing really happened anyways they both backed out when something could have happened. James wasn't that disappointed right away, but when episodes like that started recurring he was desperate for help. He began to think that he'd lose his girl friend if he couldn't get the guts to touch her in the ways that she seemed to want it.

James' family was large, for the home that it was in. His mom and dad shared a room, as do most parents of course, but he had to share a room with his two sisters, Kayla and Beth. Kayla was a few years older than James, seventeen, and Beth was a few younger, at nine.

James went to his big sister for help, knowing that she was more experienced than he was. He hoped that Kayla would give him some good advice about what to do, or what to say. And a part of him, deep down inside him, wanted her to tell him exactly what to do and how to do it, and even let him practice on her. Although this part of him was barely felt, it was definately there.

James was the second tallest in his family, next to his dad, at 5'11", he had a bit of athletic build to him, but not actually very muscular. He had short brown hair with blue eyes. Kayla was the opposite of him in appareance. Apart from the different gender she was a few inches shorter at 5'7", although she also had bit of an athletic build, she was a dancer. Her eyes were a green color, with her long dirty blonde hair.

One day James walked into the house with his big sister after school. They were both nervous about final exams coming up, but glad that the year was almost over. Once they got inside Kayla plopped on the couch and picked up the phone to call one of her friends as James got some milk out of the fridge.

All day he had been wondering how he should ask his big sister, and even what exactly to ask her. The tension was making him even more nervous. He knew now was the best chance if he ever got one, their parents wouldnt be home until six, and Beth would be with them. So they had four hours to themselves. James sat next to his big sister on the couch as she hung up the phone and went to get some soda. As she was walking silently out of the room he caught a quick glance of her small, soft ass they stuck in his mind, even moments after she was gone.

"Yeah?" she said as she entered the room and sat back down next to him.

He started fiddling with his cup as his hands began to shake and his face went red, "Can we talk about />
She put a reassuring hand on his shoulder, "You know we can talk about anything lil bro!"

she had been caught off gaurd by the question, "no, but that's an unusual question to ask someone. Why? Are you and Alicia thinking about having sex?"

His blush subsided a little bit as to where she had taken the question, "Well, kinda. But every time we get something going I don't have the guts to make a move or anything, I don't really know what to do even."

"Well, lil bro, if you don't think you're ready to be with her then you're not ready, she should understand that. And about not knowing what to do, I think you're probably too nervous and can't think straight. Does she have any />
"She's said that she has a little…" his nervousness was letting up at the comfort of being able to talk so easily to his big sister.

"That could be a problem too, lil bro. She may want you to make the move, she may like it that way."

"But what am I supposed to do? I don't know how to do anything like that."

"Lil bro, you're a guy, it comes natural to you, just at certain times, you got to learn to relax more." When she saw the still nervous and confused look on her little brothers face she turned away from him on the couch, "Put your arms around me."

"What?" he asked confused.

"I said put your arms around me, like you were holding me."

He slowly crept behind her and put his arms around her and locked his hands at her stomach. "Like this?" he asked nervous.

"Yes, now put your head on my shoulder, act like I'm Alicia. Just do what ever you would be doing with her, when nothings really going on and you two are just sitting together." As he rested his head on her shoulder she said, "Oh, and little bro. Please don't tell anyone I'm letting you do this, it could get both of us in some serious trouble."

The only thing he could get out was, "Yeah," as he had grown nervous. She placed her hands on his and he thought of what he'd do with Alicia right now. He turned his face towards his sisters and shut his eyes as he placed a light kiss on her cheek, trying to picture Alicia, but unable to get Kayla's image out of his mind.

"OK. Is that it?" she asked. When she felt him nod she drew in a deep breath, "Now bro, get a little more bolder with what you're doing. Still imagine I'm Alicia and just let your mind be free, and if you do anything wrong I'll let you know."

In his head James was confused as to what she meant for a few moments. So he just sat there holding her still, feeling the shallow rises and falls of her stomach, sensing that she was slightly nervous herself. He began to move his hands up very slowly, as if by instinct. He didn't even notice until her breathing had grown slightly more rapid.

When he regained conscious control over himself he didn't stop his hands. Soon they were right below her breasts. He was trying desperately to picture Alicia, but her breasts were smaller than Kayla's breasts. Alicia's were petite, and almost flat, where his sister's were more of only slightly smaller than average. He paused there, his hands ready to move and settle ontop of Kayla's breasts.

He forced himself to forget everything for a split second, just enough time to softly and gently settle his hands onto Kayla's breasts. Consciously, he cupped them and squeezed them lovingly, not thinking of them as Alicia's but as Kayla's. Thinking of the breasts he was squeezing as his big sisters. She let out a minor moan, causing James' dick to grow rapidly, he moved his hips away from her slightly as a reaction.

"You're doing good, just keep doing whatever you would be doing if I was her." Kayla said, enjoying the feeling she was getting from her little brother. She was starting to feel the warmth of her pussy concealed inside her panties. In her mind she was begging him to and not cup her pussy the way he was cupping her breasts.

She had never had so gentle a touch before, and she was enjoying it fully. When she felt his hips move away from her lower back she scooched back instinctively to keep as close a contact as possible. Her eyes were shut and she moved her hands ontop of his smiling and moaning softly. Her eyes opened as she felt another kiss on her cheek and then another, they slowly got close to her neck where her little brother began kissing her neck. Lightly at first, but gradually moving to a deep kiss, that she was afraid might leave a mark. Although she didnt care, she was enjoying the warmth, and that with the combined squeezing of her breasts was causing her to produce a louder moan.

His right hand slowly krept down her stomach. He knew what he was doing and was control over it, but didn't feel any control. His sister's moans were causing him to reach a new level of hardness which was making him suck her neck more and squeeze her breast a little harder. Once he felt the change of fabric from her shirt to her pants he stopped everything.

James lifted his head from his sister's neck and looked at her, she turned her head and their eyes met. He slowly moved his lips towards her, as she did the same. They kissed lightly at first, gradually opening their mouths, locking lips, then grinding their tounges to gether. James had renewed his squeezing and even started a slight humping action against her lower back. After the kissed they gazed into eachothers' eyes for a moment then kissed again.

He slowly let his hand drift down gliding over the front of her pussy until it stopped. He cupped his hand and brought it snuggly up against her pussy, feeling the heat of her through her pants and panties. She let out a loud moan in their kiss and broke it to moan even louder. He began squeezing her breast and pussy at the same time for what seemed like hours, with a soft humping action against her lower back.

He kissed her neck and began sucking again as he took the hand off her breast and slowly lead it up under her shirt. She shivered at the feeling of his fingers grazing her stomach and her bra. His hand started creeping under neath the bra and cupped her bare breast. At that same moment he cupped hard on her pussy and humped hard against her lower back. She knew he had never touched an actual breast before. He began his previous rate of cupping her breast and pussy, although he increased the humping of her lower back, which was partly turning her on.

James found himself staring into his sisters eyes again as he grinded his middle finger against his sister's pussy slit. Her pants were very wet and warm, he was humping her back still, softly. He was surprised when her legs shook more and she planted her lips on his hard. He cupped hard on her pussy as he felt the rush of more wetness and warmpth just a second after she pushed her lips on hers. His hand was getting tired, and something told him that she was too, but she wasn't done.

Sensing he was finishing up Kayla pushed her little brother back on the couch. She began rubbing and squeezing her brothers hard dick through his pants. Without warning she krept up him and kissed him, their bodies pressed hard against eachother as she rubbed and jacked him off through the fabric. In just a couple seconds he had his own orgasim, and she got to feel the wetness and warmpth that he did.

James couldn't talk, he just nodded as his sister sat at the table with her binder and began doing home work. As soon as he regained complete control over himself he clicked on the TV, just a minute later his parents and little sister walked in the door, he hadn't realised how late it was.

Thanks for reading, this is my first story and all kinds of smart comments are appreciated. There will be more to this story line, and I hope you enjoyed reading it.