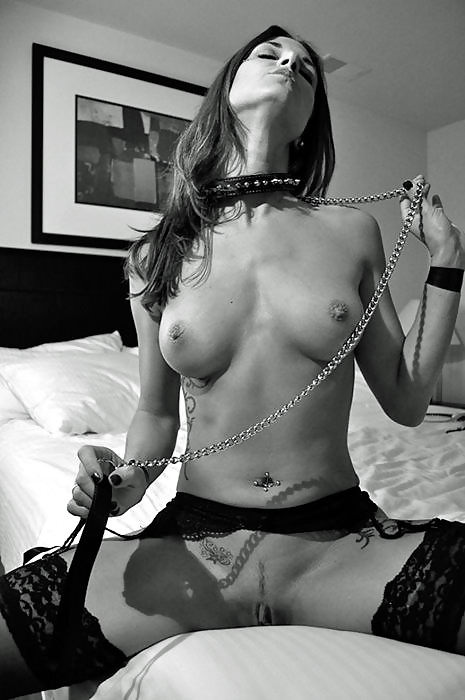 I've recently divorced and am now single again. I'm bisexuel. I'm not really looking for any long term relationships and enjoy having my own place and my independance again.
My favourite sex is with a girl and two guys. I like the different combinations.
I get really exciteable around my ovulation each month and often end up having some great experiences.
An (ex) boyfriend took me to portugal in his camping van once. I don't enjoy camping at all and was thinking I would be much better off with a guy who could afford some really expensive hotel rooms instead.

We were driving back home to france through the center of spain on the long barren highways. It was hot and he had no air conditioning in his van, of course. I was wearing a short thin summer dress with nothing underneath. The dress was very see through but as we were going to be in the van all day long I didn' think about it. It was cooler and more comfortable like that. My boyfriend had already shot his load inside me that morning and I just hadn't bothered to put my panties back on. Besides, I was still feeling really sexy and had been left very disappointed from the all to brief morning excitement.

My boyfriend asked me if I was hungry. I said no I wasn't hungry but that I was bored. He wasn't listening and pulled into a restaurant on the road side anyway.

I tied up the straps on my high heeled shoes and followed him into the restaurant. My boyriend wasn't paying any attention to me, just thinking about his food no doubt. I knew I should have probably put some underwear on but I was feeling really sexy and I was frustrated from the boredom of the long drive. The restaurant had a few truck drivers and was filled with thick cigarette smoke. They were all looking at me as we walked in and sat at the bar. I had difficulty trying to sit on the high bar stool. My shoes kept slipping on the metal foot rail and I kept having to pull my dress back down as I was slipping off the seat.

The barman was staring at my perte excited nipples which were now very apparent through my thin dress. My boyfriend was busy with his tapas and I was getting very excited knowing the attention that I was getting. I was ovulating and seriously in need of some long hard attention that my boyfriend was just not giving me. I prefer well dressed men (and women too) and I like chic restaurants and hotels. But after that has got me into the right sexy mood the truth is that I like it hard and dirty and when I'm orgasming I always fantasize that I'm being gangbanged with lots of spurm dripping from every hole and with guys shooting their load over my body, face and hair. Once I had a girl pee over my face as I flicked her clitoris with my tongue.

I used to work in a bar and I know that men are usually more timid and well mannered when facing a sexily dressed woman. If a drunk starts behaving badly the others are quick to prove themselves the perfect gentelman ! But I was not too sure about these spanish men and a little worried for my boyfriend. But I was horny and enjoying the attention. I could feel my juices rubbing between my thighs I was so horny. God only knows what would have happened if I didn't have my boyfriend with me then !
Anyway after my boyfriend finished eating he got up to go to the loo. Immediately an unshaven, but quite attractive, man stepped over and tried to say bonjour in french, making some of the other men giggle like school girls. I smiled and asked if he spoke french. His hand slide down the side of my dress and onto my leg. I smiled and trying to look offended said "je vous en prie" while his hand moved straight under my dress along my inner thigh. He didn't leave me much time to open my legs a little as he started to massage my very wet pussy. I thought I was going to have the fasted orgasm in my life when suddenly he pulled his hand back and his expression completely changed. He said bonjour to my boyfriend and asked where we were going. My boyfriend replied and said lets go to me. I followed him out and turning slightly said goodbye.
As the door shut the near silence inside became more audiable immediately.

My boy friend asked what that was about and I said that he was just being friendly. We continued driving on the long boring highway homewards. My mind was drifting off back to the truck drivers bar, thinking back to my younger days when I had done some stripteases in the bar where I worked. I think they would have gang raped me at this spanish bar if I had done anything like what I did when I was younger.

I started squeezing my hardened nipples and then massaging my breasts. My boyfriend started to look at me curiously. I parted my legs and started to play with my pussy, at first caressing and squeezing my erect clitoris like my nipples. When I worked in the bar in belgium as a young girl the boss really wanted to fuck me. I didn't let him at first but whilst he drove me home early in the morning after a nights work I would do a little masturbation show for him on the leather passenger seat of his BMW. He would park somewhere and wank himself furiously to my little show.

Then he started worrying about the cars overtaking us, incase they could see. I pulled my dress off over my head, completely naked except for my high heeled shoes. I put my feet up on the dash board of his van and spread my legs out wide, rubbing my pussy. The truck drivers on the otherside of the road were just staring down into the large windscreen of the van, getting a full view of my open pussy.

I arched my bottom upwards pushing my pussy further forward so that I could get my finger all the way up inside my bum from behind. I always need something in my bum to make me orgasm ! I could feel all my muscels tense as my orgasm felt like it gushed out. I checked to see if I had squirted as it had really felt like it. I never do but it always feels as though I have.

I slipped my dress back on and smiled at my astonished boyfriend who could only ask what I had to do that for. I replied I was bored.