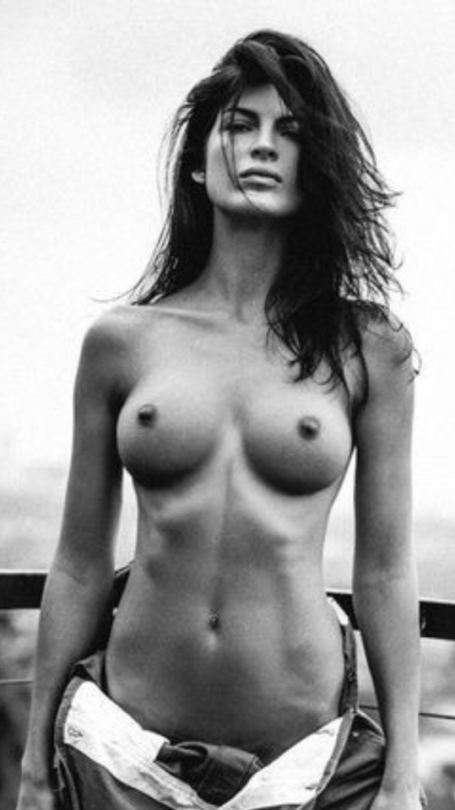 A few classes after the midterm, I finally returned his sideways glances. I’m usually hyper-sensitive to lust, almost incapable of rejecting it; but I had been getting fucked so well by Steven that I suppose my wandering eye had, miraculously, been shut.

I sat right beside him for weeks without acknowledging the way he flustered and fidgeted, and yet he still chose the seat next to mine, coming in a second behind me even if I was late. I had given him the once-over–more than once, assessing his businessman vibe and noting a cut physique underneath it.

But young professionals were the types I usually stayed away from, even if they were physically appealing, because they often required a commitment of some form. I wasn’t looking to fall in love and settle down, nor was I interested in augmenting my full-time school and work schedules with daily coke binges capped by weekend clubbing in the city. Those extremes tended to be the primary modes of the white-collar college kid. I prefer blue boys, dumb and coarse, eager to learn and even more so to fuck. After all, I’m going for my master’s in English; sex and education are my greatest passions.

Yet despite the initial dismissal, my eye began peeking out at the prospect. Steven was starting to cling anyway, and no matter how good I got dicked, I still got bored.

He had warm skin, almost certainly Italian-American. His dark hair was thick but clean cut, and his shirt had one too many buttons undone to be work-appropriate. I looked down to his khakis and caught him adjusting himself, giving his cock a little shift through the pocket and leaning forward to disguise its bulge.

I shifted my chair an inch to the right and turned my face slightly toward him. I murmured, “chill out. Your pants are />
In the corner of my eye, his cheeks seemed to flush. he muttered. “I get a class.” He attempted to smooth out the wrinkle over his crotch.

I smiled and leaned closer, so that my voice would wind directly into his ear. “I you never have to apologize for having a healthy sex drive.”

not–,” he began in protest. I brushed the top of his thigh with my wrist, and he froze. His face turned from a look of bewilderment to anguished lust.

it’s my turn. I’m sorry I bumped into I smiled sweetly and naively.

He stared at me for a moment, and licked his lips. I stared back, and dropped my gaze to those lips, biting mine in response and raising my hand to caress my throat.

His body tensed and his head whipped back to the front of the class as my teacher asked another useless question.

I purred, and this time let my hand drift to his lap and drop there. Something big pushed against my fingers, and I gently prodded back. He left out a sharp breath and grabbed my wrist, but he didn’t move my hand.

“Are you insane? What are but he didn’t finish this statement either. I had pressed my hand onto his shaft, harder this time, demanding. We turned to look each other in the eyes. His were a beautiful golden brown flecked with green, and I noted that his pupils were dilated.

I grinned and peered around him to make sure everyone was focused on the lecture. When I was satisfied, I slipped my hoodie off the back of my chair. “Put He understood, and draped it over his lap.

I immediately squeezed tightly on the lump that was swelling in his lap. The cock he was hiding in there was huge, and it was already throbbing. I felt a wetness begin to condense in my panties.

He closed his eyes as I teased him, letting my fingers alternate between idle drifting and ruthless stroking through his pants. Occasionally I stopped altogether so that he could cool down. With ten minutes left in the lecture, I quietly undid his belt and clasp, and reached in to grasp his tool.

His cock was easily eight inches, and it was thicker than any I had ever palmed. Almost too big, honestly, but I ran my hand up and down it, cupping his balls for a moment and then working my way back up. I hugged the head of his dick with my fingers, milking his boner for all it was worth. I wanted him to be good and ready for what I had planned. Just when he was on the brink, I withdrew my hand abruptly and snatched up my hoodie.

The class was dismissed a few moment later. He scrambled to button his pants and loop the belt. I leapt out of my seat and bounded for the door, first out. I began striding down the long hallway. Three quarters of the way down, I looked over my shoulder and saw him careen out of the classroom, looking in the opposite direction, but I was sure he would spot me and follow.

At the end of the hall, I went into a quiet stairwell. Rather than go down to the exit, I went up to the floor of instructor offices. The lobby was dark and unoccupied. I waited to hear footfalls on the landing, and crossed to the office of one of my professors, Dr. May. She was an adjunct, but we had developed a close relationship since she started in the fall. I knew she was on campus on Thursday evenings for the upcoming double block, and I also knew that she often neglected to lock her office.

I pushed the door open partially and slipped in. Empty. There was a standing lamp in the corner, and just as the door at the top of the stairs opened behind me, I briefly flicked it on and off.

In about ten seconds, he entered the office. I was already kneeling on the floor in front of the desk. He took two tentative steps forward. My outstretched hand caught his belt and unbuckled it once again as I towed him the rest of the way. I pulled his pants and boxers down, and positioned him in front of me.

I palmed his cock, still half-hard but in need of encouragement. My tongue flicked out and met the head, rolling around it slowly and savoring the taste of his meat. I loved to suck dick, possibly more than I loved to fuck.

In one swoop, I shoved him to the back of my throat and slurped as I felt for his balls. I worked up and down his member, salivating and swirling my tongue around the shaft.

He let out a husky groan, grabbed my hair and pushed his penis further into my throat, fucking my mouth. He became so rough and violent that I almost sputtered, not a common occurrence for me; but I caught my breath and redoubled my effort.

On the next stroke, I swallowed him whole, all the way to the base, tongue bordering against his ball sac. He howled, and a hot load exploded into the back of my throat.

When his orgasm was completely finished, he sighed and stroked my hair for a moment. Then he surprised me by buffeting my cheek with the back of his hand.

I was shocked, but it was a sweet reward. My pussy gushed as the pain registered. I let out a long, low whine of pleasure.

Before I could fully enjoy myself, he grabbed my hair and twisted my head up toward him. “What the fuck were you thinking, bitch? You don’t even know my name. You’ve never said a word to me before today. Then suddenly you think I’m today’s plaything? Fuck no. Now it’s my turn.”

He hauled me up to my feet and took my chin into his hand roughly. Now that my eyes had adjusted to the dark I could see him clearly in front of me. He smiled sadistically, but his eyes softened and he kissed me, tenderly.

Regrettably, his kiss was sweet and passionate. I melted as his lips moved against mine. I was never into kissing, but the way he nipped at my lips and pressed against me drove me wild.

I hardly noticed as he lifted me onto the desk behind us and hoisted up my dress. His fingers worked around my panties and rubbed my clit. I moaned into his mouth, and in the darkness around us I saw stars bursting.

In one second his cock was against my slit, and I was so sopping wet that it took no effort to plunge into my pussy. In one movement, he slammed into me and slid me closer to him. Wave after wave of ecstasy came tumbling in.

As he bucked against me, he sucked on my lips and neck. One hand dropped to my waist to keep me from backing away from his marauding member while the other tugged down the top of my dress and began teasing my tits.

He slowed down and pulled his prick out to turn me around and bend me over the desk. In another second, he was buried back in me, ruthlessly destroying my cunt.

He pulled my arms back and squeezed them to bruising while he railed against me. I was pushed down harder into the desk, muffling my moans into the scattered stacks of paper. I felt him become more and more frenzied, my pleasure so great I could hardly focus on anything else.

He reached one of his hands up to my neck and pulled so that my back arched and my pussy opened up even further to his plunging cock. He throttled me as he continued to pound against me, and as I lost air I became more and more satisfied.

My spasms subsided into quivers, and I fell limply to the desk. When my breathing calmed, I straightened up weakly and looked up at him. His tan skin seemed to have a golden glow in the dim light of the office. He had taken a box of tissues from the desk and was cleaning himself. When he saw my eyes widen on the cock that had just impaled me, he chuckled. I blushed. He pulled up his khakis and stepped toward me as he buttoned them.

he said quietly, putting his hand to the cheek he had battered and caressing it delicately.

And then he walked away, out of the office and across the lobby. As he opened the outer door, light streamed through the cracks and illuminated his sculpted frame. I realized he hadn’t even put his shirt back on and I nearly came again.

Swooning, I sat back on the edge of the desk, high on multiple orgasms and the radiance of potential. This was not what I had been expecting when I opened my eyes for a peek, but perhaps I had been wrong. Maybe it was time to mix business with pleasure…