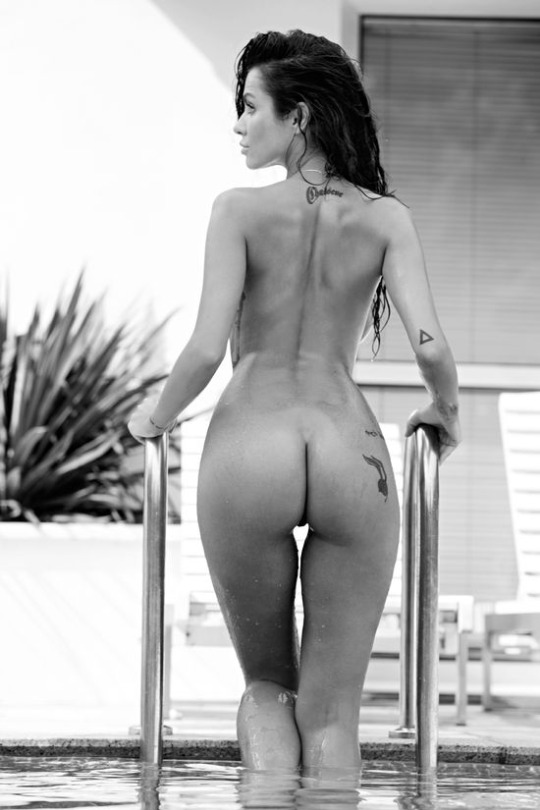 My girlfriend has a couple of sisters and i had my fantasies of them, but i never really got into her mother. she's a bit loud and obnoxious (like one of her daughters), but she is still very cute and has a nice body for a 50yr old.

i first started fantasizing of her because i was driving her back to the house and she was in the backseat over my right shoulder. she was wearing a dress, but i guess through the ride, it kind of bunched up a bit. we arrived at the house and i turned to say goodbye, she thanked me and spread her legs to get out and i got a glimpse of her pussy. holy fuck, she had on the garter and thigh high hose, but there were no panties! i could see a strip of pubic hairs, nicely trimmed, pointing towards her pussy lips. after all her kids, it looked really hot; not much in lips, mostly just the crack. i tried not to show my surprise, but it may just me, but i swear she held that position just long enough so i could get a good look. she got out of the car and slinked up the steps, swaying her ass, was this a sign?

a couple of weeks later, i was at their house while everyone was at work, they own a small business so usually no one is home in the afternoon. im in and out all the time, but no one reallly expects my presence. i heard the door open and my GF's mom came home talking on her cell. i tried not to disturb her, but she was speaking really loud and talking about how she was gonna be real "nasty and dress like a slut". apparently she was cheating on her husband with another man! i had no where to hide and she found me in the study doing my work. she hung up the phone immediately and asked me what i was doing there. i played it cool, but she was really freaking out, flustered, blurting out excuses, but i kept silent working my eyes over her body, admiring her tits and imagining under her skirt. she told me she had a but nothing more than that and pleaded for me to keep silent. "if it's just a friend, why would you have to worry about anything?". her thoughts were racing and i knew she was uncomfortable with my silent stares, my gaze was ripping at her clothing. she asked me if i had anything to say, could she trust that i hold my tongue. "i don't want to interfere with your affairs, whatever you do is your choice…." she was relieved, she let out an exhale mentioning what a good person i was. before she walked out "….oh yeah, you looked really, really sexy the other day in the car, don't wear underwear often?" she froze, sputtering, but not saying much, saying it was an accident and didn't mean for me to see her privates. "well, i think i've been involved now in your personal and physical sense….and when i get involved, i get horny, and when im horny i tend to spout off randomly." she asked what i wanted and what i wanted was to put one more notch on my belt with the whole family and the best, their mother, would be last!

i pulled her towards me and propped her on the desk. her legs were apart and i could see that she had no panties on again. "you don't wear panties often do you slut?" she lowered her head in shame, i grabbed a handful of hair and ripped her to the ground, putting her face to my crotch. i had been hard the moment she came into the room, she unzipped my pants and unleashed my manhood. my cock lurched forward and hit her lip. she opened her mouth slightly to take in my girth, but i latched on to the side of her head and rammed it down her throat. she gagged loudly at the intensity of my thrusts, filling her mouth and throat, saliva forced out of the edges of her lips. when the gurgles started to subside, i knew she had reached her limit.

i put her back on the desk and pushed up her skirt while ripping off her blouse. to my surprise, there was no bra and i could see her light skintoned nipples, they were rock hard. i tried to put her whole breast in my mouth, sucking, biting, she squealed. i was an animal, if she was lacking something in her life, i would fill that void soon. she spread her legs and wrapped them around my torso as i inserted my cock. she started to kiss me passionately, jamming her tongue into my mouth and grabbing my ass as i pushed deeper into her insides. she was becoming the aggressor and it drove me wild. after all her kids, she still felt tight; i guess she doesn't get used as much anymore, and i was willing to break her in again. i wasn't gentle, i pumped recklessly, telling her "how slutty and nasty a bitch she was", she moaned in agreement. i could barely hold myself together when she told me to "cum in her mouth". i got so excited, i pulled out and she stuck her face onto my cock. the head barely entered her mouth and i blasted a load, i got my whole shaft into her mouth and was emptying my juice into her throat. it was extreme, each jerk i slammed her head against the desk but she didn't complain; at least she couldn't, i had ceased her breath by cockblocking her airway. she showed me that her mouth was clean adn then i bent her over the desk to bang out any more post-cum i had left in my cock. i stroked her a bit and then finally resigned that i was done. i was wasted, but i could swear that she had a huge grin on her face.

when she went to go clean up, she got dressed and told me she was heading back to work. i told her to be a little more careful next time and to wear her panties/bra, since that's the second time i've caught her with them down. she laughed and i thought the upperhand was mine, but she went to the door and told me "i don't wear panties when i know im going to be alone with you", she winked and walked out. Shit, she had me by the cock! i went and grabbed a pair of her panties and jerked what i had left into them, thinking when was the next time i'd be alone with her again….