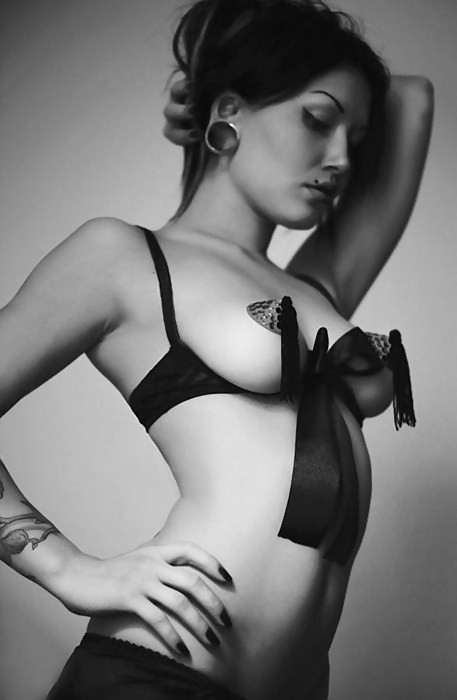 “So you are free to hurt me or cause me pain?” Adam asked.

“In as much as I consider it a necessity to collect your seed, yes I can inflict pain” Siren replied.
“My god, then in theory you could, you could kill me.” Adam stammered.

“If that were to become a necessity, I could do so, yes. However that would violate my primary function, the collection of your seed.” Sirens said in a sweet voice, with a smile.

“Jesus Christ. So I will be here, restricted to this room and live out my days having sex with you?” Adam asked.

“You make it sound unpleasant Adam Barrett. I have been imprinted with a female mind. I can be creative; I have read every text on the subject, from the Kama Sutra, through the entire range of Playboy forums, and beyond. It is possible that we will never experience each of the positions or acts during your lifetime. In any event you will be entertained, and unlikely to become bored, with our interactions. I can also alter my appearance to become anyone with whom you have ever fantasized of having sex. The variations are practically endless.” Siren said.

“While what you say may be true, in the end I will still be a bird in a gilded cage” Adam replied.
“Humans have a saying “Have Faith”, I would remind you of that. All is not as bad as you may perceive” Siren replied. “I believe your requested recovery time is now at an end, shall we /> Adam looked into her eyes, and she winked, as if to communicate something non-verbal, and reassuring. “I am still really tired” Adam said.
“Perhaps you should simply lay back, and I will perform all the labor this time” Siren replied, as she positioned herself over him adjusting her weight so as to present her sex without the weight of her body upon his. She straddled him adjusting herself to present her breasts close to his face. Moving her head slightly she was able to then catch his eyes in hers as she lowered herself onto his swollen shaft. His mouth opened involuntarily to the combined stimulus. Her hardened nipples only inches away, the heat of her body, and the soft yielding flesh of he opening sex caught his full attention. He let out a low moan as his cock became fully engulfed in the warmth of her vagina. The luxury of her wetness and the soft flesh served to spur him forward. He started to rise driving his shaft deeper, but she beat him to it lowering herself to trap his hips against the bed. “No Adam, allow me” She said simply. And with that she began a steady rhythmic motion, raising and lowering herself at precise interval, and just allowing t he crown of his cock to exit before plunging downward to implant him anew. The rhythm never changed, and once again, despite all efforts to forestall his orgasm, Adam was forced to surrender his load deep within her. Siren smiled as she detected the last possible drop of Adams seed being deposited with yet another vial. This time she determined that Adam was indeed spent, and required food, and time to regenerate a useful harvest.
“You have done an admirable job Adam. You have earned you rest. Sleep quietly here, and I shall wake you early tomorrow with a meal, and another day filled with pleasures.” Siren said as she administered the small gas charge through her breath, and directly into Adams awaiting lungs. He was sound asleep even before she rose to disengage from him and step to the collection area to process the seal vials.

In the control room Dr Mauls had watched intently, while monitoring the qualities of Sirens harvest. With each ejaculation the percentage and volume had dropped. Now this last sample was barely above the threshold of acceptable. Quitting for the time was the right move, and would insure more quality harvests in the coming days. As she watched Siren go through the process of separating the spoils her personal communicator buzzed in her right ear. “Dr. Mauls, why have you stopped the harvest, we have eager customer and expenses to cover” Beverly Lasko said without the pleasantries of a greeting. “Yes hello Chairman Lasko. I was about to notify you of the current findings..” she began but was cut off in mid sentence.
”I am well aware of the situation” Lasko spat. “I am monitoring your pet’s progress as it occurs. He should be able to sustain a viable product for several more hours before resting. Why isn’t he doing so?”
“Chairman Lasko, I am aware of some limitation, due to stress, and they play a factor here. If we pursue your goals to hard, we will damage the goods and render a poor crop. Better to delay slightly and have exactly what is required, wouldn’t you say?” Mauls asked.
“I am fairly certain that with the right motivation, we can gather another 4 samples today, and fifteen to twenty tomorrow. I have no patience, to let this play out in a romantic setting. I will allow him this rest period, but starting tomorrow morning he will have to perform like a machine. And if he fails, I want Siren to force him dry.” Lasko said with a sneer.
“I will do as you ask. I have recorded your comments in the event that your aggressive schedule damages this male. You will accept the brunt of the responsibility for any failure, before the other members of council, you understand this yes?” Mauls said in a tone that was both threatening as well as condescending all at once.
“Just get it done!” Lasko shouted. “I wouldn’t want you to miss out on an opportunity to make a personal profit from this councilwoman Lasko” Mauls said under her breath.
“Tomorrow morning I will be sending the eight winners, …I meant to say the most qualified recipients to your facility. Each was guaranteed, and opportunity to be impregnated directly from the source. Your man will be quite busy tomorrow.” Lasko said. “Oh are these women a part of some unknown lottery? How were theses women selected, and by whom?” Mauls asked.
“Dr. Mauls, your responsibility is to have the man ready and able to service these women. The selection process and other responsibilities are not your concern. Do you understand your place? Or shall I have you removed and someone of my selection replace you in charge of the lab?” Lasko added.
“No need for threats Councilwoman Lasko, I will have everything ready for these recipients early tomorrow.” Mauls said in her most convincing voice.

“You had better; I will be there to supervise this action personally” Lasko shot back pressing her advantage, and promptly disconnected before Mauls could respond.

“Oh I’ll have everything ready, but it won’t be what you are expecting, you bitch” Mauls said quietly.

Dr. Miriam Mauls sat in the deserted control room, pondering her next move. Occasionally she would glance at the monitor to see the sleeping man. She had so many conflicting thoughts running about with her head, and a rash of emotions whipped through her. She felt guilt, shame, pride, anger, resentment, and a sense of protectiveness over Adam. She had done exactly what she had been required to do; she had brought the genetically pure man from the past. But left to the decision of Council this man would be reduced to a living sperm bank. While he might be participating in the collection processes of his own volition at the moment that would eventually change. At that point he would have to be physically restrained. If he continued to resist they would direct that a charge be administered to his brain, essentially destroying the personality within and leaving only the functional shell of what was once a man. Siren would milk him at set intervals, he would be kept alive through artificial means, fed through a tube, and until eventually his systems would fail. Then they would start again, with another trawl, and another subject. No. This was wrong; this was something that should never have happened. Attempting to control the global population was at the root of the problem. Historically, man inserting his will into the designs of nature yielded disaster. If only it had not happened. If only they had looked into the future and realized how foolish this mistake was, and how dramatic the repercussion were to be. Miriam Mauls pondered the possibilities for another thirty minutes. Then like a light being turned on, she had the answer. She understood the implications, and what was required. Mauls set off for the solitude of her personal office and began her research.