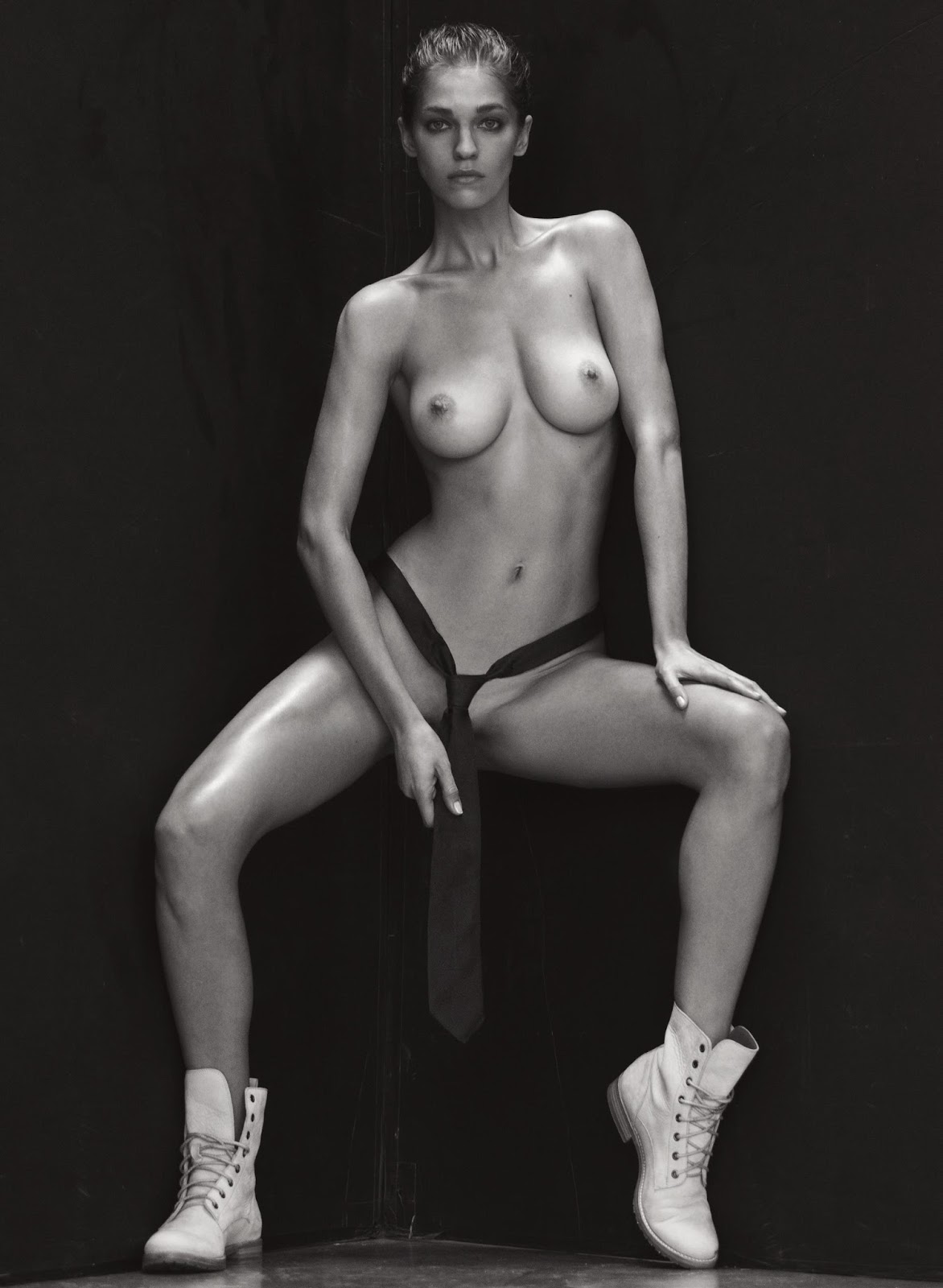 I consider myself a normal heterosexual guy, but because of the need to visit a public toilet a few years ago discovered how much I am attracted to cocks – not guys at all – just cocks. This happened when I was returning from a train trip to the city. I was then 14.

I guess there must have been 10 stalls to choose from, with maybe 3 vacant. I chose number 4.
Upon sitting down I noticed a hole had been drilled between the stalls which were concrete. Love to know how that was achieved but anyway, back the events of that encounter.

I noticed a thick-set guy was jerking off right before my eyes, but all I could see through this 5cm hole was his thighs and cock. His cock was the only one I had ever seen apart from my own – and it must have been about 20cm long. I felt myself trembling with excitement at the sight of this. As this was my first experience at such a place, I became very self conscious and hid my rock hard 14cm penis where it could not be seen

This encounter alerted me to the possibility that other toilets might have such a hole, and I started checking when ever I had the opportunity. Within a month, I discoverd that my local shopping centre had a toilet with a peep hole, and this discovery happened with a guy only a few years older than me wanking his cock in a very seductive manner.

Again, my knees started to tremble with excitement and I again hid my dick while starring intently through the 1cm hole. Within maybe 2 minutes the guy suddenly kneels down and puts his cock right under the wall where I can clearly see it – even touch it!

I must have been afraid he would withdraw it too soon as I took no more than 10 seconds to start gently carressing his thick, 15cm cock with my soft boy hands. I wanted to see it cum…really bad, as if under a spell. I created a pool of saliva and started massaging his monster faster and faster with trembling hands – trembling with the excitement of seeing another guy's cock explode with hot juice! It was heavenly to feel his cock harden just before he released a torrent of hot sperm onto the floor. He quickly dressed and left while I wanked with his slippery warm cum all over my young school boy cock. I was now wanting to try doing what he had just done with me – but as this toilet was in a very quiet part of the underground car park I had to relieve myself after waiting a good 20-30 minutes.

There were two occasions where I managed to have a day off school and made sure I was in that shopping centre toilet with the 4cm hole by 3pm. Around 3.15 a kid about 2 years younger than me [12] comes in and without any provocation from me starts to jerk his 10cm dick right up close to the hole! I had learned to put my finger quickly at the entrance and he then stood up on the bowl and twisted himself around so he could shove his little prick through the hole. Again, I stroked, licked, massaged and sucked his tool in the hope of making him cum but to no avail. Also, he seemed to have a kind of deformity where his foreskin would not pull back to expose his head. After a while, he pulled out and gave me the signal to give him a turn with my much larger circumsized speciman. It was…heaven! His hands were so soft and caring while he seemed to perform a kind of worship on the exposed boyhood I had presented him with. He licked and sucked, then wanked me while keeping my cock head in his mouth! He clearly knew what he was waiting for – and continued his massage unrelenting until he could feel my cock switch from firm to rock hard – when he removed his hand and took me as far as he could, almost the whole 14cm! That was one of the most intense orgasms I've ever had…and it was not the last with that kid as his school must have been very close to the shopping centre because every time I managed to peddle over there he was already waiting for someone!
On another occasion at the same place an 8yo boy came in. This kid was very pretty, almost like a girl and seemed to keep checking me out through the hole. After maybe 3 minutes of this I flashed my 14cm to see what the effect might be. Well…the next thing I see is his legs shaking the way mine had done the first time I saw that monster cock when returning home from the city! But unlike me, he seemed oblivious to his own erection! What I remember most was it seemed much bigger than I would expect from a little kid. He was about as long and think as a my thumb was then – so about 6cm long and 1.5cm diameter…and rock hard.
I was so turned on by the prospect of allowing him access to my hard-on for what ever he could think of, but wasn't sure what to do. I thought I would just allow him to watch me masturbate and see if he ran off or hopefully try it out for himself.
Well, after watching me for at least 5 more minutes I started to wonder when some one would come looking for him! Decision time. I pulled up my pants and half intended to leave when I noticed him masturbating now that he thought I could not see his dick from a standing position. Hmmm…I took out a small mirror that I often carried to this place and angled it over the partition to see more!
He was bent over starring through the hole while holding his prick. I couldn't take it any longer, so I unzipped and allowed just my head to penetrate through the hole. He stopped jerking immediately and moved his face very close to my semi-hard blood engorged cock. I could see his hands tremble their way toward my cock before giving it a hearty squeeze! He released his grip and then stroked me all over, with such a gentle touch I became very hard again…in fact I recall that I was again trembling with the same excitement that I had experienced during my first time!
I continued to observe from my mirror and after a few minutes felt the soft warmth of his tongue as he tested my cock to know how it felt. Licking gave way to popping my head in his warm mouth, just the head at first but gradually, he took in about half as he slowly mouth fucked me. I could feel my balls starting to become tense and my cock harden even more as I became closer to filling his mouth with my hot juice!
I feared he might bite accidently or something and quickly withdrew before splattering a nearby wall with high velocity 14yo cum! I could hear the kid gasp with sexual excitement and didn't know whether to feel happy or a bit guilty at what I had done?
Anyway, I quickly dressed but never saw him there again.

There were also days when a queue of full-on gay guys would have a and take turns at sucking and jerking my school boy cock. Those guys were awesome cock suckers – and would usually begin by kissing my cock all over before suddenly swallowing me whole!
I recall a few who used some kind of lubrication jelly all over me before attempting to slide my 5" pole inside their gay arse! I was too scared of guys I considered 'gay' because of diseases, but eventually I allowed another boy [about 14] with a smooth hairless bottom to push his arse onto my well lubricated cock.
It took quite some time to achieve as I think he was a virgin and very tight! I recall that he would take about an inch and his anus would contract strongly resulting in me being pushed right out!
Once I had 2" inside the contractions just felt wonderful – and they seemed to actually draw me in a little further each time. It didn't take me long to blow a typically huge load inside him.

Another older asian guy with a pretty thick 6 inch uncut cock and lovely soft hands was fantastic at sucking cock…well at least my cock. He really seemed to fall in love with it from the way he would whisper about it's shape and size. When it was quiet, I would slide my legs under the wall for a great suck and wank, but he would usually try to slide me inside his tiny butt-hole when I was close to cumming!. Usually, we'd be interrupted by someone, but if we had 15 mins free he would usually squeeze half of me in and bounce on it till I came. Asians are like teen boys, so tight and eager to please a full grown cock!

/>
I'm really hoping that many of you will share your own glory hole stories, particularly first time or involving young guys, or guys with unusually big or small cocks!
Thanks for reading [and don't forget to write!]