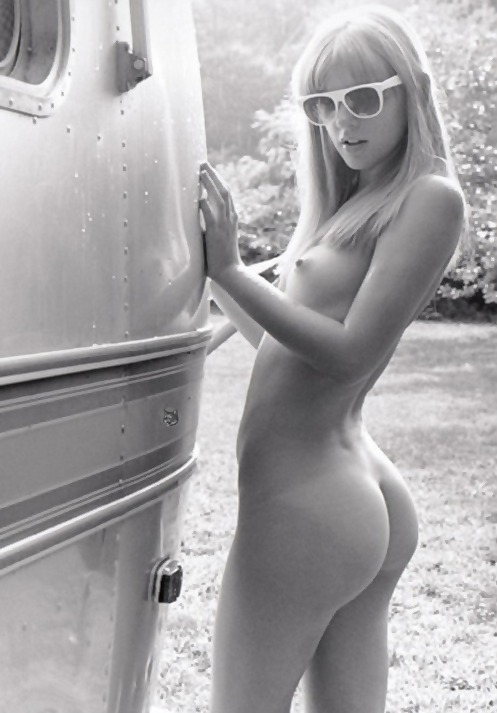 "Hi, Mrs. Sherman," Steve said nervously, "Pam said you wanted to talk to me!" "That is correct young man," she replied sternly, "sit down, please!!!" After taking his seat, Steve fidgeted a bit and after looking out the window offered, "Nice weather we've been having, isn't it!?!" In almost a harsh tone, Mrs. Sherman retorted, "I didn't ask you here to talk about the weather, so let me get right to the point!!!" "Uh, sure," Steve replied, "what ever you say, Mrs. Sherman!? Although he didn't know why on earth Mrs. Sherman would want to speak to him personally, he gathered from the tone of her voice that this was definitely not going to be a pleasant conversation!!! she snapped, "look at me when I'm talking, it's only good manners to look the person in the eye who's conversing with you!!!" "Yes, ma'am" he said softly! "Now, from what my daughter tells me," she went on, "you and she have been have been partaking in all sorts of sexual activity, including fellatio to completion, that is, Pamela has been performing oral sex on you, and unbelievably letting you ejaculate into her mouth, is this true!?!" "Uh," he stammered, stunned at the direction of her questioning, "I'm not sure I understand what you……" "What's not to understand," she spat, "either my daughter is having sex with you or she isn't, or are you so dense you're not sure!?!" "No, that's not it," he replied, "it's just that, well, I wasn't ready for……." "That's exactly the point," she interrupted, "you weren't ready to get caught were you!?!" His mind was racing as he tried desperately to come up with some sort of defense, but all he really could think was how in the hell could Pam have been so dumb to tell her mother about their personal life together!!! "So you're not going to talk about it," she offered, "well, you're not getting of the hook that easily!!!" "My daughter is only eighteen years old," she went on, "and if you think that you can just waltz into her life and have your way with her and then leave her like a sack of garbage, you are sadly mistaken!!!" "Well," she demanded, "what have you got to say for yourself!?!" "It's not like that at all," he protested, "I love your daughter, and I want to marry her someday!!!" "Oh, really," Mrs. Sherman replied, "and the way you show your love is to stick your erection into her mouth and fill it with you sperm!?!" "Mrs. Sherman," he replied a little more forcefully, "I don't force Pam to do anything, she does it because she loves to, and besides, I always return the favor and perform oral sex on her too!!!" For the first time since he had sat down, the look on Mrs. Sherman's face softened a little and she said in a much more amiable voice, "Well, I know that when a girl falls in love with a man that she also falls in love with his penis and the desire to orally satisfy him is shall we say, very />
Feeling much more at ease, Steve added, "And I feel the same way about her, as well as her vagina!!!" "Although she's Mrs. Sherman continued on, "she tells me that you have a very, very large erection and that it has become the focal point of her whole life!!!" Now turning three shades of red, Steve replied softly, "I-I don't know about that, ma'am, but I do try to make her feel good when we're together!!!" "I'm glad of that," Mrs. Sherman responded, "and for that reason, I want to ask you a favor!!!" Steve replied quickly, just happy that the tone of the conversation had turned in his favor, "what is it!?!" "Well," she explained, "since Pamela is so inexperienced with men, I feel that I must check to make sure that what she has told me about your penis is true!!!" he questioned, not sure exactly what she was driving at?!? Now the exasperation returned to her voice and she said, "Now, don't get dense on me again, Steve, get over here and drop your pants so that I can see for myself this fabulous erection my daughter has regaled me about!!!" "Holy smokes," he thought to himself, "she wants me to show her my cock," so gingerly, he got to his feet and shuffled slowly across the room to where Victoria Sherman was sitting!!! Since he didn't make a move to unzip his pants, Mrs. Sherman said calmly, "Well if you're not going to do it, I guess I'll have to do it myself," and with those words, she undid his trousers and let them fall down around his ankles, leaving only his under shorts as protection from her gray eyed gaze!!! Softly she let her hand roam over the front of his crotch, which of course resulted in his getting a massive erection!!! "My," she sighed softly, "Pamela was certainly correct about the size of your penis, it feels very large and thick, let's get these undies off and see what it looks like up close and personal!!!" She had a little trouble pulling his shorts off, was they got entangled with his already full erection, but finally she was able to untangle him and slide the last covering away from his nine inch member!!!

For once, Mrs. Sherman was stunned into silence, unable to even whisper while gazing at the biggest pecker she had ever seen in her life!!! "Well," he asked, "is it okay, I mean is it good enough for your daughter!?!" Making an audible gulping sound, Mrs. Sherman finally spoke, "I-I've never seen such a magnificent penis, so long and thick, and the head, it's so smooth and silky, I can see why Pamela is in love with it!!!" "When you have sex with my daughter," she asked softly, "what do you like to do best?!?" He thought about it a second and replied, "I can't lie to you, I like it best when she sucks me off, she's the best I've ever had!!!" "She should be," the older woman replied, "all of the women in my family are addicted cocksuckers, and she's just a chip of the old block!!!" "What brought all of this up, was that Pamela came to me worried about her constant desire to have you in her mouth," Mrs. Sherman explained, "she thought she might have been a weirdo, as she put it, and was really worried about it, but I assured her that she wasn't alone and that all of her female relatives were in the same boat as she was!!!" As she spoke, Mrs. Sherman casually reached out and took Steve's penis into her hand and slowly began fisting it in her small warm hand!!! "Mrs. S.," he said with a groan, "I don't think we should be doing this, what would Pam say!?!" "Don't you worry about Pamela," she replied, while brushing his head with her lips, "I know my daughter, and she wouldn't mind knowing that I had taken the time to check out her boyfriend's penis for her!!!" Then, it happened, Mrs. Sherman kissed the head of his cock, and then much like her daughter before her, hungrily took him deep into her mouth!!! "Oh, my," he said weakly, "you do that so well, just like Pam, you both are cock sucking experts!!!" "If you don't mind," she said between sucks, "I'm going to masturbate while sucking you, another thing you probably already know, is that once we start sucking a hard penis, we have to receive gratification at once!!!" "Just like Pam," he said between pants, "she has and unbelievably hot pussy that needs constant "Of course she does, dear," Mrs. Sherman sighed, "she's a Sherman, and her pussy will always demand a lot of your time and effort, but I assure you, that your penis will have a wonderful time taking care of her!!!"

Steve continued to stand quietly in front of Mrs. Sherman's chair while the forty something cock sucker took her time giving him some of the best head he had ever had!!! After a while longer, she asked him, "When you have intercourse with Pamela, what is her favorite position?!?' "Um," he said thoughtfully, "I think she likes getting it from the back the best, I don't know why, but she seems to cum hardest when I mount her from the rear and really give it to her hard and fast!!!" A smile flickered over Mrs. Sherman's face and she offered, "I'm not surprised, with someone as sexually aroused as Pamela is, being taken in the most primitive way would just naturally give her the most pleasure and "To this day," she went on, "my favorite position is when Mr. Sherman leans me over the back of a chair and really makes me take it hard and fast!!!" This was incredible, at first he thought he was in all sorts of trouble, and now, here was the mother of his girl friend not only sucking on his big prick like it was the last one on the face of the earth, she was also relating intimate details of her own sex life, just unreal!!! she said softly, "I just want you to know what you're letting yourself into, because Pamela is indeed a very high maintenance young woman that will require you to spend and inordinate amount of time satisfying her basic sexual needs!!!" "For example," she went on, "when you are both home alone, she will demand that both of you be nude at all times, so that she can always see your penis, whether it's hard or soft it makes no difference, because as I've already told you, she is addicted to your pecker and will become quite panicky if it is out of her sight for too long!!!" "D-do you do that with Mr. Sherman," he gasped, "I mean, make him go naked for you?!?" "Of course I do," she said a matter of factly, "and even after all these years he's erect most of the time!!!" "H-how often do you suck him," Steve said haltingly!?! "Oh, at least twice a day," she said between licks, "I just love sucking cock, it makes me feel so feminine!!!" This was too much, the mother of his girl friend was a cock sucking maniac who was masturbating her muff while she did him!!! she said softly, "your nut sack just tightened up, are you going to fill my mouth now!?!" He didn't even have a chance to answer, as the first blast from his sperm shooter exploded against the back of her throat!!! As the next shot filled her mouth, he moaned, "You're sucking me off, just like Pamela does, oh my, god, you both suck like />
After he had shooting his last load, he stumbled back to his chair and collapsed, totally spent from the wild experience!!! She looked over at him and said, "I guess you'll do, just remember, my daughter's satisfaction is your number one priority, and by the way, we suck better that any whore, got it!?!"