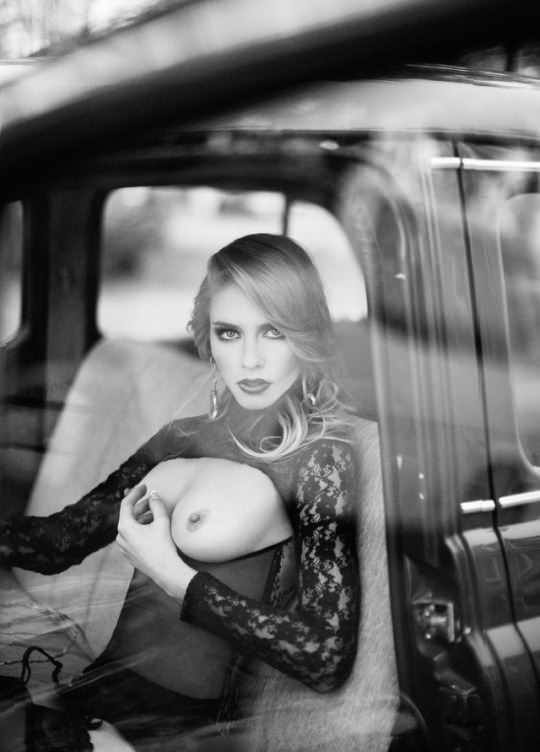 Lying in near silence on his bedroll, Xavier squirms uncomfortably. The padding was nothing more than soft rabbit hides stitched together, and left plenty of chances for the rocks beneath him to bump through. He sighs irritably through his nose. At the sound of his displeasure, he hears rustling on the other side of the fire pit.
“Is something wrong?” Comes the deep, throaty voice of his companion. That voice alone was enough to rumble deep beneath his heart and stir in his stomach.
“No.” Xavier responds, despite himself. He only wanted to get back to sleep. Stanley being awake all night fussing would interrupt that for sure.
He can barely see through the weak flames, when his friend turns to lay back on his own bedding. Stanley's was made of an old bear hide, if he remembered correctly. Xavier decides in that moment that it isn't worth his time to think about, and moves to stare back up at the stars in the sky. They're placed at random, twinkling just the same, some bright and some dim. He can just barely make out the different constellations he'd been trained to find since he was a teen. The shield, the sword, and the bottle. The fish, the staff. The dragon was his favorite. It curled majestically through the night sky, made up of all different stars, watching over everyone carefully as it tended to do. Still, the rocks poke endlessly into Xavier's back. He regrets his choice to not wear armor.
He calls into the night, just above a whisper.
Comes the ready response.
“Tomorrow night. We are getting a room at the inn.”

“Uh huh.”
Their brief conversation sparks Stanley to keep going. He increases his pace, still just as deep, moving in until he feels his own balls nudge against Xavier's. The noises below him spur him to go even faster. Stanley rolls his hips, bending over the other man's back as he fucks harder.
Xavier cries out at the tingling spreading beneath his skin and over his shoulder blades, worsening as Stanley's hands come to wrap around his chest. He tugs at Xavier's nipples, the feeling going straight to his cock. Another bead of precum dribbles out, quickly swiped away by the blankets beneath them. Stanley stretches him wide, fucking into him hard, leaning over his back and holding him down further. Xavier's moans get louder, more encouraging. The tingling is all over now.
“I'm so- Gods, I'm so close.” Xavier sobs, gasping at the lewd sounds of Stanley's hips slapping against his ass. Close to what, he didn't know. But the mounting pleasure in his gut was enough of an indication. It felt like the same underlying fire as panic, but he wanted it. He wanted it bad.
“Come on.” Stanley growls closer to his ear. “Come on, gorgeous. Come for me.”
“Oh my Gods.” Xavier lets his head fall back down to the blankets, moans silenced in his throat by the shock of one particular thrust. It's deep, like it's pressing into his stomach, and immediately followed by more of the same. He makes a very undignified squeak. It causes Stanley to go even faster.
“Please, Stanley, I'm so- I'm so…”
“Yeah. Yeah, let me hear it.”
They were both talking gibberish, and they knew it. Xavier's only got worse as he came. Babbling complete nonsense, riding through his orgasm, painting the blankets with thin stripes as Stanley continued to fuck him. He slowed down some, sure, and finally pulled out. He rolls Xavier onto his side, then onto his back. The other man has gone limp and does nothing to object.
Stanley pulls his legs back up and positions them more open than they were. He gets a good look at Xavier's face as he thrusts back into his ass. His cheeks bright red and freckles nearly hidden by the blush, splotching all the way down to his shoulders and up to the tips of his pointed ears. His eyes are half-lidded, tongue up front and center in his open mouth as he pants. His cock drools the last little bit of cum onto his stomach, misplaced and swaying with the force of Stanley's hips.
He seems a long way off from coming, which concerns Xavier to some degree. His hands reach up weakly to wrap around Stanley's shoulders, and the man dips down to kiss him. The slapping gets louder and more pronounced this way, Xavier's ass more open to him. Stanley moves his hands under Xavier's lower back, lifting him some, giving him a better vantage point to fuck deeper. Xavier lets out a gutteral groan at this.
It takes Stanley five more minutes to cum. Pistoning relentlessly in and out of Xavier, keeping him held up like a ragdoll, pumping cum deep into his ass. He wonders distantly how far up it had gone. When he pulls out, finally, there's only a bit frothed up onto the length of his cock. He sits back and actually watches for any to come dribbling out.
Xavier pants, exhausted. He makes no move to do anything but breathe.
“I love your ass.” He mumbles idly. Xavier lets his head fall back onto the blankets once again, arms laying limp at his sides. He tightens up again, tensing as Stanley's finger digs into his hole. Fingering him shallowly and withdrawing a wad of stringy cum. He feels it being wiped back onto his hole as more comes dripping out. Xavier lays an arm over his face, embarrassed.
“Don't look at it.” He says, quietly. Stanley obeys and moves up to lay beside him.
They stay like that for some time. Xavier curls into Stanley's chest, and Stanley holds him tight, almost as an apology for fucking him senseless. They both debate on their own time how often this reward system will come into play.
Xavier decides that, if it's going to be like this every time, then maybe he'd like Stanley to insult him more often.