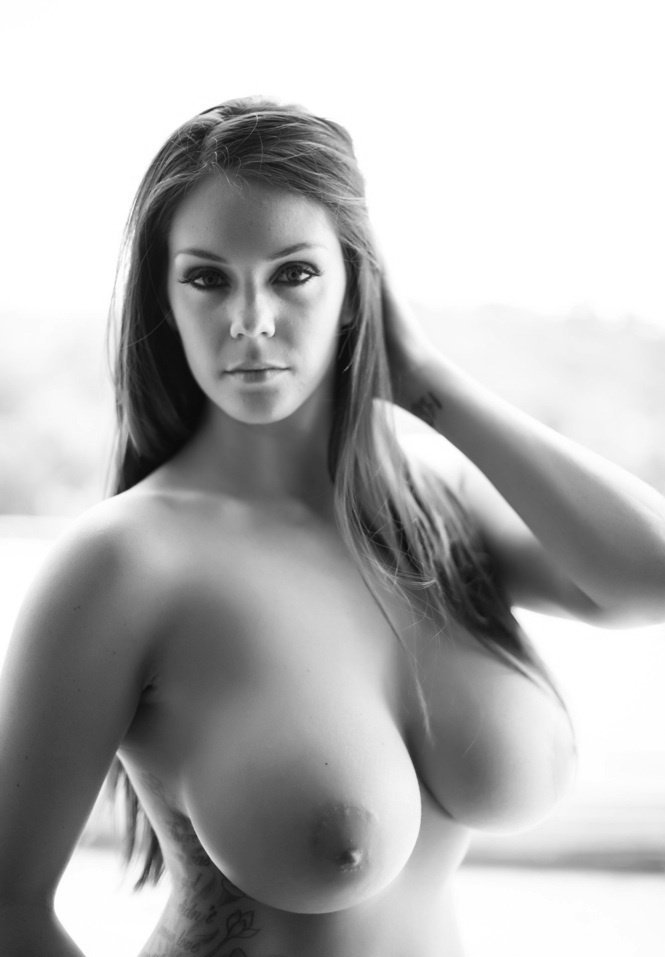 We didn’t have any plans for the upcoming weekend, so nothing fun happened. Judy let me fuck her a couple of times, which was better than nothing, but it wasn’t anything too exciting and just the regular old missionary position before going to sleep.

Early the next week, I think it was a Monday night, we were sleeping in bed and during the middle of the night, Judy kicked the covers back. I’m a real light sleeper, so it woke me up. As I sat up to get some covers for my side of the bed, I could see that in her sleep, Judy had spread her legs real wide and was rubbing her pussy through her panties. I had never seen her do anything like that before and I got an instant hard on. My first thought was to start rubbing her pussy too and maybe go down on her. But, she has always loved sleep more than anything in the world and waking her would be super risky. So, I kept watching as she would rub the outside of her panties and try to stick her finger through them to get at her pussy.

I got into position just in time to let a load fly that landed on the lower part of her flat belly and just to the side of her gaping pussy lips. As she was rubbing her pussy, she started to get cum on her fingers but it must have felt just like pussy juice in her dreams because she just kept rubbing it in and out of her slit.
her dream must have ended and she rolled over onto her side away from me and started to breathe a little more deeply. I covered up us both with the comforter and fell right to sleep. At the breakfast table the next morning, Judy didn’t have her usual early morning grouchiness and seemed to be in a good mood. I hoped it would be a good day for the both of us.

Later that morning, Judy said she had been thinking about hiring one of the local high school girls to watch the kids after school a few times a week. She said one of her girlfriends had a very responsible girl working for her but that she couldn’t afford to have her come over every day after school. Since it was always kind of a headache trying to make sure one of us was home right when the kids got home from school, it seemed like it would be a good idea for our schedule.

The thought of having a high school girl in the house a couple times a week immediately sent alarm bells running through my head. I thought, what if she’s hot? I could go to prison because I can’t trust myself around someone like that!! But, how awesome would it be to have a little hottie in the house – even if I couldn’t fuck her, it would provide good jack off material.

Judy said that Mica was going to come over after school today to meet us and the kids and see how we all got along. I said I would try to be home (as if!) and then desperately hoped she would be a real dog, jack off material be damned.

I got busy with work at home and although I heard the kids come home, I was pretty busy and didn’t really pay attention. About 15 minutes later, Judy walked into my office and said “Can you come out and meet Mica?” “Uh, yeah, of course” I responded and walked into the kitchen half holding my breath and not sure what I wanted – the safe dog or the hottie. I took one look at Mica and knew I was in trouble.

She had long straight blond hair, an athletic build with long tanned legs, pretty good tits for a girl her age (probably fucking firm too – damn!), and a nice smile. She was pretty cute, but not so cute that every dick in school would blow its load whenever she passed by. This kind of girl would always have a boyfriend, but she would at least have to work for it a little bit.

Her personality confirmed my suspicions – she was pretty nice and easygoing and not the type of stuck up bitch used to always getting her way because of her looks. She looked great to me (and probably Judy – LOL), but I knew that if I was my old idiot self back in high school, she wouldn’t be near the top of my list. Oh, the girls I could have and should have fucked back then! Regrets…

Her moderate looks notwithstanding, she still had a rock hard hot body and I was still hoping to find a way to not hire her because having an underage hottie in the house would likely find me in prison or at least on some sex offender list before too long. I could just see it now, “Uh, sorry officer, I was only jacking off in my own house. How was I to know she was sleeping on the couch as I came all over her face…” The three of us chatted a little while longer and she also seemed to get along well with the kids. Damn! I asked her how school was going and what subjects she liked the best. Mica said she really liked school but hadn’t decided on a major yet.

Wait, a I said, “Mica, what school do you go to by the way?” She responded with “I go to the city junior college – I’m a freshman there.” Judy then said, “Oh, Kathy said you were in high school so I didn’t realize you were now in college.” “Yep” Mica said with a chuckle “I graduated last spring and now I’m all grown up and in college.” Judy looked at me and said, “Tom, are you okay, you look like you just saw a ghost!” I just mumbled something about having to get back to work, and went back to my office.

“OK,” I told myself. “Last month at this time, you were rarely getting laid, even by your own wife. Now just because some cute coed is going to be hanging around doesn’t mean it’s automatic pussy.” Well, that was the rational side of my brain talking. The other side, the one that often made my decisions, was making my dick hard already. I decided to do my best and fuck Judy whenever I could get her cornered and start going out more so I could tag Delia more often. Surely, that would relieve the pressure of having Mica around the house…

That night I was watching some TV and doing my best to look on the bright side. Judy had put the kids to bed and was off in the bedroom presumably getting ready for bed. I opened a beer and kicked back to a baseball game. In about the 3rd inning, Judy wandered into the living with that same pair of short gym pants and the t-shirt that had been covered with cum (it was clean now). She just walked over to me and climbed on top of my chest and before I knew what was going on, she quickly removed the shorts and positioned her pussy right on my face. Not above it, but right on it and started grinding her mound right on my mouth. All she said was “Eat It!” and I gladly obliged.

I helped support her weight by holding her hips in my hands as she kept pushing her slit against my darting tongue. I worked on her clit for a bit and then she moved herself up a little higher so I could lick her asshole. I happily plunged my tongue in her ass a few times and then she put her pussy and clit over my mouth and soon begin to slowly shudder as she quickly built to a strong climax.

Later in the week after Mica finished her first afternoon with us, the same kind of thing happened. This time, Judy fixed a quick meal for the kids and as they were eating, she pulled me into our bedroom and closed the door. She quickly unzipped my pants and pulled them off along with my boxers and started sucking on my dick to get it hard as quickly as can be while at the same time wriggling out of her shorts and panties. That took all of about 8 seconds and then she knelt on the couch in our bedroom and stuck her ass in the air and commanded me to fuck her. I soon as I put my dick in her pussy, she started bucking wildly and I thought she was going to cum right away.

She stood up after I came in her mouth and started to gather her panties and shorts. I noticed that her panties were almost dripping they were so wet. She then grabbed a fresh pair and headed into the bathroom to get dressed as I put my shorts back on to check on the kids.