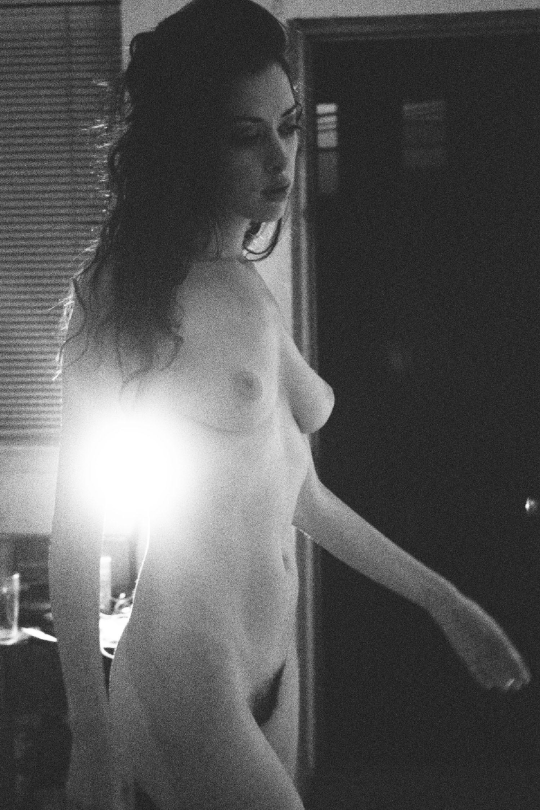 Mike came home from class and saw his mother and father getting ready to head out for the night. “Hey Mom you guys look nice were you going?”
“We are headed to a party at your fathers work. It is a few hours away so we will stay the night there. Your sister has some of her friends over so be nice to them.” She said as she kissed him on the check and started to head for the door. Mike was back for the weekend from college. So his mother knew he was only home to get some studying done away from the distractions that come from college life.
“Ok mom.” he answered. With that she left the house and was followed by Mike’s father.

Mike headed to his room to finish up a paper that was due Monday. His room was at the end of the hall with his sisters being the first room, and as he past by he saw that his sister and two of her friends were sitting on her bed talking. His sister Missy squealed with joy as he walked passed and said “There is Mike he will take us.”
Mike just turned away and said “Like hell he will.” He got to his room and closed the door before she could say any thing.

About fifteen minutes later a knock came to Mike’s door. He paid it no attention because it could only mean they still wanted something from him. But the person just knocked again, and again. After about the 10th knock he stood up and swung the door open and said “What do you want. I am trying to write this paper.”
To Mikes surprise it was not Missy it was Kristin one of his sisters friends. She was a cute young girl about 15 with smooth light brown skin. She has a cute face with all the proportions just right with her deep brown eyes and little noise. She was standing in front of him in a tank top and some rather short shorts that hugged he ass very nicely. Her body was near perfection with nice sized b cup breast for her just over 5 foot frame. She has a small waste that lead into a juice round ass.
She cocked her head to the side and down a little and pouted her lips and looked up at Mike with her bid round eyes. “Could you please take us to the store so we can get a movie and some food so we don’t have to bother you again?” She said all this with her handsand behind her back as she swayed her ass back and forth.

Mike could easily be mean and say no to his sister there was no way he could say no to this cute young thing. With out saying a word he turned around and got his wallet and keys and started walking to the door. Kristin let out a giggle “hehe I knew I could get him to do it.” Mike knew he was being manipulated but he did not like having his faced rubbed in it like that, so he turned around and head back to his room. Kristin jumped in front of him, but mike just started to push her out of the way when she wrapped her arms around him and said “I am sorry. I am sorry. Please take us I will love you forever.” Once again mike found it hard to say no so he sighed and shook his head and turned back around.

Kristin ran over to the other girls and the walked in front of Mike as they all headed out side. He had seen Kristin a lot because Missy and Kristin were best friends. Mike was admiring the scenery as they walked out He was looking at the third girl by the name of Katie, she had a great tan but also had fiery red hair. She was thinner then Kristin so her ass and breast were not quit as nice and developed but they were nice all the same.

Mike got into the car and leaned over to unlock the other door on his truck. There was only the front bench seat so mike told the girls it would be a tight fit. Kristin got into the car first followed by Missy and then Katie. Katie could not quit get all the way in. “come on slide over more.” She cried. “No were else to go unless one of us sit on Mike and he anit going to like that.” Missy replied. As she said that Kristin looked over at Mike and gave him a very sly smile as he raised her self on to his lap. That gave Katie enough room to get in so she closed the door. Mike would have protested but was wanted to see what the smile was all about.

I will be working and the next part if you guys like this one. And it will have more action in it for sure.