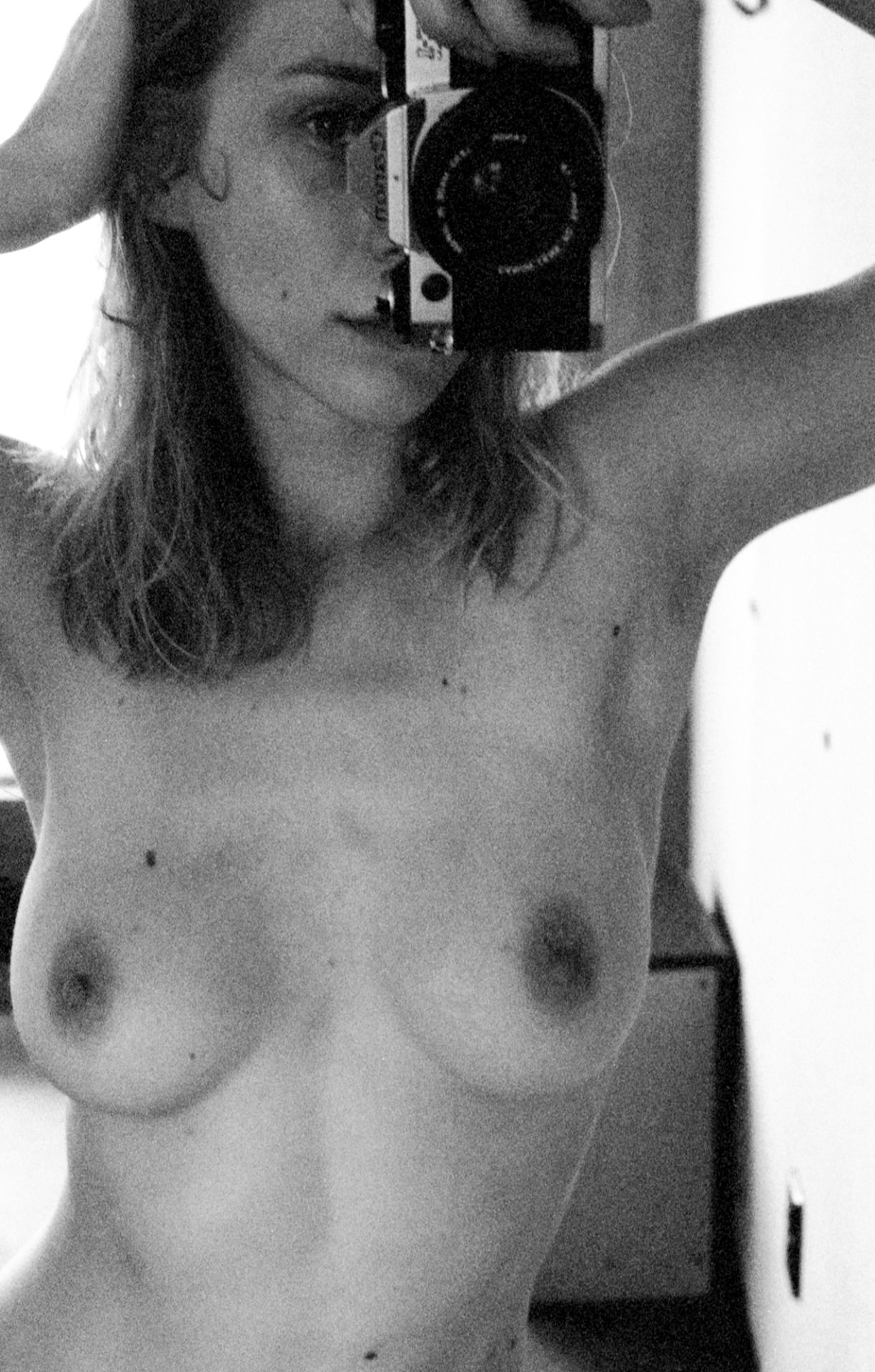 I was sitting with Daddy in the living room and he was slowly seducing me, touching me all over and kissing me. Tonight was different though… I had a surprise for him. Something that he would NEVER expect…

“Hands off I said sternly as I slipped away from him and off the couch.

Daddy looked at me, shocked. He’d never experienced such hostility from me before and didn’t know how to react! I had always been quiet and submissive to him and the expression on his face read as, “What the hell is going on?!”

I slipped a pair of handcuffs out of from under the cushion and he eyed them suspiciously.

After a moment’s pause, he held them out to me. I clicked the metal around his wrists tightly to prevent the ability to escape.

“Come with me!” I said, pulling him my the cuffs down the hall into the bedroom.

I swatted his ass as he reached the bed and pushed him onto it. “On your back.”

Daddy made himself relatively comfortable among the pillows and I saw that his cock was getting hard from my switch in personality.

going on, Krissy? What is this?” Daddy finally spoke, still in utter shock.

I took out a piece of rope from beside the bed and looped it through the middle of the cuffs and stretched them over his head. I pulled the rope tight and tied it, not wanting to give any slack for movement or to be able to touch me.

Daddy tugged at the restraints. “Little One?” His voice sounded a little panicked.

I noticed that Daddy’s penis suddenly got harder than I’ve ever seen it before. The tip was a deep shade of red as the blood rushed to it and the veins in his shaft were starting to show from the strain.

I grabbed two pairs of ankle cuffs and secured each of his ankles to a post at the foot of the bed, forcing his legs to stay wide open.

“Are you comfortable, Daddy?” I giggled as I watched him being completely helpless for the first time in my life.

Then I opened the drawer to the bedside table and retrieved a large feather. I saw the flash of anger and fear in his eyes. Daddy was painfully ticklish and he HATED to be tickled.

Licking my lips, I placed the tip of the feather on his forehead, lightly dragging it over his face… throat… chest… the side of his body… across his stomach… over his cock… balls… inner thigh… over one knee to the foot and the sole…

He was twisting furiously, trying to squirm away from the feather. He was laughing, but there was anger and frustration in his face.

Then I slowly travelled upwards again… This time on the other leg. He was pulling hard on the handcuffs and the ankle cuffs. He was so strong, I thought that he would destroy the entire bed! Once I reached his forehead again, I dropped the feather back into the drawer.

“There! All done! THAT was just to show you that you will behave exactly as I desire, because you cannot get free,” I pointed out to him.

I sat down beside his head and ran my fingers through his hair. As much as I was trying to keep my dominant persona going, it was hard to fight the way I melted when I looked into his eyes. I leaned down and began to kiss him gently, out lips barely touching. As he began to kiss me back, I moved my mouth away, my tongue tracing invisible paths over his skin… chest… nibbling at each nipple… As they hardened, I gave each one a bit of a pinch with my fingers.

Further and further down my tongue headed… I dug my tip into his belly button… Then completely ignored his cock as I passed over it and went for his inner thighs, my hair brushing against the throbbing shaft, tickling a bit.

“That feels so good, />
I smiled at the name he called me and continued to lick down his leg, stopping just shy of his foot. Then I stopped touching him completely.

Rising off the bed once more, I let him lay there to wonder what I would do next. He was looking around and trying to listen for an indication of what was to come, but he heard nothing but silence.

Suddenly, an extreme cold dangerously close to his balls touched his thigh. I pressed the ice cube to his other unlicked thigh for about 10 seconds. Daddy squirmed again, trying to get away from the cold. Then I removed the cube and covered the frozen area with my hot mouth. He gasped at the temperature change.

“Oh god! I didn’t know you had this in you, />
I repeated this action to one of his testicles, but only for about 2 or 3 seconds… That’s MORE than enough time to have him whimpering for me to stop. Again, I take the frosty skin in my mouth and it warms immediately. His cock had grown so hard I wondered if it would explode the moment I touched it.

Because his arms were stretched over his head, he couldn’t lift his head up to see what I was doing, but he could feel my />
“Mistress, what are you doing?”

I squeezed the ice cube tightly in my hand and let the cold droplets drip onto Daddy’s painful erection. His cock twitched each time a drop landed. His precum was starting to coat the tip.

I smiled evilly at him. “No, Daddy… You tease me mercilessly every night… You’re MY slave Then I showed him what I had hidden in my hand. Fear floods his eyes and I wondered if Daddy could handle the torture like I did…

“Give me one good reason why I shouldn’t use this on you, Daddy. Answer wisely… You only get ONE />
Daddy continued to eye the evil cock ring… I knew it would be too small for his enormous cock, but I had faith he would respond in a manner that pleased me.

After a moment, he swallowed hard and replied, “Because I’ve never plugged you in a way that you didn’t desire”.

I considered this for a few minutes, holding the ring in his view to keep the fear going. Then I smiled. “Good boy.” With a laugh, I tossed the ring back into the open drawer and he sighed loudly in relief.

“Are you enjoying yourself, Daddy? Are you learning something from this?” I asked as I grabbed another ice cube and circled it over his hard nipples.

“Oh god!” Daddy moaned and struggled against his binds.

He was beginning to squirm again from the hot and cold. I swallowed the remainder of the ice cube and used my cold hands to stroke his aching cock while my cold mouth worked the tip.

I turned 69 style on him and positioned my pussy over his mouth. Daddy needed no instruction. He buried his tongue inside my wetness, lapping at my clit. I can tell by the way he was eating me that he was trying to repay me some of the torture that I had caused him: biting, sucking and licking my slit roughly, running my clit between his teeth and shoving his tongue as deep into my pussy as he could force it.

Satisfied with the attention that he’s paying to my genitals, I returned to his. His cock was throbbing for release again.

His hips bucked wildly, trying to fuck my mouth as he continued to lap at my cunt. I leaned further down to give him easier access to my mouth and he fucked it with what little freedom he had.

After several minutes, we calmed down. I had collapsed on top of him to catch my own breath.

“Oh, Daddy! No wonder I love you so…” I murmured as I slowly dragged myself off of him. “Do you want out, Daddy? Or do you like being Mistress’ slave?”

“I love being your slave! I love you and I want to submit to you!” Daddy begged happily.

I smiled down at him. “Perhaps another night, Daddy. When you’re least expecting />
I got to my feet and began to undo the ankle cuffs. They’re red from struggling against the binds and I assumed that his wrists would be the same. I vowed to myself to be a little more gentle on him the next time… Then again, perhaps not…