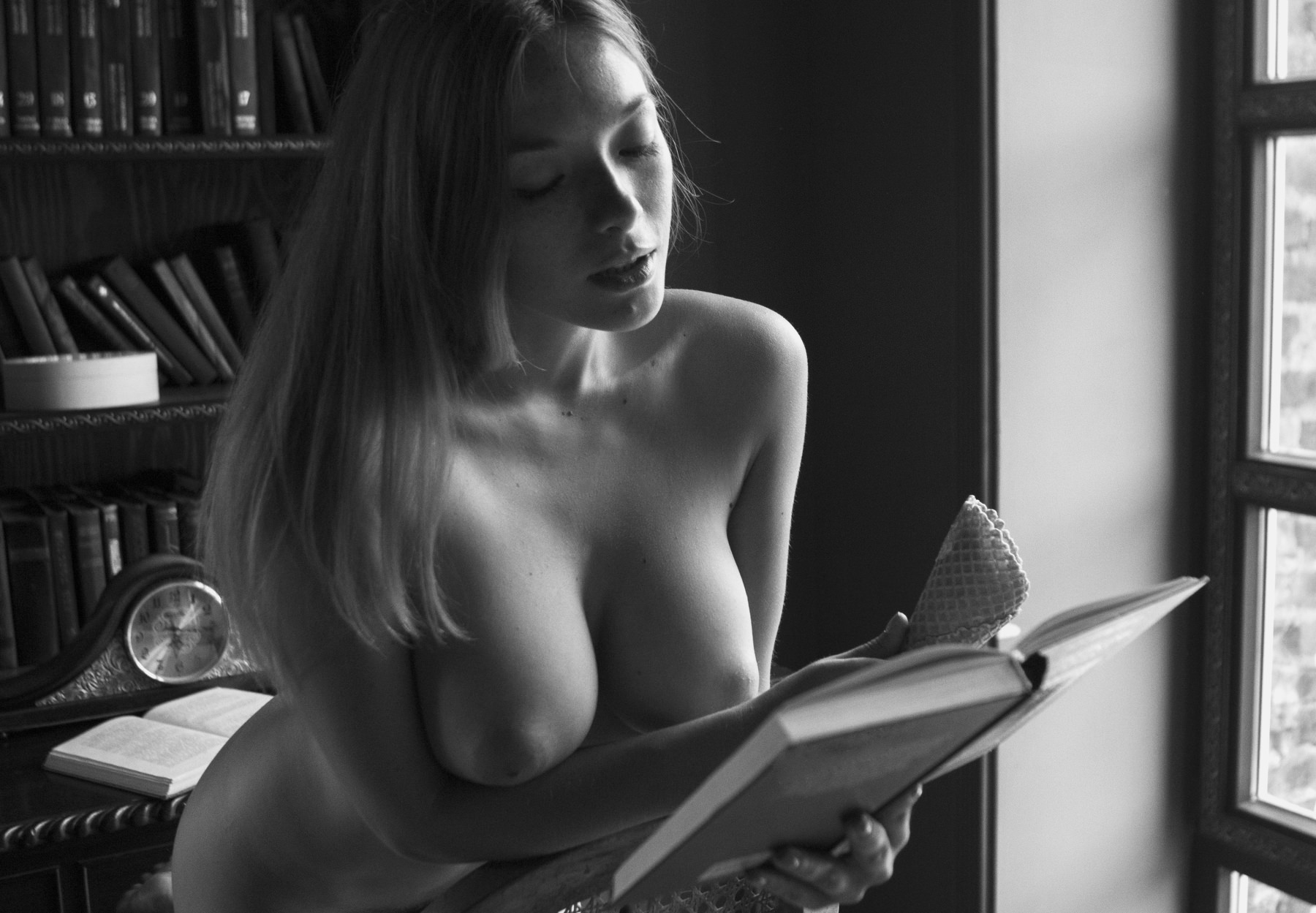 This is the story of how we found out that eachother was gay and what happened that day.

As Derek was only three years older than me, 15, we got along pretty well. In fact, you could say that I looked up to him – both because of his supposed popularity with the girls and the fact that he didn't seem to be bothered by the constant hassle that he recieved for hanging around with me (it was considered shameful to be seen with anyone in the class below). Derek was such a cool guy, at the age of 12 I still wasn't really thinking about sex – He was though. One Sunday when I was at his house and we'd just finished playing some video games on his computer, he opened up the internet and showed me some pictures of naked girls, I found out later that it was to see how I reacted, I didn't do anything at the time; just looked at him, said goodbye and walked home. Skip forward about two months.

Derek walked up to meet me in our usual spot under the stairs during mid-morning break on Friday the 2nd of April. Unsuprisingly, he started chatting about the lesson he just had and the lesson he had next; then out of the blue, he asked me if I wanted to have a sleepover at his house with a few of his friends – since I had gotten to know these friends and they didn't bullie my like the other boys in his year, I decided that it might be fun as I'd never been to a sleepover before. So that night I went home and told my Mom that I was going to sleep at a friends house that night, because it was a Friday and I didn't have school the next day she didn't seem to mind – just told me not to stay up too late, be carefull etc.. all the normal motherly stuff. She wasn't to know what would end up happening because of that one night…

After I had packed my bag and said bye to my parents I started walking towards Derek's house, I had butterflies in my stomach. For some reason I was actually nervous about spending time with my best friend, I was so confused. I slowed almost to a stop as I reached the bottom of the path to his front door, I practically crawled to the door bell with my finger and I was just about to pull it away as it opened with a crash, knocking me off my feet. "Why the fuck would I do that?" Somebody I had never seen shouted back as he slammed the garden gate shut and stormed back along the road towards what I'm guessing was his house. I was about to jump up and join him when Derek came to close the door and noticed me lying there, dazed and confused on the grass beside the door.

"What are you doing down there?" He asked, grinning as he helped me up.

"That jerk just pushed me out the way when he left" I said whilst I picked up my belongings and hobbled into his house.

"Oh. Yeah, Jerry is an idiot. Doesn't care about anything other than himself." And that was that, we said nothing more about Jerry.

For being one of my best friends, I hadn't been into Derek's house very often. Therefore it was a bit of a surprise when I realised that the house had been completely redecorated, not that it mattered to me; my house was still in the same paint and carpets that it was when we had moved in, over 5 years ago. Derek led me straight through the empty sitting room and kitchen, showed me where the bathooms were and motioned for me to go and sit with his other friends. Steve and Paul were laying around on Derek's bed using his laptop and, judging by the intense laughter, looking at something hilarious. When I sat down beside them, however, Paul quickly switched the laptop around and now had some internet game open on the screen. Unperturbed, I sat and watched them while Derek's parents packed the car and headed to the south coast for a weekend away. This made me slightly concerned, I hadn't been aware that his parents weren't going to be there; I always assumed that we would have adult supervision. I didn't know what I was worried about though, Derek had never done anything to make me worried and his friends had always been fairly pleasant. Later that night after we'd done all the typical sleepover stuff, eaten takeaway food and played video games, we decided that it was probably time to go to bed – considering that Steve and Paul had to get up pretty early for rugby practice. That was the first time that night that it was obvious I'd never been to a sleepover before, the three other boys were all getting out Pyjamas seemingly to wear for the night; I however had just stripped off and was wandering over to the bathroom to brush my teeth. It wasn't until I got to the bathroom and noticed the other three staring after me and sharing shocked glances in the mirror that I actually realised that they weren't planning on sleeping naked.

I brushed my teeth even slower than I had crept towards the door bell earlier that day, not daring to make eye contact with the three guys looking straight at me in the mirror. When I finally worked up the courage to turn around and walk back to the queen sized bed that Derek and I had to share, there were only three beds and nobody was allowed to sleep in his parents bed, I still didn't want to actually look at any of them. They didn't seem to acknowledge that I was moving closer to them until I started to pick up the clothed that I had thrown off only moments ago and put them back into my bag of clean clothes for the following day. I continued to do this until it was almost torture to move so slowly, assuming that nobody would be looking now as they all seemed to be busying themselves; either brushing their teeth or putting pyjamas on – I thought that it would be safe to make a move towards the bed. However when I looked up for the first time for what seemed like hours, my eyes made contact with Derek's, he was the only one still looking at me. He wasn't looking at my cock though, like I had expected, he was staring straight back into my eyes.

Not knowing what to do or what he was thiking, I just reacted instinctively and asked him, "What's wrong?". He remained silent for a few more seconds, still looking directly into my eyes, having not wavered from them for the whole time.

"I'm not entirely sure to be honest, Ben." he replied with a hint of confusion, he seemed to of jerked back into reality and was now moving around. He got dressed and climbed into bed, at the same time the other two were coming back from the bathroom and getting into their bed. Realising that I was now the only one not under the covers, I hurridly lifted the duvet and jumped in beside Derek. It was awkward in the bed for a while, I dared not move in case I brushed against Derek but I was moving closer and closer to the edge of my side of the matress. When I was almost off the end I stopped moving and tried to get to sleep, it came after what felt like hours.

When I awoke nobody was in the bed beside me and the other bed was also unoccupied. Then I heard the front door close and footsteps coming back into the bedroom, it was Derek. I sat up in bed as he walked through the door – noticing that I was awake, he said good morning and mumbled something about taking a shower. He wandered out the room and into the adjoining bathroom that I had used the previous night and I heard running water. The sudden pressure that I felt was all to familiar with the mornings, I was desperate for a piss. It was then that I realised I had an interesting opportunity; I thought, "he's seen me naked, now it's my turn". I hurried over to the bathroom and then slowly walked in and over to the toilet in the far corner, glancing to my right I saw the steamy windows of the shower cubicle and the vague outline of what I now thought was an extremely fit body. Doing everything three times slower than I would normally of done, I lifted the toilet seat and had a piss; secretly waiting for him to come out and see my standing there. My luck came through or maybe it was that he saw me standing there and decided the time was right. He slid the door open just enough to see me standing there pissing, through a smile he asked me to pass his towel. As I did so I caught a glimpse of his cock, for his age it was surprisingly long I'd estimate at about 3".

As we were both standing there completely naked, Derek with a towel in his hand I noticed a stir in his penis. A slight twitch. We were both getting aroused and you could see it in our cocks. That was the first time that I looked at Derek in a sexual way, his slim build, rock hard abs and little patch of trimmed pubic hair. At 12 I still didn't have any and I had a pretty feeble penis, at about 4" fully erect it was tiny in comparison to Derek's ever growing cock. Without speaking he reached out and touched the head of my dick, I was surprised at this but not worried. He was now fully erect, his full 7" almost touching my thigh; without thinking I automatically grabbed hold of it and started to slowly jack him off, staring up at his huge blue eyes. He was in full swing of rubbing my dick when he bent down and licked it, he asked if that was Ok with me and I replied simply with a nod. Engulfing my entire manhood into his warm, moist mouth I was in heaven; it felt like mere seconds before I felt that familiar sensation above my tiny balls, I knew that I was on the brink of cumming. I warned him with a groan that sounded something like the word cum, he acknowledged this by sucking even harder on the tip and my preteen juices exploded into his mouth. I collapsed onto the floor, no longer feeling anything other than utter pleasure at having the best orgasm of my life so far. From the beginning I had guessed what was coming next but it was still a shock when he actually asked.

"Yeah I do. But I've never done anything like this before. I don't know how to do it."

That morning was the beginning of the very happy relationship we have today, 8 years later. Various things such as that have happened since that day.

Thanks for reading, more stories, both true stories and pure fiction, are on the way.