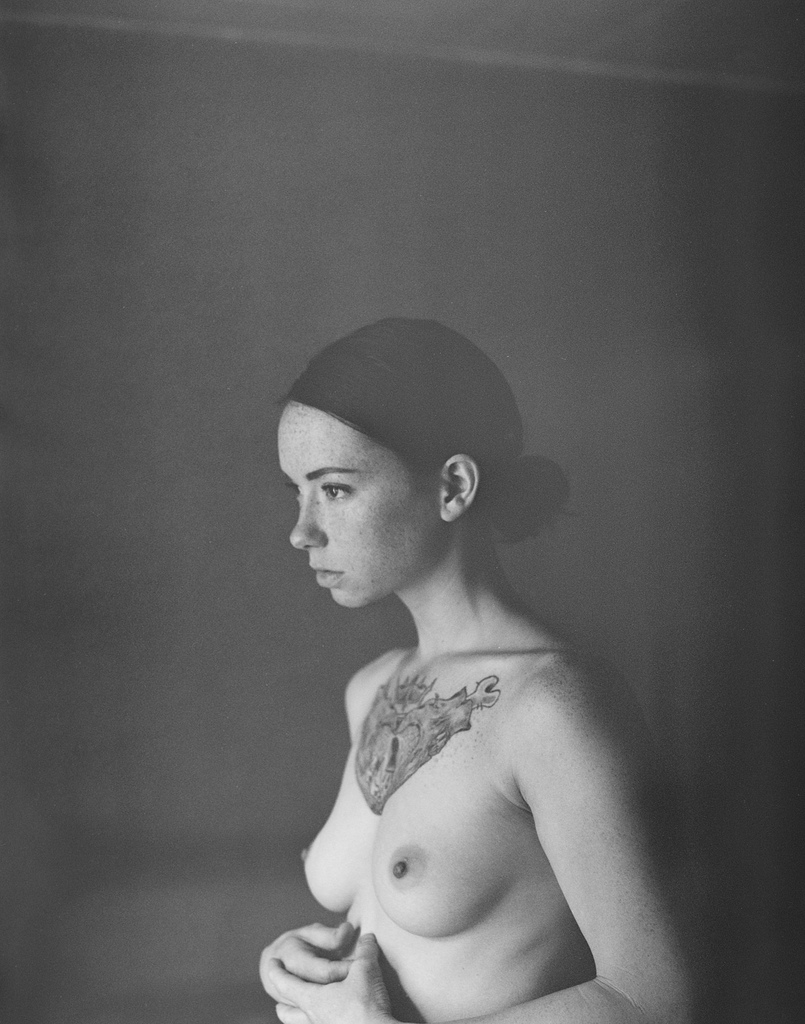 My wonderful wife and I had been married for forty years. We have two children that are both happily married and we have four beautiful grandchildren.

Mary, my wife, turned sixty this year and I will turn sixty-five in another month.

Phyllis, my wife’s younger sister, was fifty-eight years old, had been married three times, and had two children by men that she had never married. Talk about a woman that gets around. Mary often refers to Phyllis as />
It was not even my idea to invite Phyllis to go on vacation with us. That was Mary’s decision.

We had saved and planned for our fortieth anniversary get-a-way for a few years. We had enough money to take her along and most of our motel reservations included two queen-sized beds, but not all of them. Three nights out we had one king-size bed waiting for us. Mary told me that it would be okay.

So when Friday finally came along, we were off and running. Mary sat next to me and Phyllis sat behind her so that I could see her if I turned to look at my wife.

Surprisingly the conversation was interesting. We caught a little of Science Friday on NPR and learned a few things. We checked into our motel that first night and then we went to dinner. Both women wore sexy black dresses.

Dinner was simple but filling. The two of them drank a bottle of wine. On the way back to the motel Phyllis mentioned the small pool at the motel.

Then Phyllis said, “I dare you to go skinny-dipping with me…like we used too do when we were kids.”

Surprisingly my wife said, on!”

Well I stood on the second floor balcony outside of our room overlooking the pool. My camera was in my hand and I was ready and waiting for them.

Once I was in position they stood near the swimming pool and removed their little back dresses, they stepped out of their shoes, and then they tossed their dresses up to me. I caught them and watched the two sisters jump into the water. Neither one had been wearing a bra or panties.

As they lay out flat on their backs looking up at me, as they floated on the surface, I took pictures. They held hands and smiled for me. After that I took an assortment of pictures of them in the water. They hugged, they splashed, and they kissed. They preformed a water ballet for me and I thoroughly enjoyed it all.

Then the manager came out and said, “Okay ladies, you’ve had your fun. I’ve gotten a complaint. We have kids staying here.” Then he said, “Come back out about three or four this morning, no one will care then. Just don’t scream or />
So they got out of the water, thanked him with a very nice view, and then they walked naked up the stairs to me. I just smiled as I held the door open.

Mary replied, “I hope to be asleep by then. Maybe we can do it again tomorrow night in some other motel.”

Phyllis smiled at me and said, “That way your husband can get nude pictures of us in every swimming pool on this />
Mary giggled and said, “And not just in motels either.”

Phyllis smiled and said, everywhere! In front of restaurants, sights we see, signs we pass, />
My wife added, “In bed, in the shower, and on the toilet.”

My wife just gave me a hug and said, “Happy anniversary, Honey.”

Phyllis said, “She didn’t know what to get got you me!”

I kissed my wife and again said, “Wow! Thank you!”

Then I grabbed Phyllis and pulled her closer to me. My one arm slipped under her arm and pulled on her shoulder pressing her breast to me, my other hand went between her legs to cup her pussy, and then I kissed her. It was a long deep passionate kiss. It was the kiss that I had wanted to give her for over forty years of being married to her sister.

Phyllis damn near broke my heart when she said, “Neither do I.”

Then she smiled and said, “I don’t have to like it to let you do it to me.”

My wife said, “Hell, I will sit on her face and hold her legs up for you. Hey, that way I get the best view in the house and I get my pussy licked too.”

Phyllis said, />
My wife replied, />
Then they started to wrestle around on one bed while I watched from the other bed. All of a sudden Phyllis was on her back, my wife was sitting on her face facing her feet, and she was holding onto the back of Phyllis’ knees, which turned her bare ass up perfectly for me to mount her.

My wife looked over and asked, “Well, what are you waiting for? You want it and she is willing to give it to you.”

I grabbed the tiny bottle of shampoo from the bathroom, poured a generous amount onto my cock and onto her butt crack. Then I slipped it in.

I heard muffled cries but my wife held onto her sister tightly.

My wife shouted out, “Ouch! The bitch just bit me. Hurt her!”

I jammed the last half of my cock as deeply into my sister-in-law as I could get it. There were more muffled cries but my wife kept encouraging me to be rough. I couldn’t last with the tight fit of her anus around my cock. The spasms were countless. I finished and pulled out just to watch my wife take a big butt plug from the drawer of the nightstand and pop it into her sister’s ass.

My wife and I both started laughing.

That was just the beginning of the most incredible two-weeks of my life.

The End
My Wife’s Younger Sister
801