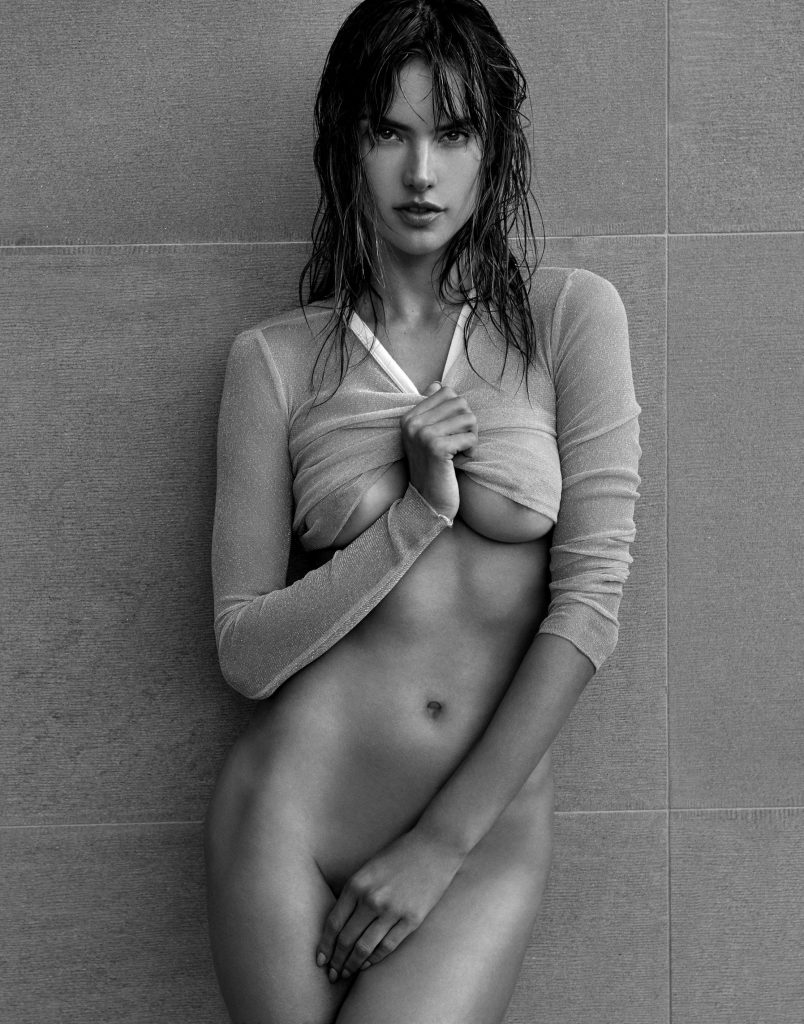 What happens when lust becomes an obsession? As human beings, our lust for things we cannot have is undeniable. We crave for sensations we are not allowed, and desire lovers we shall never have. Our senses trick us, and lie to us – confusing us and making us believe we can have these forbidden fruits. However, should we give into this temptation, dark reprecussions await us…
/> Obsession

Chapter 1
Obsession
/> This is part one of ten. See below for a list of Chapters.

Alex was a plain boy, with a short dark curly mop of hair. He stood at 6" 1', the tallest in his class. He was slim and awkward due to his height. His skin was pale, slightly burned by the arrival of sun in Britain. His features were very feminine, with soft skin and thin dark eyebrows and pink lips. His eyes were brown – a beautiful milk chocolate colour which was the only striking thing about his person.

He was caught in the middle of puberty – several invisibly fair hairs under his nose and chin. His voice was breaking – shifting from it's high-pitched boyhood into a deeper man's voice. His top button was done up, his tie regulation length and his shirt uncreased. He was a model of perfection – he abided the rules fiercely and was reluctant to change.

Alex was sat in his German class, a square room painted in greys and whites, with modern plastic furniture. The teacher was female, with long blonde hair and large breasts, both visible through the leather-like black top, but his attention wasn't on her – his gaze fell onto the back of a head of another student. A male student.

Alex had grown up hapilly – he'd never thought he was gay and had had several girlfriends. Even now, only rumours that he was gay remained – but he didn't find himself attracted to every man – just certain ones. He liked them cute and boyish – he'd always liked them like that but he had become socially awkward in High School. He didn't want to be gay – he just couldn't help himself – he thrived on male/male contact.

The student who Alex craved was called Matthew Thompson. Alex desired him like sunworshippers desire the sun. The boy was shorter than he was, around 5"11. He had beautiful ocean blue eyes and sunkissed skin, his face covered in freckles which made him look so much younger than 15. His hair was short and spiky – a beautiful golden blonde. He was popular – shirt hanging out and tie just at visible length. He was kind and smart – perfect in every way

Almost as if Alex's stare of lust could be felt on the back of his sunkissed neck, Matthew turned around in his chair. Alex hurriedly averting his eyes to the sheet of paper on his desk, pretending to read. He felt the same feeling of being watched and looked up. Matthew mouthed 'Hi' to him, and Alex felt his chest become tight. He smiled back, about to respond, but the piercing glared of his teacher fell upon him.

"Are you paying attention, Alex?" she asked curtly, and Alex nodded, apologising and sitting up immediately.

The teacher pursed her lips and returned to the rest of the class, who were muttering about the 'swot' being in trouble as if it were unheard of.

"Now, where was I?" the teacher consulted her book while Alex stole a glance at the other boy. Matthew smiled kindly at him and Alex smiled back. "Oh yes. Was habe du letztes Wochenende />
The class read from the sheet before them, chanting in a monotonous voice. "Ich bin ins Kino gegangen."

/>
The bell signalling the end of class rang loudly and clearly. While the teacher assigned homework, the class packed away their stuff and stood up.

She dismissed them row-by-row. As they left, in the midst of the scramble to leave, Alex felt his hand brush past Matthew's ass in the commotion and his cheeks turned red, Matthew half-turning in curiously, with a smile on his face.

Breaktime had come after an hour of English. Alex drank deeply from the carton of juice he'd bought, when a voice disturbed his silent drinking.

Richard was slightly shorter than Alex, with dyed black hair and several faint freckles on his tanned face. His tie was loose and his shirt untucked, showing his toned body. His bag was slung over his shoulder, covered in mud. Alex smiled – Richard was his best friend. The pair had been friends since preschool – Richard was always the loudmouth and Alex had always been the brains. "You weren't concentrating in German." Richard noted dutifully. "Or English."

Alex's cheeks were reddening again. "I didn't feel very well. It was too warm in there." he lied flawlessly.

Richard smiled, though his concern remained. "You're O.K. though, aren't you?"

The bell rang, signalling the end of break and the start of their third period – Maths.

"Stupid bitch, giving us homework for over the weekend." Richard said as they walked towards their next class together. He was referring to their German teacher. "She's happy to flash her tits but I bet she's got a fanny like a bucket after all the men's she's slept with."

"No problem." retorted Richard simply. "Have you seen Ben anywhere?" he was referring to the third member of their small group of friends.

Ben had auburn-coloured hair, and wore specs. He was the smartest in their classes. His family owned a newsagents, so they spent many nights there, helping themselves to sweets while his parents were busy and peeking in the dirty magazines.

Alex shook his head. "No – why?" he asked curiously.

It was Richard's turn to blush. "No reason. Just wondered." he lied. Alex smiled and the pair walked into Maths together.

Ben was already in their Maths classroom, sat in his usual seat at the back. The two boys joined him, and their fourth friend Ian – the raven-haired openly-bissexual mosher. Ian had vivid green eyes, and a gorgeous smile, dressed in his black hoody over the usual school shirt.

said Ian, who was Welsh and had moved to Hillburys Senior School two years ago.

Richard and Alex chorused, as they sat down on the table next to Ian and Ben's.

"Morning Richie, Morning Alex." Ben said from behind his specs. "No maths teacher," he informed them. "She had a breakdown during first period. Someone told her that her kid was ugly." The other boys smiled.

"That means we might get a supply teacher." Richard said with a hopefuly smile.

No sooner had he said this, a young man – barely old than twenty, walked through the door. With boyish good looks, a cheeky smile and green eyes, he looked like a model with the long blonde locks. "Morning class." he said, and the class chanted back his greeting.

Alex felt his dick stir in his pants because of the Scottish voice. He felt Richard shifting uncomfortably in his seat.

Last lesson on Friday afternoon was Sport, a lesson which Alex hated most, except today. He was in Matthew's tennis group, and the chance to see his object of desire in his sports outfit caused a longing in his heart that almost hurt.

As he changed into his gym kit, he caught a glimpse of Matthew in his boxer shorts. The lean, musculed body of the fifteen year old, with errect nipples and sunkissed skin, a seemingly hairless body, the fair hair hidden by his slightly sunkissed legs and arms. He felt as if he could explode in his underwear right there. He diverted his eyes as Matthew looked over.

The P.E. kit was a sleeveless white shirt and navy blue shorts. Alex finished changing and joined his four friends as they left the building.

"Are you feeling O.K.?" Richard asked Alex as they were walking out of the changing rooms out into tennis courts. Alex felt his heart skip a beat as Richard's soft hand came into contact with his naked shoulder.

"I'm fine." he said. "Albeit the fact it's too hot." he complained – and the other boys nodded. The sun was sorching their skin.

They reached the tennis courts and grabbed a tennis ball – selecting the court at the end. Pairing off as they always did, they began to play Doubles.

Several minutes later, Matthew arrived and chose the Tennis courts next to theirs. Alex felt overwhleming satisfaction, his mind no longer on the game until the tennis ball hit him on the head.

Alex blushed then served the ball – their game distracting him from his object of lust.

Half an hour passed, and suddenly an unfamilar ball rolled into their court. Alex caught the ball and looked up, to find himself face-to-face with Matthew. He appreciated the deepness of the other boys eyes, the sweet scent of manliness that he was exerting and the pinkness of his lips. He stared at the boy for several moments, which stretched into hours in his mind.

"Can we have our ball back?" he asked. Each syllable was a private pleasure for Alex.

"Sure." he handed Matthew it back. />
Matthew smiled. "Don't worry about it."

Alex ran into his house, knowing his parents wouldn't be back from work till five. His only brother was at college. He booted up his computer and began to undress.

As he undressed in his room, his body was doused in beautiful gold sunlight. His errect nipples, his hairless chest, the dark 'treasure trail' leading down to his underwear were lit up. His broad shoulders and slightly muscular chest was covered in sunlight. He closed his curtains and slid off his black underwear, revealing an errect penis. It was steadilly growing to it's full length of 6" long and 2" thick. He gave a soft moan of pleasure as his hands caressed his dick.

Alex put on his favourite video, watching the four men rubbing each other's body in oil.

"I love you Matthew, and I always will." he whispered.

END of Chapter One.