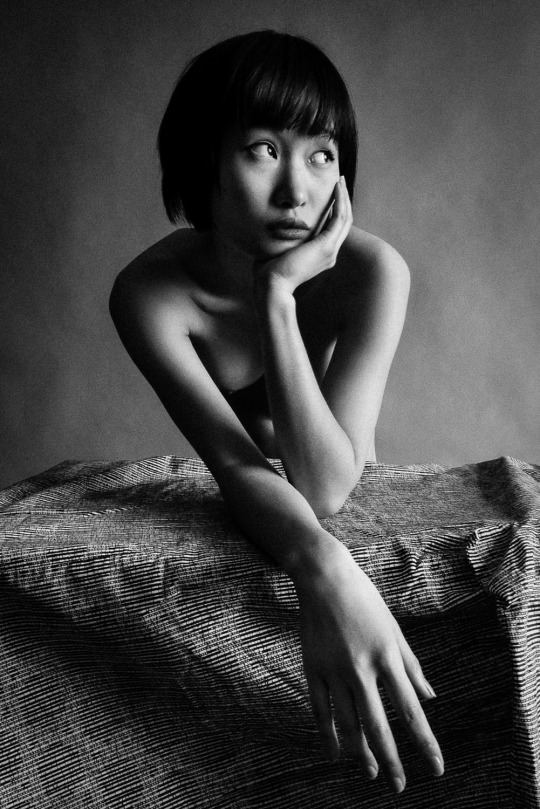 Tess lay on her bed in a bubble of self pity. It was Friday night and the boy she had asked out at school had refused her. Another weekend alone and it didn't help that her older sister was on a date at that moment. Even when their parents got a divorce it hadn't taken their mother long to find a boyfriend. Tess let out a sigh and rolled over to get a look at herself in the full length mirror, her long red hair going past her shoulders, her pale blue eyes, her milky face, and petite body. No wonder he refused her. she was nothing special. She had nothing to be desired.

Then Tess's phone began to ring. It was texts from her dad explaining that he would be away for work and wouldn't be home tell the next week. Tess sat up bed and decided if she was going to spend the weekend alone see was having some fun. She quickly pulled off her top revealing her pale boyish flat chest with tiny pink nipples. Next she removed the too tight jeans she loathed showing her favorite zebra panties.

Tess lay back on the bed relaxing and sinking into the soft furry comforter, making small circles over her tinny clit letting the pleasure wash over her moaning as she mover her other hand under her panties slowly finger fucking her wet cunt, her finger reaching deep inside hitting her G-spot. She began to press harder and fuck faster as her back arched in ecstasy. It didn't take long be for she could feel the electric tingling in her pelvis as she came to a hard orgasm.

Tess lay panting for a few minutes recovering from her play. She removed her hand from her wet pussy and sucked them clean of juices enjoying the sweet taste of her love honey. The orgasm fell good but something was missing. She was racking her brain trying to figure it out and then it hit her. She wanted someone else to partake in her. She wanted someone else to take her. Tess turned her head to the side and saw the over sized teddy bear in her stuffed animal collection.

Tess jumped off the bed and grabbed it and tossed it on the comforter. She pulled off panties and after mounting the bear pulled the underwear over her eyes. She placed her hands behind her on the bed and started grinding. This is what she wanted the soft fur felt so good on her naked pussy. As she began to fuck harder she imaged herself but in her fantasy she saw herself tall and slim with her breast bouncing as she fucked a young hot boy from school. Her fantasy felt so real that she could feel his hot meet inside of her swelling and stretching her to her limit.

She screamed as her sweet young cunt was pounded by his fat cock. Her brain went blank and she could feel sweat run down her back. It felt like nothing she had ever experienced she want more. As if her body knew what she thinking her clit felt like it was expanding and getting more sensitive well she felt herself pick up the pace. Tess completely lost control and fell onto the teddy's chest as she felt the largest orgasm she had ever felt building.

Though sheer will she held herself on the edged even as she screamed. Tess gritted her teeth holding on for more time letting it build until she finally broke and explode with pleasure. Even as she tried to stop herself the orgasm was too much and she began to piss. But Tess didn't care it just added to her pleasure. She shuttered with ecstasy and suddenly she became light headed and blacked out right where she lay.

Tess awoke some time later still groggy from her storm of pleasure. She yawned and grabbed her teddy a little tighter. Then, it hit her like a bag of rocks all the feeling and memories of what transpired earlier. She spun around to find to her surprise that the bed was dry and unsoiled. This was strange because she distinctly remembered wetting the bed. Her worry soon passed as it was replaced with a wave of nausea.
Falling back on the bed Tess was overcome with what had transpired. She had felt better then she had ever felt before and she wondered what made this time so special, but that notion did not last for she had a whole weekend ahead of her.

After some thought and the musky smell of her own body she felt that a nice warm bubble bath was in order. As she walked to the bathroom her chest felt heavy and her limbs gangly. As she ran the water extra hot and added her favorite bubble bath she could not shake the feeling that something had changed. As she slipped into the water she felt suddenly lonely and depressed.

Tess pulled her legs close to her chest grabbing her knees. That's when she realized what was so strange. In particular two things, one that the tops of her knees were poking out of the water and two her breasts where pressed agents her legs like two smashed marshmallows. She stood and turned to gaze at her reflection in the full length mirror. She did not recognize herself for the person in the mirror was not herself but the woman from her fantasy.

As Tess looked at herself she and became fear full. How was this possible, it couldn't be possible could it? Anxiety began consume her. She began to breathe hard and shake. A wave of nausea and exhaustion gripped her. As her vision began to fade and she had a feeling of falling drifting in to darkness.