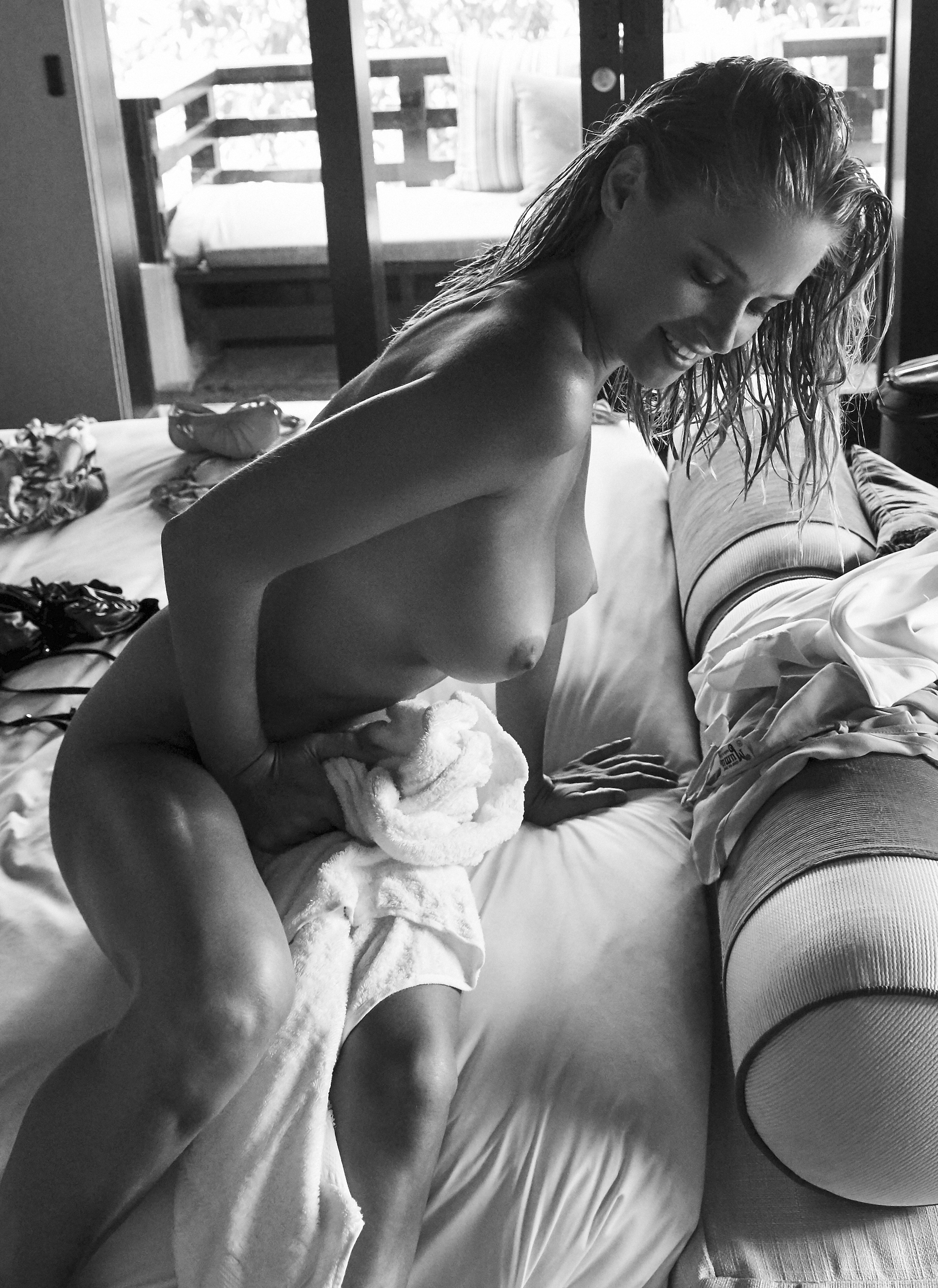 It was just one of those days.

The kind of days where you call in sick to work and stay in bed all day long. Thankfully she had an over stocked bank of sick days and nothing important to do all day long. It was also helpful that her boyfriend was sleeping next to her, and it only influenced her judgment slightly that he had the day off.

She had thought she did a great job convincing her boss that she was sick, she had even gaged on the phone to make it sound like she was going to throw up, which had really hurried him off the phone. It might have been a bit of overkill but still, you can never be to careful these days.

She rolled over and enjoyed the sensation of knowing she could sleep as long as she wanted without anything in the world to bother her. The gentle breathing of the man sleeping next to her lulled her back to sleep.

Eventually consciousness returned and she found that she was alone in the bed, she frowned to herself slightly, annoyed that he had left the bed without waking her up. She glanced at the clock and saw that it was now almost noon, she smiled to herself as she thought about what her parents would say if they saw her sleeping in this late, they had always pitched a fit when she was younger if she was in bed past 8 in the morning.

She decided that she had enough sleep for the day and slunk out of bed, stretching languidly she sauntered towards the bathroom. Setting tub to fill she considered that since this was a special occasion she would use some of the expensive bubble bath that she had been given for her birthday this past year. Pouring some of the expensive concoction into the tub she breathed deeply, sighing at the pungent scent of lavender that filled the room. She slipped into the tub, groaning out loud as the hot water washed over her. She soaked in the tub, listening to the gentle sounds of the bathroom, the dripping of the faucet into the still waters of the tub, somewhere in the back of the house she could hear her boyfriend rustling around, doing something or another. She closed her eyes and soaked.

She was jerked out of her stupor when her boyfriend entered the bathroom.

"sorry I didnt mean to startle you" he said

She smiled at him, she slipped her hands into the tub, pulling up a handful of the bubble and brushing them across her breasts. She reveled in the way his eyes followed her hands, his jaw slackening in lust. Even after being together for nearly 6 years, the last 4 of those having been spent living together, he still lusted after her as much as the day they had met.

"Why don't you come in here and join me?" she asked seductively she watched as he quickly stripped off his clothing, nearly falling over in his haste to remove his socks. She chuckled quietly to herself. As he stripped off the last of his clothing she admired his body. His cock already stood at full attention, quivering proudly in the hot damp air of the bathroom. He was always fastidious in his grooming and, just like her, he removed every hair below his neck, leaving his body a smooth expanse of finely toned muscle. If he lusted after her, he had no idea how much she still lusted after him. In her eyes he was nearly the perfect specimen of a man.

As he stepped closer to her she took his cock in her hand and pressed it between her breasts. The soapy water proved to be an excellent lubricant and his cock slid easily between the pert mounds of her flesh. He groaned deeply and his eyes did their best impression of demon possession as they rolled up into the back of his head.

She slid his cock up and down, running her breasts over the full expanse of his cock, effectively fucking her tits. She bit back a groan of her own at the feeling of his rigid cock against her flesh. It was all she could do not to fuck him there on the spot. She resisted this urge however, he always took such great delight in teasing her when he was in a position of power that she never passed up a chance to return the favor

She continued the stroking motion, bending down to catch the tip of his penis when it emerged from between her breasts. She could taste the lavender from the bath soap and the bittersweet taste of the precum that oozed out of his tip. She wrapped her tongue around the tip of his cock pulling it into her mouth.

"God I want you so bad" he moaned into her ear.

She grunted in response continuing he bobbing motion as she inhaled his cock. She could feel it hit the back of her throat each time she attempted to take the full length of his cock into her mouth.

"Lets move to the bedroom and continue this" he said

She moaned in response.

Stepping from the waters warm embrace she wrapped a towel around her body, soaking up the water. He moved closer and his hands found her body beneath the towel. His fingers slid around her moist flesh. One arms snaked behind her waist pulling her body against his. The towel fell away, leaving their naked bodies pressed against each other. One of his hand slipped down between her legs, finding the wet lips of her pussy already waiting for him. She bit her lip to repress a moan as his index finger intruded inside her sensitive hole. He took the time to pay her back for teasing him earlier, sliding one finger along the edges of her pussy. She could resist no longer, a quiet moan escaped from between her lips, she glared at the self satisfied smirk that filled his face but she could not hold on to her irritation for long. His questing fingers found her clit and he pressed against it, pinning it between his fingers and her pelvis. He knees nearly buckled and only his strong arm around her kept her on her feet.

In one swift motion he picked her up, lifting her bodily from the ground. She squealed in surprise before dissolving into laughter. He carried her from the bathroom before tossing her onto the bed. She bounced once and nearly went over the edge into the night stand. Turning around she crouched on all fours, presenting her pussy to him in a gesture that was half invitation and half challenge.

He rose to the challenge as it was and she cried out as his thick cock forced its way into her pussy. With little more effort at foreplay he grasped her hips and pulled her body against his. they quickly worked their way into a rough pattern. She could feel her breasts bouncing as each thrust of his cock rocked her entire body. Any pretense at silence was lost and she cried out in the pleasure of their act. Her cries mingled with his groans as they composed a symphony with their passion. She could rapidly feel her orgasm approaching.

He increased his pace, pounding on her pussy with unrestrained force.

She collapsed as the first wave of pleasure rocked through her body. She groaned as his cock was pulled from her pussy but all she could do was shake as she went through the throes of her orgasm in a veritable micro seizure. She felt his strong hands grasp her around the waist and roll her onto her side.

They were both covered in a sheen of sweat, necessitating that they would in a short while have to return to the bathroom and take a shower. Hopefully starting the cycle all over again. It would be a delightful afternoon.