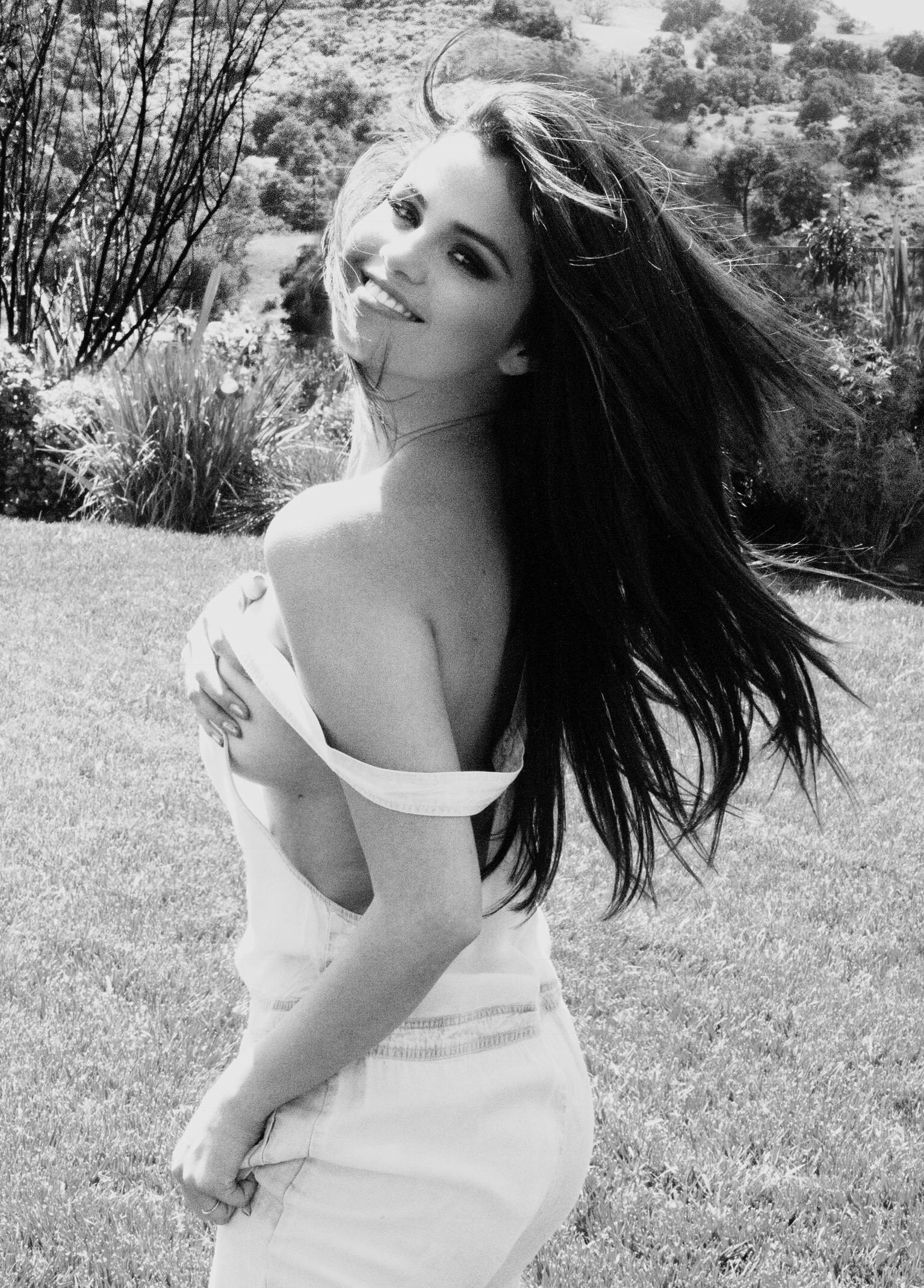 Andrea has been my best friend for as long as I can remember. we bonded in kindergarten because neither of could tie our shoes. we have shared blood, sweat, and tears. she is the one who explained all about puberty and my period. she is also the one who introduced me to sex.

Andrea and I are total opposites. I'm tall with barely wavy blonde hair and blue eyes with a slim build. Andrea, on the other hand, is short with wild curly brown hair and deep brown eyes and a curvy figure. she started developing breasts when we were in the third grade. while I was jealous of her, I also couldn't help but notice how beautiful her body was. being raised Catholic, I knew these thoughts were wrong and that I should bury them. I mean they would go away eventually, right?

when I say we were opposites, I mean in every sense of the word. I loved school and got good grades, whereas Andrea was more interested in life outside the classroom. by the time we made it to middle school she had been held back a grade already and before I started high school, she had already dropped out. well being a middle school dropout, she wasn't left with many options so, like many people in our neighborhood, she started selling drugs. when her grandparents found out, they kicked her out so she came to stay with me. we practically lived together when I wasn't in school so it wasn't that much of a transition.

my life became about school, then hustling with Andrea. Fridays were our busiest day becase that's when most of our customers got paid. on a hot Friday night in June, a regular customer asked if we could make a house call for this party he was throwing. after he made an order for weed, ecstasy, and cocaine, we drove to his house. we stayed for awhile because this party was wild and seemed to be too good to miss. after taking ecstasy and smoking a blunt, I sat back and watched people enjoy themselves. the ecstasy made everything seem more beautiful and every touch sent a tingle to the place where nobody but I had touched. I knew I was horny but being a virgin, I was too scared to do anything with a guy and I didn't think you were supposed to think of girls in that way but I couldn't help watching the girls dance.

"snap out of it" I thought, "this isn't right. just stick close to Andrea cuz we gotta head back sooner or later." I scooted closer to Andrea and she rested her hand on my leg. it sent a lightening bolt of pleasure to my unspoiled loins. a shiver ran up my spine and Andrea felt it.

"everything ok?" she flashed me that perfect white smile after I nodded yes. "good", she said as she scooted closer to me. I felt the wet heat between my legs. I thought of her lips, so full and juicy. my mind had just begun to wander when I heard Andrea say,"hate to leave a good party but we gotta bounce." we politely made our exit.

not wanting to go home, we decided to rent a hotel room. we knew a local one that was not bad but was widely used for prostitution so the manager didn't ask any questions about why two young teenage girls were renting a room. I immediately went to.the shower. I was hoping to relieve some of the sexual tension I was stuck with due to my fear of letting go. the water heater had gone out and my shower was cold so I rushed and jumped back out totally unsatisfied. figuring it was probably the x, I just resolved to drink a couple beers, get stoned, and crash for the night. I stepped out of the shower and realized I had forgotten my clothes in the duffle bag on the bed. I quickly towel dried my hair them wrapped a towel around me and took a deep breath before walking out of the bathroom.

Andrea had already changed into her pajamas. which, I couldn't help but notice, seemed to. show just a bit more skin than usual. her normal pajamas were an oversized tshirt and basketball shorts. tonight however she had on boy short underwear and a tank top. I couldn't help but to notice how perky her nipples were as she conveniently forgot to wear a bra. she looked amazing. she had finished rolling more blunts for and looked up to see me staring.

"you just gonna stand there and stare?" she stood up and threw me my t shirt and after drying off I slipped the shirt over my head. it fell just below my shaved mound. I looked up on time to see here eyes dart away from me. "if I'm not mistaken, she was just looking at my pussy," I thought with a smile, "I wonder how far she is willing to go. I mean she has to stop me if its wrong right?" I plopped on the bed next her and sat crossed legged in front of her with my knees touching her legs. she smiled and lit the blunt. she hit it twice and passed it to me. I hit it and grabbed a beer.

"give me a shotgun," she grinned as she handed me the blunt. I carefully put the fire end in my mouth and leaned close to her. as I gently blew the smoke into her mouth she inhaled and moved close enough for her lips to touch mine. they were so soft and I had the sudden urge to taste more. "damn you are such a big wuss," I kept thinking as I just sat there while she chattered on about our plans for the next day. "why can't you just kiss her? she will either like it or push you away," I thought to myself.

"lets crash," she said as she put the blunt out. we flicked off the lights and climbed into the bed. I scooted to the edge of the bed and laid facing outward thinking maybe I would sleep there without touching her.

"come closer. I'm cold," Andrea whispered and I felt my heart race and she pulled me closer to her. she smelled amazing. the scent of her hair mixed with the scent of her peach lotion and something I couldn't quite name. whatever it was, it was an intoxicating fragrance. I rolled over to face her so I could better catch a whiff of her scent. she snuggled close to me. I felt the tingling sensation between my thighs again. she ran her hand down my body and came to a slow stop on my hip. a sigh escaped my lips and Andrea giggled softly.

I wrapped my arms around her waist while I moved close enough to press my body against hers. Andrea gently held my face as we shared a long incredible kiss. it started out slow and slightly shy on my part, then it gradually became more passionate. she was taking control as she rolled on top of me. her hands pushed under my shirt to tease my nipples that automatically stiffened at her touch. she pushed her legs between my legs and spread her knees to push apart my thighs.

"sit up!" Andrea demanded. when I complied she stripped off my shirt then removed her shirt. she pushed me back on the bed. she kissed and nibbled a trail from my navel to my chin. after another deep passionate kiss, she lightly grazed each nipple with her teeth and wrapped her tongue around the nipple while sucking in as much of my breast as she could. her hand gripped my thighs in a way that further excited me. she began kissing a trail down to my virgin pussy and she gently spread my lips to expose the juicy pink flesh inside. she wasted no time as she forced her tongue as deep into my honey hole as it would go. I gasped in pleasure. she soflty laughed and said,"you taste amazing." she rubbed my opening as she licked and sucked my clit. I tried to relax as the waves of pleasure sent spasms thru my body.

I pulled down her panties and pushed my middle finger as deep into her pussy as I could. I swirled my finger in circles while I tried to imitate what she had done to my breasts. I added the extra touch of massaging her large soft breast while I teased her nipples. I felt her chest heave with quickening breaths. I placed my tongue on her clit and massaged it with slow strong strokes. her hips began to sway in a dance that matched the work of my tongue. Andrea sighed softly and began to moan. I worked my tongue faster while I fingered her hole. she let out the most beautiful cry of ecstasy and forced my face to her sweet smelling pussy. I kept pleasuring her thru her orgasm. I became almost intoxicated as I realized what the lovely scent I detected earlier was. she released her grip on my head and I lapped up her juices.

when I finished she pulled me close to her and laid her head on my chest. I pulled the sheet over us. I stroked her hair as we laid in silence. she hugged me tight as we both drifted off to sleep.