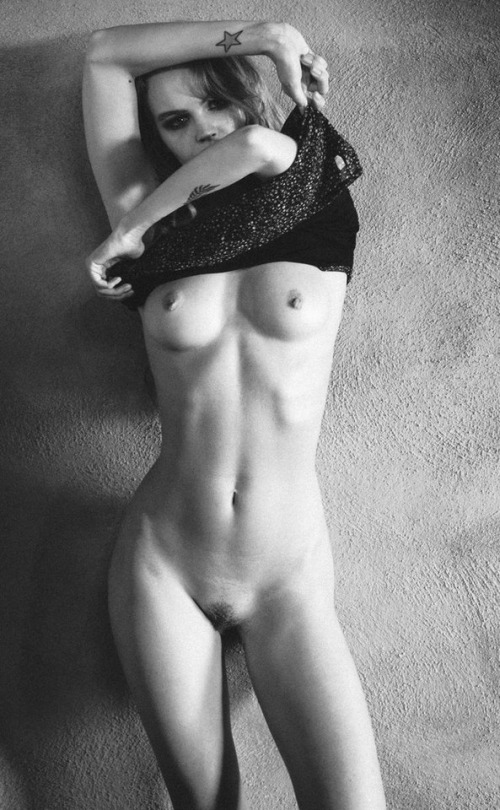 Clyde and I were out at the pumphouse one day, just before I turned 14, swapping blowjobs, and afterwards just sitting there talking. Clyde asked if I could fuck anyone, who would it be, and his mom, Margaret, was the first person that came to mind, and I told him. Instead of laughing or being insulted, he asked if I really wanted to fuck his mom, and I said hell yes. For some reason I’ve always liked older women, and she was pretty hot. She was a widow, living alone with Clyde, and tended to wear shorts or short skirts and tube tops around the house, with no bra. I loved seeing her tits jiggle as she walked around, and the outline of her nipples through the tight tube tops.

That Friday night, I showed up at Clyde’s house, under the pretext of spending the night with him. Margaret answered the door, in a miniskirt and tube top, and invited me on in. Clyde wasn’t there but should be back in a few minutes, she told me, he’d gone to another friend’s house for something. She had picked up some hamburgers and fries for dinner, and we decided to wait for Clyde to get back. So far the plan was working.

A few minutes after I got there, the phone rang, and Margaret answered it in the kitchen. I heard her talking for a few minutes, then she came into the living room and told me it had been Clyde on the phone, that he had decided to spend the night at the other friend’s house. I told her well, I’d just go on home then, and she said no, there was no reason to waste the burgers she had picked up, and I should at least stay for dinner.

We went into the kitchen and she unpacked the burgers and fries, then opened the refrigerator to get the soda out. It was on the bottom shelf and she had to bend over, and when she did I saw she wasn’t wearing anything under her miniskirt. My cock almost jumped out of my pants, but I managed to just smile and take the soda she offered.

We had our hamburgers and fries, then sat just talking for a bit. She said she was really disappointed Clyde had forgotten I was coming over, and she seemed a bit upset by it. She said she might have a drink to calm down a bit, and I almost backed out of offering her one of the joints I had in my pocket. Clyde had assured me she was okay with marijuana, though, and smoked it a bit herself, so I mustered up the nerve to offer her one. I was relieved when she took me up on the offer – that had been the most nerve wracking part for me.

We went out on the back porch and shared the joint, sitting on a glider, one of those steel two person seats that was mounted on a frame so it could slide back and forth, almost like a swing. As she had a few puffs of the marijuana, she relaxed, and turned so she was facing me, one leg on the floor and one on the glider. I had a great view right up her miniskirt, and could see her hairy pussy as she spread her legs a bit. Up until then, I had been trying to hide the hard-on in my jeans, but I put one leg up on the glider with the other on the floor, so she could see the tent in my jeans. She saw it immediately, and I saw her lick her lips, then she said maybe we should go back inside.

I held the door for her as she went in, then followed close behind her. Margaret suddenly turned around and hugged me close with one arm, and I felt her other hand reaching inside my jeans. She managed to stroke my cock as she kissed me, full on the lips, then took my hand and pulled me toward her bedroom.

Within minutes, she had begun to climax as I continued to eat her pussy. I paid attention to her clit, gently licking and sucking on it, as I fingerfucked her a bit. As I resumed licking up and down her pussy, I took the finger from her pussy and gently worked it into her ass hole. She began to buck wildly, moaning and groaning and begging me not to stop, as I slid my finger in and out of her ass while eating her pussy. I kept this up for several minutes, and she seemed to cum continuously, until my cock had recovered enough to start fucking her again.

As soon as my cock was out of her pussy, Margaret rolled me over and began sucking my cock, cleaning the cum and her pussy juices off it. I managed to get her to turn so I could lick and kiss her pussy at the same time, and we settled into a nice 69 for a while. Finally my cock began to stiffen up again, and she got off me. She had me lie there while she turned and straddled me, then lowered herself onto my cock as I watched. She fucked me that way for a few minutes, then let my cock slip out of her pussy as she adjusted her position a bit. She lowered herself onto my cock again, this time lining it up on her ass hole, and I watched as my cock disappeared into her ass.

The next morning I awoke to Margaret lightly kissing and sucking my cock. As soon as she noticed I was awake, she took all of it into her mouth, and began sucking it in earnest. I was groaning and had rested one hand on her head when the bedroom door opened and Clyde stepped in, completely naked. I had been asleep and never even heard him come into the house, and was sure Margaret hadn’t heard him either. She looked over at him and never missed a stroke, still sucking greedily on my cock as Clyde walked over to the bed, then held his rigid cock out to his mom. She let my cock slip from her mouth, taking it in one hand and stroking on it, as she turned and took his cock into her mouth. I finally realized I had been had, and the plan hadn’t been for me to seduce Margaret, but for her to seduce me, then for Clyde to join us. I didn’t mind, since I was getting what I had wanted all along anyway.

As we were licking her, Clyde moved over and began to lick and suck my cock, and Margaret looked on, surprised. She had never known Clyde was bisexual, and watched as he sucked and licked my cock just as she had done earlier. She moved over and once again began to suck Clyde’s cock, and within a few minutes he and I were both hard again and ready for another round.

We finally broke for breakfast after a while, then we all sucked and fucked each other until well into the afternoon. When I left, Margaret invited me back to spend the night anytime.

Of course, the next thing Clyde and I wanted to do was to get Clara involved, and as soon as she heard about it, Clara was eager to join us. None of us were sure how Margaret would react, though, so Clyde simply asked her if I might bring a girlfriend to join us the next time. Margaret, thinking Clyde and I would simply be swapping back and forth between her and Clara, agreed.

The next Friday night, we were all back at Clyde’s house, and initially we split into two rooms, with Clyde in his room fucking Clara, while I fucked Margaret in her bed. After a while Clyde and I swapped rooms, and I fucked Clara while Clyde fucked his mom.

After I had fucked Clara, I left her in Clyde’s room while I went back over to Margaret’s room, and left the bedroom door slightly open. Clyde was sucking and licking his mom’s pussy, and I joined him on the bed and we took turns eating her pussy. After a few minutes we both moved up to her breasts, and Clyde began suckling one while I suckled the other. Margaret was so enjoying having both her breasts suckled that she didn’t notice when Clara slipped into the room. Clyde and I made room for Clara to get between Margaret’s thighs, and she began licking and kissing the older woman’s pussy.

Margaret suddenly realized another mouth had joined the fray, and struggled briefly to try and get up, but she didn’t make too much effort and Clyde and I were able to pin her down. Clara continued to lick happily at her pussy, and Margaret settled down and began to arch her back, pushing her pussy upward toward Clara’s face.

Clyde and I backed off and watched, as Clara continued to eat his mom’s pussy. Clara thoroughly enjoyed herself, licking and kissing and sucking Margaret’s hairy pussy as the older woman moaned and bucked against her tongue. Clara brought her to her orgasm quickly, and continued to work on her pussy, holding Margaret at the peak of her orgasm as long as she could.

Clyde and I were both hard and ready, and we had Clara back off for a minute while we got Margaret into position. Clyde lay back on the bed with his legs hanging over the edge, and had his mother lower her ass onto his cock and lean back onto him. I got between their legs and shoved my cock into Margaret’s eager pussy, and we began fucking her in her ass and pussy at the same time as she tried to rock back and forth on our cocks.

Clara let us get started, then lowered her pussy to Margaret’s face. Margaret tried to turn her face away at first, but Clyde held her head from behind as Clara ground her pussy into her face. Margaret finally tentatively began to lick Clara’s pussy, as her son and I continued to fuck her, and gradually she began eating Clara’s pussy in earnest. Clara ground her pussy onto Margaret’s face, trying to take her tongue as far into her pussy as she could, then moving so that Margaret was kissing and sucking her clit.

Afterwards Clyde and I lay back and let his mom and Clara suck our cocks, swapping off every once in a while, until we were ready to fuck again. We had a great time that night, all of us sucking and fucking until we were exhausted, and we made sure we got together plenty of times after that.