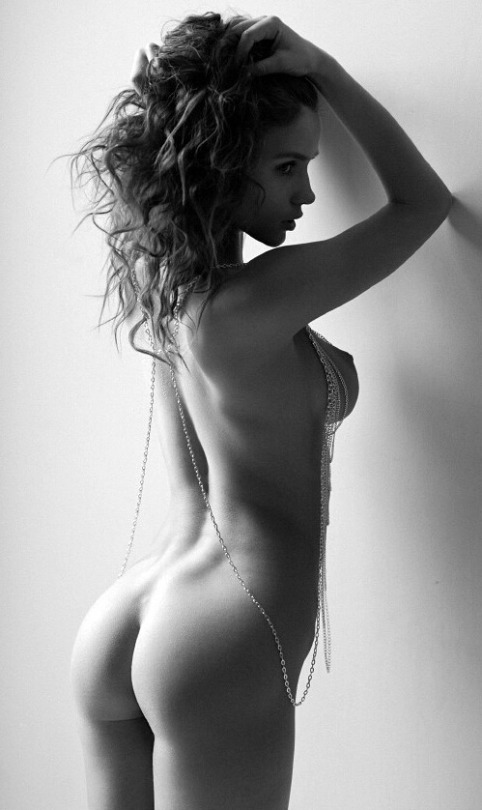 To fully understand the sexual and emotional rollercoaster I went through during this story, I recommend you read Ex” before reading this one.

Same event, same date as last year and my Dad was having the same party as he always does and all the same people were coming, including my Dad’s ex. (Kathy)

I didn’t know if Kathy was going to be there, nor did I really even think about it. Maybe I didn’t want to.

I was inside the house, putting the ice in all the coolers that we were going to set up outside for everyone when Kathy showed up at my Dad’s place to drop some stuff off before the party and asked my Dad if it was OK if she brought her friend this evening (my Dad’s parties were the type of parties you don’t miss and want to attend) and my Dad was cool with it and so she asked if he knew if someone was going in town because she had to take a run to the beer store for her and her friends and would need some help.

My Dad quickly offered me to help and called me outside and her eyes and my eyes met and I’m sure my reaction was noticeable (flush, instantly hot, slightly still out of shock and embarrassment because I did not know why she was there(really hoping it wasn’t to tell my dad what had happened the year before).

My Dad quickly said…”do you mind going in town with Kathy to help her carry a few things?” and I looked at her and she waved me over in a very confident manner, not letting on to my Dad that anything was weird.

I was hoping she would say something quickly to break the fucking insane nervous vibe I was feeling.

I sat in her car and couldn’t even make eye contact! She quickly spoke and said “ So, how have you been?” You would think it’s an easy answer but for some reason, it felt like it took me forever and all the energy I had to simply say “pretty good”. (while trying to not sound like a bumbling teen)

She said: “You seem nervous?” I quickly said no!…but she looked at me with a smile and said that the look on my face when I saw her was priceless.

I grinned and kept my mouth shut.

She placed her hand on my lap and said very calmly worry, our secret is safe.”

The biggest weight was lifted off my shoulders but instantly became nervous again when she said “so did you miss me at all?” I shook my head yes and she said that I’ve grown and that I look good.

She asked me if I minded if we pick up her friend before we go to the liquor store and I of course said yes.

We walked into her friends house and she introduced me to her smoking hot friend (slightly younger than she was) and i was acting a little shy I’m sure.

She asked me to have a seat while her and the other girl finished getting ready and I can hear them talking and giggling and even whispering and that sinking feeling of knowing someone is talking about you came over me.

I still not too sure what last summer was all about. I still felt like they would come out laughing at me for what had happened the summer before but before I could think much further, Kathy came out and sat on the couch with me and handed me a beer and said it will only be a few minutes before her friend was ready.

A few minutes later, the friend came out and sat on the other couch and had a drink in her hand and decided to fuck with me a bit by bringing the topic up….(What the fuck – is all I could repeat in my head) the friend pipes up and says ”Kathy tells me you guys had fun last summer at your Dad’s party”…I looked at Kathy and she immediately said “Well I did tell my friends but don’t worry, they wont say anything, they think it’s hot”. Little comfort for someone who feels like they soon might go through one of the most embarrassing moments of their lives!!

The friend asks ”so did you have fun, did you like what you did?” I said yes and I now think that my shyness played a role in the next thing that happened because I think it turned them on knowing I was completely lost in my thoughts and didn’t know how to act.
Kathy asks me ”since last summer, has any girls sucked your cock the way i did? Or have u even had sex yet?”

Holly Fuck!!! putting me on the spot (I think I spit out a bit of my drink) the way she asked was very intimidating but like I said, I think they were getting off on the whole thing.

I decided that I was gong to compose myself and go with it and told her that I have fooled around but no, have not had sex”.

Kathy, noticing my discomfort as I disclosed something very personal immediately says “well last year, I gave you something to experience and remember and I’m going to do it again for you” – she now had my attention as I was looking right at her as her friend seemed to be enjoying the show as she got comfortable on the couch facing us.

She continues: “The only reason I am doing this is because I think your hot and you can obviously keep a secret. Am I right?” I quickly said yes.

She told me to sit back and relax.

I sat there as she placed her hand on my lap as I watched her friend squish herself into the corner of the couch and slide her hand down her shorts. Thin shorts, really really thin shorts. So thin that I can see the entire shape of her hand and every move she made as she teased her pussy. (all the while, Kathy looking over at me looking for my reaction)

My cock was so fucking hard and all Kathy said to her friend was mind him, you keep on going and ill take care of him”.

They giggled and smiled and she continued as she slid her finger into her pussy. These shorts were so thin that I could tell you which finger was inside of her and the exact moment she introduced a second finger into her soaking wet pussy. Kathy even told me to listen how wet her friend was and there was no mistaking the unique sound of a dripping wet pussy having fingers slide in and out of it.

This continued for a while as the friend began to get louder as she no longer held back her excitement by having us watch her and the sounds that came out of her mouth (soft, slow and deep moans) until Kathy gripped my cock, through my shorts and slowly teased it and stroked it in front of her friend as she switched between rubbing her own pussy and her tits…which definitely put her friend over the top as I watch this absolute sexy stranger finger fuck herself to orgasm.

I was slightly disappointed by the lack of noise I expected her to make as she came. Her body did slow down before her legs began to shake and then watching her back slowly arch as the strokes over her pussy and clit were more deliberate and shorter and quicker, almost like watching the orgasm build from her feet and slowly creep up through her body and filling her body as she sank into the couch just before she gripped her neck and arched her back again like if the feeling was coming out of her mouth and her mouth opened only to hear this silent scream and then she collapsed and rested as her hand slightly rubbed her pussy.

She slapped my cock and said, fine, stay here and watch.

Kathy got up and her friend stood up in front of me and the both took their shorts and panties off. They kept their tops on (why I don’t know).

They kissed briefly while lightly touching each others pussies and then Kathy sat down and her friend sat on her like if she was ridding Kathy giving me a perfect view of Kathy’s pussy (looks so wet) and her friends slightly thick ass.
I sat there, now with my dick in my hand but I could not bring myself to stroke it out of fear of ruining the moment. This tease was way to good to chance.

All I could do is close my eyes and put my head back as she tugged at my balls, keeping a constant pressure. While my eyes were closed, I suddenly felt her head pushing down hard against my body and when I opened my eyes, her friend was pushing her head down as hard as she could and talking under her breath while clinching her teeth and saying “suck it”!!!

Kathy then sat her friend down and sat on her this time and told me to play with her ass and watch as she made her friend suck on her tits in a really aggressive way.

I shook and played with her ass until Kathy was so sexually frustrated that she put her knees on each side of her friend and bent over and hung her tits into her friends mouth and told her to suck them hard.

At this point, I had stopped, not realizing that I was just watching the show. She told me to get behind her and get on my knees (giving me the perfect view of her asshole, pussy and hanging tits. Her one hand reached between her legs and began to fuck herself so hard! Her other hand reached back, franticly trying to touch me and I gave her my hand and she whispered in a very dominating way “give me your face” and as I leaned forward, she says “I told you to play with my ass” and pushed my face into her ass. I didn’t know what to do, this was new territory for me, there is no way I would have ever guessed what she wanted me to do. But I didn’t need to guess, she says “grab my ass and lick my asshole.

was no hesitation, I dove in and gripped her ass and tongued her asshole like it was the greatest thin on earth and she came instantly as she flicked her clit hard and moaning so load in her friends face.

I stood back and watch the moaning and breathing and FUCK!!!!….it was almost too much, I was rock hard again.

The girls all sat up and asked if I was ok and I said yes, looking and feeling a little vulnerable. She asked me to sit next to her and told me that sometimes women need a little space at their climax.

Noticing I was rock hard and her coming back to her sense, she chose that moment to regain control and said “looks like someone is ready to go again, I guess we will have to save that for next year”.