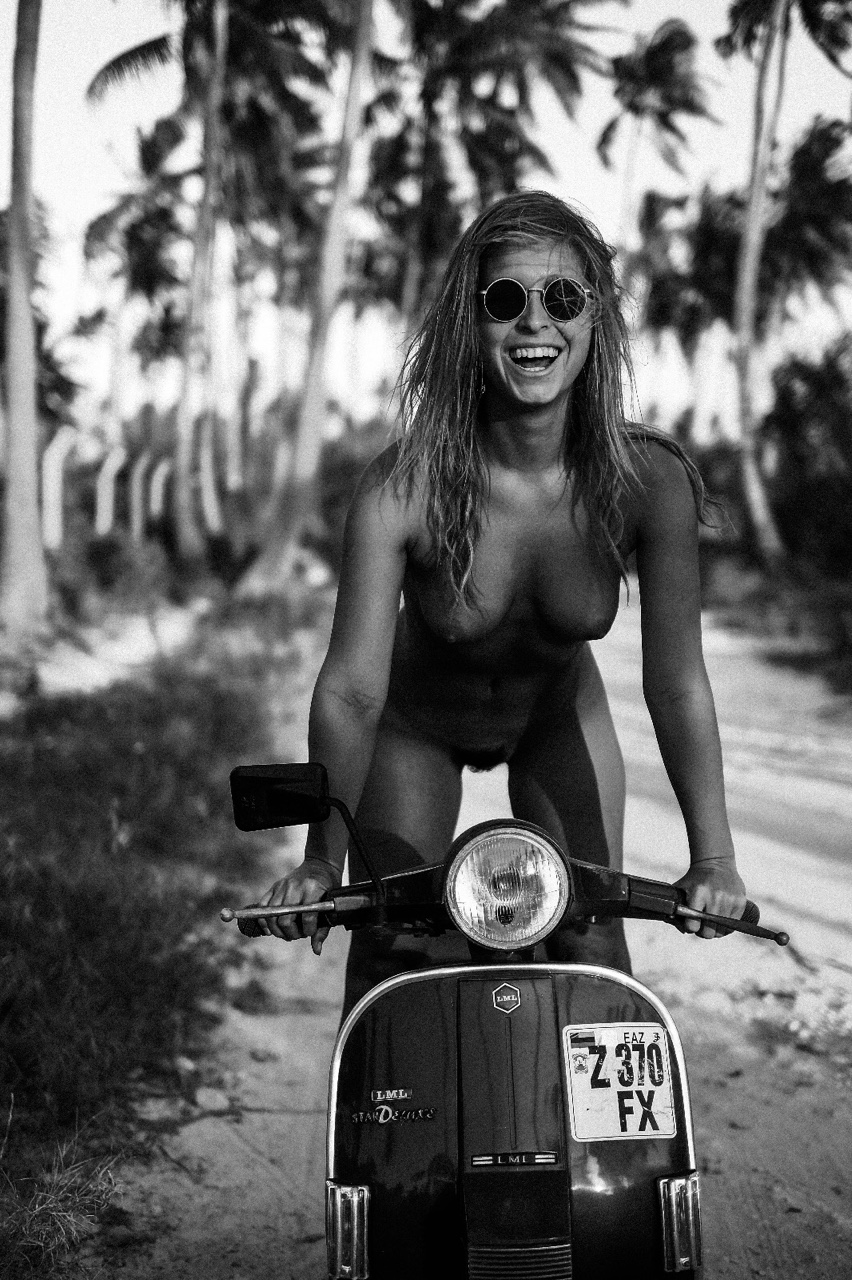 All his life he had deferred to females. They ruled. The Females did. He had heard stories of when it was the other way around, but things had changed. Slowly, women got equal pay, equal work, then they began to ask and get more rights and slowly men had been regulated into the position of the house boy and there to serve their mistresses. It had been less then a hundred years since it had been a world” and now men did not dare roam the streets without a female escort or they might be stolen to serve someone else, and usually not in a situation as nice as the one they had.

He was 20 years old. His mother had taught him how to properly behave toward females of all ages, and he was out with her and his 10 year old sister shopping. He was not sure why he was there, but they stopped at a house boy store and his mother started looking at him?!! Noooo they were so tight and the skirts so small. He said nothing while she held things up to him and handed the most embarrassing ones to him to keep and put others on the rack. At his home he had always worn long skirts.

“Valarie, go buy these things for number two. I will be right there I need to look at other things.”

“Valarie, some things are for when you are older, go buy them now and wait with him outside. If you cannot handle the responsibility of taking care of a boy for 15 min how do you expects to have one of your own when the time comes?”

His name was Greg, but it had been a long time anyone had called him anything but Number two. He was the second male in the house. The man who had been milked for sperm to create him was number one and he was number two. Names were for babies, females and sentimentality. He followed with the merchandise, out of the corner of his eye he saw the wall his mother was looking at and wanted to cry. It was the toys, cages for men so they would not use themselves in ways that was only appropriate for females to use them. He had one on now, but she was looking at the ones that would hurt.

“Will that be all, Female?” Greg snapped his head around, it was a boy! Working! Handling money, all by himself.

“Where is your owner, boy?” Valarie asked, sharply and curiously

“Right here, young lady” a Female came from the back. “ I don’t like to leave him home, I have use of him, and I do need help so he comes to work with me.

Valarie eyed the boy behind the counter. “You trust him not to steal?”

“He is not allowed to handle any cash, but usually people pay with their chip. He can handle that. He calls me if there is cash />
Greg’s hopes were dashed. He had thought maybe there was a place a boy could get a job and not be beholden to a female.

Valarie paid, and Greg grabbed the packages and followed Valerie head down eyes on the top of her head.

Once outside they stopped.

“I am tired; carry me on your back.” Valarie had long since learned she could boss and not ask. Two knelt down she climbed on and stood up.

Mother came out and looked at them, there was something sad in her eye when she looked at number two, almost a sense of sentimentality, but just as quickly it was gone.

go.” Number two followed and Valarie rested her head while riding on his back. “Valerie dear you know you are almost too old to ride on males backs, you could break them if you ride them too much and then they are not good for very much.”

“I am only speaking of things to come; it is fine for now child.”

Valerie settled back into her position and Greg remembered when her little hands used to feel so warm and cute, she had been so delicate and needed watching out for, now even at ten she was her own women and not only did not need him, but had little use for him.

Once home Number two took all the groceries into the kitchen to Number one. After placing all the bags on the counter Greg knelt, awaiting instruction from anyone. Any male ranked higher than him could order him around and any female could and since all that was here was Number one, the Mistress, and the Misses, his sister that left him the lowest person in the house. He knew he would not be left idle long.
Number One, the man who should have been and in another time would have been his father, patted him where he knelt. Not a lot of interaction was allowed between the males, so it was a brief moment.
Valarie came bouncing into the kitchen and Greg already kneeling bent forward and number One stopped what he was doing and bowed deeply.
Valarie said with a dismissive wave to which both males straightened up and Number one went back to putting groceries away while Greg just knelt.
“Mummy wants both of you in her bedroom when you are done putting the groceries away, Number one, see that it /> “Yes Miss, I will.”
“I wonder why? How much trouble are you two in?” Valarie wondered aloud echoing thought that were already in the other two males heads. Valarie knew that they both got spankings from time to time and had even watched, but she also knew that when they were called to the bedroom often there were hours of screams, and begging.
Number One finished and again patted number Two on the head, “Come Two, lets go, we have been /> “Yes, Sir” Number Two responded.

Upon entering Mistress room, One assumed a different position than Two. One stayed standing, feet shoulder length apart, hands behind his back, eyes forward, but never looking Mistress in the eye. Two knelt knees apart head forward touching the floor with his hands and arms stretched out before him. This position gave Mistress privacy when she wanted it, he only sat up upon command. But today she was sitting on her bed waiting for the males to get into position. At which point she ignored number two, approached number one, ran her fingers through his hair and pulled is face in for a kiss on the lips.
“I am sorry number one, but the day has come” she whispered into his ear as she released him.

He resumed position as he had not been told to as he would have been told if they were alone. That command just meant he could put his arms down and change his feet position, but this day Mistress felt that if he stayed in position maybe the news would not be so hard.

“Number two, you may greet your mistress.”

Number two crawled forward keeping his belly on the floor which made the crawling a bit difficult, so he was always glad she never stood too far way. Upon reaching mistresses’ lovely black shoes he kissed each one and began to lick them until she nudged his head up with the toe of one of them. That was her signal and he put his head between her legs face on the floor.

“Number two, Stand next to Number one.”

Number two went and took up the same position as number one, wondering all the time what this was about.

“Number two, you will be going to your new home today. I have been offered a good sum based on your looks and the training you are sure to have received at my hand. Everyone is always impressed with what I have done with Number one, so you are going to make me happy by increasing the wealth of this house. You will be leaving in an hour, she is sending a car for you, you will go naked with a bag of the few things it was requested you be sent with. I am going to leave. Number one, you have fifteen minutes to say your goodbyes then unlock his cage and report to me in the living room. Number two you have fifteen min after that to take care of yourself, after which you will lay on your back on the bed and wait for me to put on your new cage and give you further instructions. The two of you may talk freely for fifteen minutes.” With that Mistress walked out.

Two looked at One scared and uncertain. He knew this day would come, most boys were given away much earlier, but she had been holding on to him to perfect his training and get more money for him, but there was only so much she could train him for. Incest was still considered taboo, and he had never been used in a sexual manner and was only allowed to release himself privately albeit very quickly.

One grabbed Two and pulled him into a hug, this was his seed, his son and while he had never been allowed to show much affection he always had when he could. “Greg, my boy. “ and he held on. Finally One took a deep breath and released his son. “I wish I had good advice for you, I have no idea who you belong to so I don’t know the family or maybe I do. I suppose all those parties we have been forced to go to over the last month were Mistress’ way of showing you off to get offers on you. Be obedient. Do not resist. If they are unhappy with you as a sex slave or house boy, then you will be passed on for a laborer and your life will be ten times harder. Oh my son! I will miss you.” One pulled Two close once again and the two remained silent for several minutes.

“Well let me unlock that and leave you to it then, Greg. I will miss you more than you know.” And One bent down and unlocked his son’s cage. “ Better to take care of it now, you never know when they will let you again, with you being new and all.” With that One walked out to go join Mistress in the living room as requested.