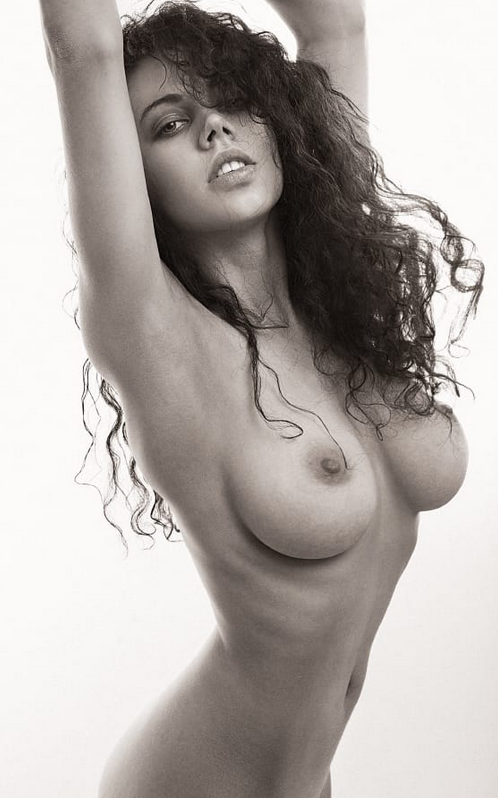 After breakfast I got dressed and headed for work.
"Bye babe, call me when your on your way," we kissed and I headed for my car.
To my suprise it was a gift bag, and a shoe box in the front seat. I hopped in my car and looked in the bag and it was a Louie Vutton Speedy 30 bag and a in the box was a pair of Loubitins. The bag had red letters saying /> I switched purses and shoes and drove off to work. Walking to work was a different experience everyone was either looking at my bag or shoes.
I heard Kayla. " Girl them shoes is killa".
I said placing my purse on the deck.
I sat down and got to work. By lunch time I had closed 3 major deals and attempted to clean my desk.
"Kayla Im going to get some lunch you want some," I said gathering my things.
"Yea, just hold up".

Weeks and weeks of working, Darnell had came home, continious sex with Tony something didn't add up.

"Bae are you okay" I could here Darnell asking from the Bedroom.
"Im fine" five days of pure nauseating stomach pains throwing up for days and had to call off work for a whole week.
After I freshened up I headed for the door.
"Bae Im going to Kayla's house to pick up a few things" I threw on my jacket.
"Kay call me for anything bae, Love you".
"Love you, too".
I headed for Kayla's house. But first had to go to />
"Who the fuck is at my door at 10 o'clock at night" she opened the door. "Girl what you doing here?"
I came in and went straight to the bathroom.
"Kayla, do you know how to use a pregnancy test?"
I pissed in the cup the test came with.
Kayla came rushing in. Tears started streaming down my face.
"Girl , what you talking /> "I may be /> "By who," she said said sitting on the edge of the tub.
"Who you think?" I said rolling my eyes.
I sat the test in the cup and waited.
"Girl, Im speechless," Kayla said rubbing my back.
I pulled the stick out of the cup and saw the positive sign. I fell to the floor in tears.
"Kayla, what am I going to do," I said between tears.
"Girl , you need to tell Tony A-S-A-P".
"Can you call him I said getting up," I stood in the mirror and cleaned my face.
"Yea, how about you just go lay in my bed," I grabbed the test put the lid on it and stuffed it in my jacket pocket.
While laying down I over heard Kayla on the phone, " You need to get here now its /> I was frantic that I couldn't hear Tony on the other end.
I drifted off until I heard the door slam.
"Why is Daniece's car out there?"
"Shhh, she's upstairs sleep."
"Daniece, Daniece!" His foot steps pounded on the stairs.
I sat up, just realizing I was crying in my sleep.
"What wrong," he said sitting next to me.
I handed him the pregnancy test. He analyzed it,
"What does this mean".
"It means im /> "Imma be a daddy" he said rubbing my belly.
I start crying heavily.
"What that mean you don't want to have my child" Tony said now sitting up,
"I really don't know what to think anymore".
He got underneath the covers and cuddled with me. I cried into his chest.
"You need to schedule a OBGYN appointment as soon as /> An okay was all I could muster.

When I woke up I Tony's shirt was still wet from where I cried all night. I ran to the bathroom to go pee. Looked downstairs and saw Kayla on the couch I forgot I was even in her house.
"Bae" I turned around to look at Tony. "What's wrong,".
'Grrrr' my stomach grumbled.
"Ha, ha, how about we go get something to eat we have a lot to talk about," Tony got up and walked me to his car.
"What about Kayla."
"She's fine, somebody is coming to pick her up," he drove off.
Half way there,
"Oh, shit Darnell!"
I dialed his number, "Bae, I am so sorry,"
"Oh, Kayla called me last night. Would you like me to come get you?"
"No, Im feeling better now. I'll be home in a few."
"Okay love you,".
"Love you, too D," I ended the call.

"Why you still fuck with shorty?" Tony said pulling up to Ihop
I said mocking him, " is my fiance', and I love him".
"I need you to end it with him," Tony said with all seriousness.
"Tony I …" I trailed off.
I just hopped out the car, and walked in the restaurant. After we ordered breakfast We talked about the unborn child and the fate of the relationship. I saw all these stares from everyone in the room some looking at me some looking at Tony, I was thinking what a power couple we could be.
"I love you Daniece, and it's not just a sexual thing. I truly care for you. I don't need you to say I love you too, or any of that; I just need you to say your willing to work things out with me." He looked me in my eyes.
"I am," he reached across the table and gave me a long passionate kiss.

After breakfast I went to Kayla's house which she was not there and then went home. Darnell was gone to my suprise as well. Tony made sure I got in.

In the morning Darnell still wasn't home, he left a message:
'Umm, something came up at work and I won't make it home. Love you'
I called him back but it went to voice mail.
'Welp, time to get dressed and ready for work.' I said to myself.

My work shift had ended, but I had to stay over-time to finish finalizing this last deal. All you could here was the click of the keys. I was finally finished, I printed and saved the documented, grabbed a manilla folder. I went to the printing room and waited for the 30+ page document to finish printing, while I was waiting I wrote 'Bale & Maisley Closing Deal' on the tab.
"Now I know you don't have my baby up at this time of night," I turned around to look at Tony .
"Tony leave me alone, I have to finish work," he came up from behind me and wrapped his arms around me.
I pushed him off of me.
"Stop Tony," I whined.
"I bet I give you another one of those G-Spot orgasms you won't complain," I turned around to look at him. I gave him a 'What' face.
"That thing when you thought you peed on me," he let out a chuckle. I was so embarrased I covered my face.
He start unbuttoning my blouse.
"No Tony not at work," he started planting kisses from my lips to my breasts.
"Ahhh, I can't," I pushed him back.
"Why you always fighting me just let it happen," I leaned back on the desk in the room, and let him work his magic.
I was standing the print room bra and panties. I started workin on Tony's clothes. I took off his dress shirt, then started working on his t-shirt. Up, above, and off it went. I planted kisses from his lips, neck, check, to his navel. I unzipped his pants and pulled out my fully erect friend, I began to stroke it. Pre-Cum starting oozing out I licked it off. Spitting on the dick I sat on the edge of the table and opened WIDE.
"Aahh" he pushed him in. No matter how many times we fucked I couldn't get used to his size.
He slowly eased inch after inch in, until his dick was all the way in.
"Fuck," I heard Tony say.
His dick was almost hitting my G-Spot, he poked it. I gasped and grabbed his back, nails scratching him and all.
He was slowly fucking the pussy, grinding in and out, slowly.
"Ah, ah, ah, shit!"
Tony starting kissing me to mufle my moans. He started fastening up his pace and I was on the verge of cumming, my pussy was extra sensitive. And Tony must've knew it he gave another deep stroke and I had came.
/> He helped me off the table and flipped me over. I put one leg on the table, and Tony shoved his penis deep.
"Fuck! Damn can you be a little more gentle."
"Shhh," he put one finger up to his mouth.
He kept banging my pussy, hitting it just right.
"Shiiittttt !"
He pulled my hair and made me arch my back. His penis was going in and out hitting my G-Spot. I was cumming, legs was shaken, words were trembling and when he smacked my ass it released something. The feeling was undescribable, it wasn't me coming, it was me …

I was awaken by Tony.