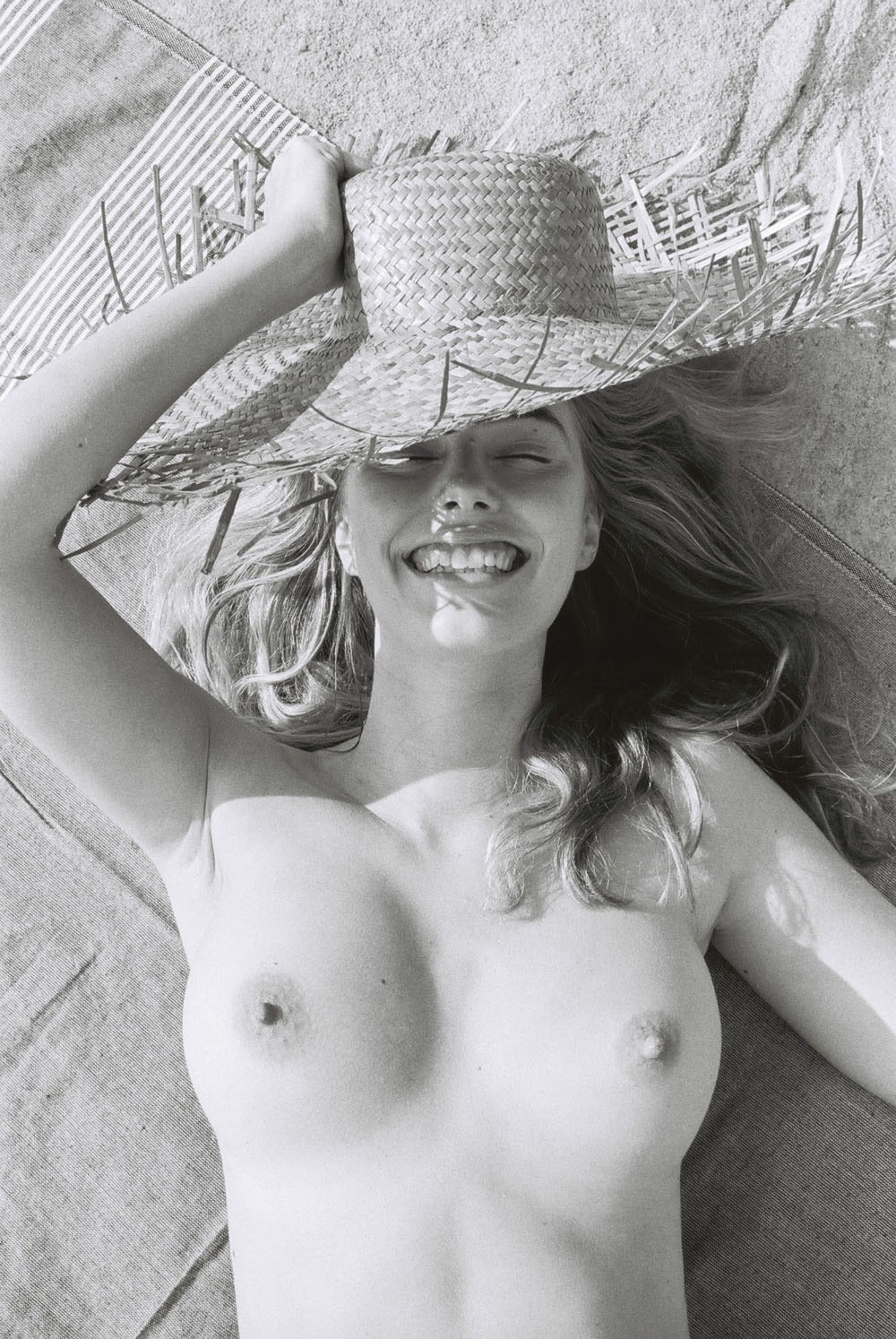 Well, not really my boyfriend. More like a friend of the family. He was casual and friendly, enjoyed being naked and sunbathing. I used to stop in and see him when I was frustrated at home or couldn't find any friends my age to hang with.

It wasn't about sex, just hanging out and rapping about life, work, girls and cars. I knew he liked guys. I had met some of them. I think my dad and he used to do it. As a matter of fact I'm sure they did. Still, he was great to just hang with. His house was sparse but comfortable. He always had beer and alcohol. He also fed me when I was hungover or just hungry. He was a great friend even tho he was much older than me.

One summer evening I was hanging at his place. My old girlfriend had been gone for months and I was commuting to work daily. I was beat and needed some distraction. He and I always had a frank and open relationship.

So out of the blue I asked, "Would you be interested in a little sexual

His head whipped around to look at me. He reached for his drink and took a long sip. No expression on his face. My face went red and flush. I felt like the cops had just pulled me over for speeding, again. I could feel the pounding of my heart in my chest and throat. What was I doing?

My dad had come out of the closet when we, his children, had grown up. My parents didn't talk much about it. But, after he did I began to see how my past had been influenced by his hidden desires. I was trying to imitate him as my role model and he was condemning me for acting out. To this day I wonder about his influences on me.

Will just kept staring at me for what seemed like hours. I'm sure it was just a moment or two. My breathing shortened, I got tense and small beads of sweat formed on my upper lip.

Suddenly his eyebrows raised, "Um, sure. If you want."

Looking back now, I know he wanted me. I was everything he like in a guy. Smart, slim, athletic and young. Especially young.

He was naked and followed me into the bedroom as I went. I started to take my clothes off by starting with my shoes. He came over and sat next to me on the edge of the bed.

I stood up and unbuttoned my shirt thinking about his question. OK, I'm getting ready to try having a sexual encounter but I have no idea where to start. When I was with girls it seemed easy; a little kissing, touching, and then things just took off. With another guy I was lost. I finished undressing while he closely watched my every action, patiently biding his time.

I rolled onto the bed and said, "Can we trade a little cock sucking? If you lay the opposite way, I can try yours while you try mine."

He smiled a little smile and smoothly slid next to me. His cock was next to my face and I could smell his sent. His head was next to my cock and he patiently waited for me to start. I was nervous and a little scared. I've never done this before. I mean I was never on the giving end. I loved getting head from my girlfriends. I even rated some of them on their style and technique.

I slowly reached over and grabbed his hanging cock, gave it a little rub and leaned in to kiss it. Then I quickly licked it. To my surprise it started to grow right away. I shouldn't have been surprised but it was the first time I was on this side of the experience. I felt Will stick the head of my cock in his mouth. I was already hard. It felt good.

I put the head of his dick in my mouth and rolled my tongue around it. The meat grew into my mouth as I closed my eyes and tried to imagine what a girlfriend would have done to me next. I slid down his shaft a little further. My throat was a little dry to start. I pulled it out and tried to salivate.

Will was gently suckling on my cock so I kept trying. I put his cock back in my mouth and slid it in and out a couple times like my girlfriends did it. Now I was salivating. I took his stiffening meat in as far as it would go without gagging myself. It was kind of like Frenching someone with a big tongue. My nervousness started to fade as I kept stroking his cock in and out of my mouth.

“Let's change positions,” I started, “get up on your knees.”

He complied and I used my hands to guide him to where I wanted him to be. Then I laid down and slid between his legs so I was looking up at his man meat. He was still stiff and I had to arrange myself until we were both in position. My head was between his knees while he sat upright looking down at me.

I opened my mouth and reached up for his stiff member. He got the idea and squatted down giving me his hard dick. As I got his cock into my mouth he shifted forward pushing the head to the back of my throat. I almost gagged but it felt good. His body sitting on my chest and his cock filling my mouth. I started stroking up and down trying to get a good angle.

As my efforts continued, my gag reflex eased and Will was moving his hips gently with my rhythm. I felt something under the back of my head. Will had stuffed a pillow under my head for me to rest on. Was he preparing me for a face pounding experience? I got a little nervous again and clinched my jaw.

“Watch those teeth.” he said politely.

My teeth! That brought me back to reality and made me think. So, I curled my upper lip over my teeth and stuck my tongue over my bottom teeth.

“Much better.” Will said with a groan.

That made me feel confident. I grabbed the back of his ass and pulled him as deep as I could. In and out, in and out. I could taste something. A salty slimy taste. That's when I felt his hand gently nudging the back of my head assisting my efforts. I held him deep in my mouth swallowing, using my tongue to milk the length of his cock while the head was buried against the back of my throat.

Suddenly he jumped off me and knelt next to me. He put his hand between my legs and cupped my balls, then sliding down between my cheeks. Without thinking my legs flew apart. Will leaned over and licked my shaft. He must have moistened his finger as well because the next thing I knew his slick finger was probing my asshole.

I worked myself up and motioned him to lay down on the bed. I straddled his waist and rubbed my crack against his stiff rod. I wet my own fingers and tested my asshole as I rubbed his cock with my movements. I was so excited I couldn't wait. I didn't know why.

Next I swung off to wet his dick with my sloppy mouth. Then I straddled him again and attempted to stuff his big dick into my hot, tingling asshole. It barely fit as I worked the head in. It hurt a lot. Still I couldn't stop trying. The head worked in and out a couple times before I just sat on it.

“Your so tight, it feels so good.” he said looking up at me and rolling his eyes back.

My legs were getting tired of holding me up and I started to sink back down impaling myself on his stiff cock. I shook as I could feel the head pushing deeper. Will shifted under me and his dick wiggled deeper. That caused me to squeeze my ass on his shaft. He groaned and pushed up. His hips came in contact with my ass. Lifting up and down a couple times I was fucking his cock all the way in now.

Building up to a rhythm my pain faded but my desires did not. Moving faster until I got another idea. Change of position again. I told him I wanted to change positions again. Climbing off he followed my lead and as I tried to get into the next position Will pushed me face down on the bed and squeezed my legs together with his, then shoved his dick in my ass to the hilt.

Will started to slowly and repeatedly fuck his dick into my ass. I was nearly worn out from the excitement. I couldn't stop him at this point. My body trapped and being held down by his full body weight. Over and over I felt his dick pull most the way out only to be shoved relentlessly back in. I tightened my ass but he kept fucking. I whined but he kept fucking. I arched and wiggled, he held me in place and kept fucking.

I couldn't believe it. Held down, fucked and fucked. My friend was using me. I guess it was my own fault for asking for his help and then not focusing on his needs. So now he was taking advantage of my willing and available ass.

It wasn't the only time I asked for his help but it still lingers in my mind. There was one other time.