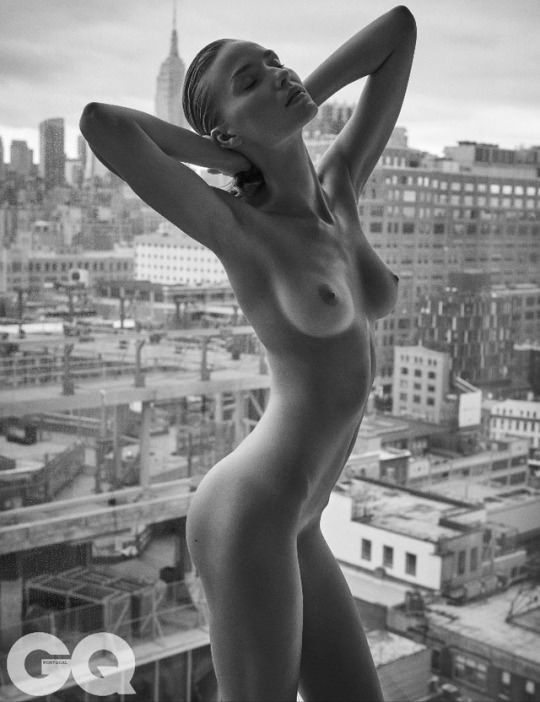 The summer after high school I took a full time job helping out a mentally challenged 28 year old man who lived with his grandparents. I needed to make some money before going off to college. I knew them from the church I went to and their house was within walking distance. Since I was friendly with the family, they were nice enough to pay me cash for the time I spent taking care of their grandson, Ben. They saw me as this nice, quiet girl who was always so polite with them.

I wanted to take school seriously when I got there, but I also wanted to have some fun. I tried to get more serious about my grades in high school. By then I hadn't had sex in a while during my senior year, and not even after graduation.

Ben was a sweet man with a mentally retarded intelligence which required constant supervision and help with various things. Whenever I saw him he was always so happy to see me. I would go for walks with him in the neighborhood and read books to him. We sometimes played simple children’s games and we also watched movies.

During one of our afternoon walks on the trails in the woods near his house, he and I stopped to sit by the creek. As we sat side by side on some rocks, we started talking about if he had ever kissed a girl before. He said he hadn’t. He asked if he could kiss me. I smiled and nodded. He pressed his lips up against mine for a few seconds. I slowly nibbled on his lips and opened my mouth slightly. I felt his tongue touch mine lingering in my mouth. It felt nice. I felt warmth spread in my pussy. It was getting wet.

Sometime in the second week, when we were watching a movie, Ben asked me if he could kiss me again. He saw the couple in the movie making out. I put my hands on his neck this time when we kissed. Our tongues met again, this time Ben seemed less shy about it. I felt the heat rising in my pussy again. While we kissed, I unbuttoned my blouse and pulled my bra straps down to reveal my tits to Ben. He cupped his hands over my breasts rubbing them softly.

“I touched myself thinking about kissing you last night.” He told me as he went to suckle on my nipples.

he answered as he kept sucking my tits. He pressed his body up against me. I wanted so much to undo his pants and have a look at his cock, but I didn’t have the nerve to do it. That day I just let him rub himself against me and he sucked on my tits until he came in his pants.

I couldn’t stop thinking about Ben after that. I wanted him inside me so badly.

After weeks of getting along great with Ben and his grandparents, they asked me to stay a little later some nights to help them out. They were generous with their pay. I needed the money and liked the time I spent over there so I stayed more often. During these times, I had to fix Ben dinner, give him a bath, and help him get ready for bed.

The first night I helped Ben in the bath, his grandparents retired early to bed leaving us alone for the entire time. I felt nervous and excited in the bathroom watching Ben take off his clothes and climb into the bathtub. I made sure to fill the tub with warm soapy water. I looked at his nude body when he was getting into the tub. He had a nice body. It was lean and fit, but not very muscular. The thick black hair he had on his head seemed to cover him entirely on his chest, genitals, and legs. He always had this softened vacant stare when he looked at me. He was so sweet to me. I knew he had a crush on me. I had this desire, an aching yearning inside of me, to let this mentally handicapped man have his way with me.

“Do you need me to get a washcloth?” I asked him.

“No, I like to use my hands.” He splashed the water around him a little as I shut the faucet off. The tub was about halfway full of warm water and some soapy bubbles floated around him. Through the faintly tinged white water, I could see Ben’s limp cock stirring slightly in the water.

Beth, his grandmother, had told me he needed my help washing himself in the tub. It was easy enough, just a thorough clean wash and get into his pajamas for bed. I started to lather up the soap in my hand to help him clean his chest and back. He just sat there not really doing anything except for splashing in the water a bit. As I washed his chest, I noticed his cock was hardening in the water. He reached his hands over his shaft and began to stroke it absentmindedly like I wasn’t even there. I kept washing him while I watched him touch himself. I didn’t say anything. I didn’t want him to stop.

Ben and I didn’t say very much for the rest of the time in the bathroom. I wrapped a towel around him and we went into his bedroom so he could get ready for bed. I helped him dry off with a towel in his room with the door shut. As I wiped the bathwater off of his body, I saw his dick getting hard again. My panties were already soaking wet from my pussy juices. I was so turned on by the sight of his hard cock again, I knew I had to feel him inside of me. I knelt down as he stood there naked and took him into my mouth again. I sucked him slowly while unzipping my shorts. I stopped and looked at him for a second.

“Ben, have you ever fucked a girl in her pussy before?” I asked him taking off my clothes.

“Do you want to fuck my pussy?” I pushed my fingers inside of my hole inviting him to shove his cock inside. He nodded dumbly walking towards me. He positioned himself standing between my legs as I raised them up in the air. I opened them wider helping him guide the head of his cock into my cunt. We both watched, my upper body propped up on my hands with my elbows extended, as his fat prick pushed slowly into my velvety fold. Instinctively he knew to pump his cock in and out of my cunt.

We lay back in bed panting. Our bodies were sweaty in the dimly lit room. Ben rolled over and I felt his limp cock pull out of me. His warm seed spilled out from between my pussy lips. He looked down fascinated.

He peered down between my legs as I lay there naked spreading them apart for him. His fingers parted my cunt lips and pushed into my hole. More of his sperm came out. I rubbed my fingers over my pussy and tasted his cum. He watched me lick my fingers. He pushed his fingers back inside my hole and further in. I moaned again. He looked up at me with delight, as if he had found a button inside of me, and he kept pushing his fingers in and out. I moaned more as he finger fucked me. I began to squirt out of my fuck hole again. This excited him even more and he finger fucked me harder. He pulled his fingers out and sucked my juices off them. I wanted so much for him to fuck me again, but I noticed how late it was getting. I didn’t want anyone to be suspicious about me staying so late. I got dressed and helped him get dressed. I tucked him in bed. I told Ben not to tell anyone before I left. I didn’t want to get in trouble. He agreed.

“Oh, Ben, please fuck me.” I wanted him inside me again. This time he undid his pants and pulled his underwear down around his ankles. I stood naked in front of him bending over, bracing myself against some of the rocks near the creek. He kept his clothes on and worked his cock into my tight velvety hole from behind.

“Oh god,” he said pounding his cock into my pussy.

“Oh, Vivian,” he said holding his cock inside me while I was bent over in front of him. He pulled out of me and I sat back down on the rocks. “Can I see?” Ben was so fascinated with looking and playing with my pussy. He pushed apart my cunt lips and watched his seed spill out. He shoved two fingers into my hole letting more of his sperm drip out.

Ben then he rubbed his fingers over my cunt lips a moment, but his eyes were drawn to something a little lower. His fingers traced over my asshole. I tightened my anus for a second, only to relax, and I felt his finger enter inside. He worked his finger in and out of my asshole as I continued to pant with my legs spread open sitting on the rock.

It felt so good, I wanted to feel his dick up inside my ass. “Use your cock, Ben. Fuck my asshole.” I lifted my legs up still spread apart for him as he fumbled with his dick pushing his head into my anus. His cock was mostly hard, while he continued to pump, I felt his dick harden as it slid in and out of my ass.

I reached my hand down to rub my clit feeling myself climaxing again. I was getting off so much thinking about how Ben had now fucked all of my holes. I felt like such a dirty whore at that moment. I let a mentally retarded man fuck me and I loved it. I was getting paid to look after him and I let him use my holes to feel good. I felt a wave of orgasm hit me. I wanted so much for him to cum in my ass now. Ben leaned his weight onto me as he humped his cock into my asshole. I pulled him close to me kissing him passionately on the lips. I felt his tongue in my mouth and we locked lips like any passionate lovers would. I tightened my anus around his shaft as he pumped in again. I heard him grunt against me. He shoved his dick all the way in releasing his load into my ass.

Ben and I carried on like this for the next month without anyone knowing. I would suck his cock sometimes when he took a bath. A few times I even took off my clothes and rode his dick in the tub. I still remember how dirty I felt when I pressed my wet tits up against him straddling my legs around his waist. He learned to hold me up and fuck up into my hole when I was on top. I loved letting him use my pussy like that.

When I had to get ready to go away to college I stopped working this job and never saw Ben again. On our last day together, I spent the whole day with him. His grandparents thought it was so sweet how close we became.

Ben was one of my many dirty little secrets. I couldn’t help but want to do such naughty things to get off.