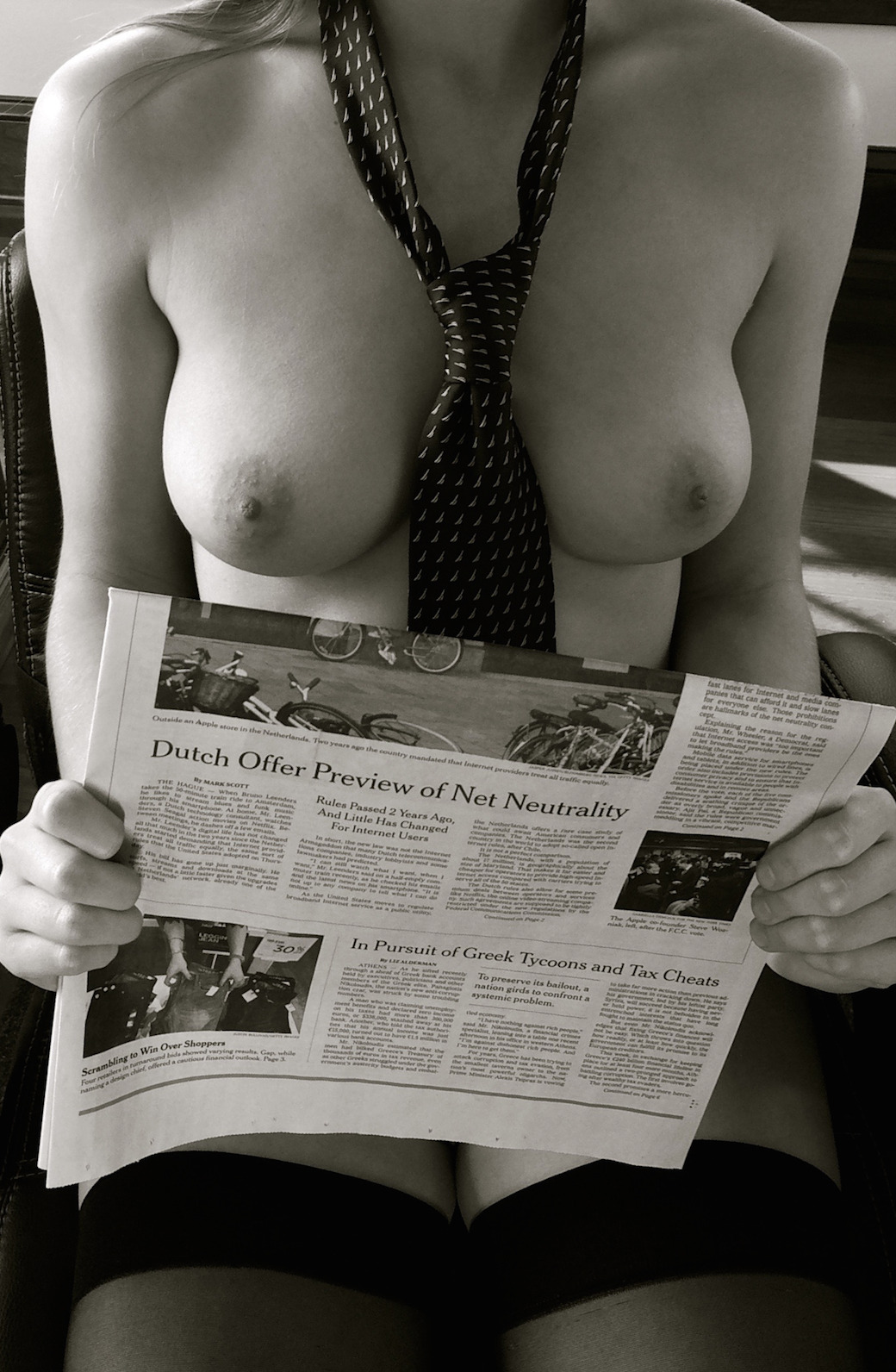 The friends had ceased to participate in Duclos' nine o'clock lessons. Wearied from the night's riot, fearing, furthermore, lest some operation might result in loss of fuck at that very early hour, and esteeming, finally, that this ceremony was accelerating their indifference to joys and to objects whose interest and integrity it was surely to their advantage to preserve for a while, they agreed that instead of one of themselves, one of the fuckers would hereafter take his turn at the morning exercises.
The inspection and searches were conducted, only one little girl was wanting to make all eight of them eligible for correction, and she was the lovely and intriguing Sophie, a child accustomed to fulfilling all her duties; however ridiculous they may have seemed to her, she respected them none the less, but Durcet, who had earlier conferred with Louison, her governess, so artfully caused her to tumble into the snare that she was declared to be at fault and was as a consequence added to the fatal register. The sweet Aline, equally subjected to close scrutiny, was also judged guilty, and so it was that the evening's list contained mention of the eight little girls, four of the little boys, and two from among the wives.
These tasks accomplished, Messieurs concentrated their thoughts upon the marriage highlighting the festival that marked the end of the first week. No chapel permissions were granted that day, Monseigneur clad himself pontifically, they betook themselves to the altar. The Duc, representing the bride's father, and Curval, who represented the young groom's, led forth Michette and Giton. Both were extraordinarily arrayed in the most formal dress, but also reversedly, that is to say, the little boy was costumed as a girl, the little girl wore boy's clothes. We regret to say that the sequence we originally established for the treatment of our matter obliges us to postpone yet a little longer the pleasure the reader will doubtless take in learning the details of this religious ceremony; but the appropriate moment for disclosing them will surely arrive, and probably fairly soon.
Messieurs passed into the salon. It was while awaiting the hour of dinner our four libertines, encloseted with that charming little couple, had them remove their clothing, and obliged them mutually to perform everything in the sphere of matrimonial ritual their age permitted, with the single exception of the introduction of the virile member into the little girl's vagina, which introduction could perfectly well have been effected, for the boy stiffened very satisfactorily, but he was held in check in order that nothing might happen to spoil a flower destined for plucking by others. But, apart from that, they were allowed to finger and caress one another; young Michette polluted her little husband and Giton, aided by his masters, frigged his little wife as nicely as you please. However, they were both beginning to realize full well the bondage they were in, and this recognition prevented voluptuous joy, even that joy their young years permitted them to experience, from being born in their little hearts.
They dined, the bride and the groom assisted at the wedding feast, but at coffee, heads having waxed hot over them, they were stripped naked, as were Zélamir, Cupidon, Rosette, and Colombe, who were serving coffee. Thigh-fuckery having become fashionable at this time of day, Curval laid hands on the husband, the Duc captured his bride, and the two men enthighed the couple on the spot. The Bishop, who since coffee had been brought in had taken a liking to him, now fell ravenously upon the charming behind, which he tongued, sucked, and whence he elicited farts, and he soon managed to transpierce the little fellow in the same way, while Durcet committed his preferred little villainies upon Cupidon's charming behind. Our two principal athletes did not discharge; one of them soon had Rosette in his clutches, the other Colombe, they slipped their pricks between the children's legs and, just as they had with Michette and Giton, ordered them to frig, with their pretty little hands and in accordance with the instruction they had been receiving, those monstrous prick ends thrusting beyond their crotches and out into space; and while the youngsters toiled away, the libertines comfortably fingered their helpers' delicious, fresh little assholes. And still no fuck shed; Messieurs knew full well what delicious chores lay ahead that evening, they proceeded circumspectly. The young couple's privileges were abrogated, their marriage, although made in keeping with every formality, became no more than a jest; they each of them returned to their quatrains, and the company established itself in the auditorium. Duclos took up her story.

A man with more or less the same predilections as the financier whose exploits terminated yesterday evening's recital shall be the athlete whom, may it please your Lordships, today's shall begin. He was a crown attorney of some sixty years and not only were his eccentricities unusual, but for practicing them he would have none but women older than he. Guérin gave him one of her friends, an aged procuress whose withered buttocks bore a powerful likeness to a crumple of old parchment being used to keep tobacco moist. Such, notwithstanding, was to be the object employed for our libertine's offerings. He knelt down before that decrepit bum and kissed it lovingly; farts were blown up his nose, he waxed ecstatic, opened his mouth, the lady opened her vent, his tongue went enthusiastically in quest of the mellow winds soughing in that tunnel. He could not resist the delirium into which the operation was plunging him. From his breeches he has brought out an ancient, pale, shriveled little device, an object as ill-favored as the one he deifies. "Ah! Fart, my old sweetie, fart thoughtlessly, fart abundantly," he cries, frigging himself with all his strength. "Fart, my love, for only thy little farts will break the spell binding this slumbering prince." The procuress redoubles her efforts, and, drunk with joy, the libertine surrenders his burden: between his goddess' legs fall two or three unhappy droplets of the sperm responsible for the whole of his delight.
O terrible effect of example! Who would have believed it? At the very same instant, and quite as if they had received a signal, all four of our libertines individually summon the duennas of their quadrilles. They lay eager hands upon those foul and rammy asses, solicit farts, obtain them, and are fully prepared to be just as happy as the crown attorney, but restrain themselves, for they remember the pleasures awaiting them at the orgies; whereupon they dismiss each his Venus, and Duclos continues:

I shall lay little emphasis upon the following passions, said that amiable creature, for I realize that there are not many in your midst, Messieurs, who are its votaries; however, you have commanded me to tell everything, and I obey. A very young man, a young man with a very handsome face, used to find it vastly amusing to lick out my cunt once a month, and at a certain period. I would be lying on my back, my legs flung wide, he used to kneel in front of me and suck, with both hands lifting my flanks so as to bring my cunt to within easy reach. He swallowed both fuck and blood, for he managed so adroitly, worked with such good will, and was such a pretty lad I used to discharge. He would frig himself, would be in seventh heaven, nothing evidently could afford him so much pleasure, and the hottest, the most ardent discharge, performed while in action, used always to convince me of his high humor. The following day he would usually see Aurore, not long afterward it would be my sister, and in the course of the month he would pass us all in review, and he doubtless made the rounds of every other whorehouse in Paris at the same time.
But, Messieurs, I believe you will concur in my judgment when I say that the aforementioned caprice is no more singular than that of another gentleman, an old friend of Guérin, who had been furnishing him for years. She assured us that all his joy consisted in eating expelled ovulations and in lapping up miscarriages; he would be notified whenever a girl found herself in that case, he would rush to the house and swallow the embryo, half swooning with satisfaction.
"I knew that particular man," said Curval. "His existence and his tastes are as authentic as anything else in the world."
said the Bishop. "And I know something just as certain as your man, and that is I'd not imitate him."
"And why, pray tell?" asked the Président. "I am convinced it would produce a lively discharge, and were Constance to grant me her kind permission, for I hear she's gravid now, why, I can promise her I'll fetch Monsieur her son along before he's fully done, and I'll toss him off like a sardine."
"Oh, all the world knows your horror of pregnant women," cried Constance, "and everyone also knows you only got rid of Adelaide's mother because she conceived a second time, and if Julie were to take my advice, she'd be careful."
"Why yes, 'tis perfectly true that I am not fond of progeny," quoth Curval, "and that when the beast is laden it quickens a furious loathing in me, but to imagine I killed my wife on that account is to be gravely mistaken. Bitch that you are, get it into your head that I have no need of reasons in order to kill a woman, above all a bitch that, were she mine, I'd very surely keep from /> Constance and Adelaide fell to weeping, and this brief dialogue revealed something of the secret hatred the Président bore for the charming wife of the Duc who, for his part, very far from supporting her in discussion, replied to Curval, saying that he ought perfectly well to know that he, Blangis, was equally illdisposed to offspring, and that although Constance was pregnant, she had not yet given birth. And at this point Constance's tears flowed all the faster; she was on her father's couch, and Durcet, not taxing himself to comfort her, advised her daughter that if she did not cease her blubbering that instant, her state notwithstanding, he was going to boot her ass out of the auditorium. The hapless creature shed inwardly upon her heart the tears wherewith she was reproached, and was content to say: "Alas, Great God! very wretched am I, but 'tis my fate, I must endure it." Adelaide, who had also been weeping away on the Duc's couch and whose distress the Duc had been moving heaven and earth to increase, also managed to dry her tears, and this scene, somewhat tragical although very mirthful to our four libertines' villainous souls, ground to an end, and Duclos resumed her tale: