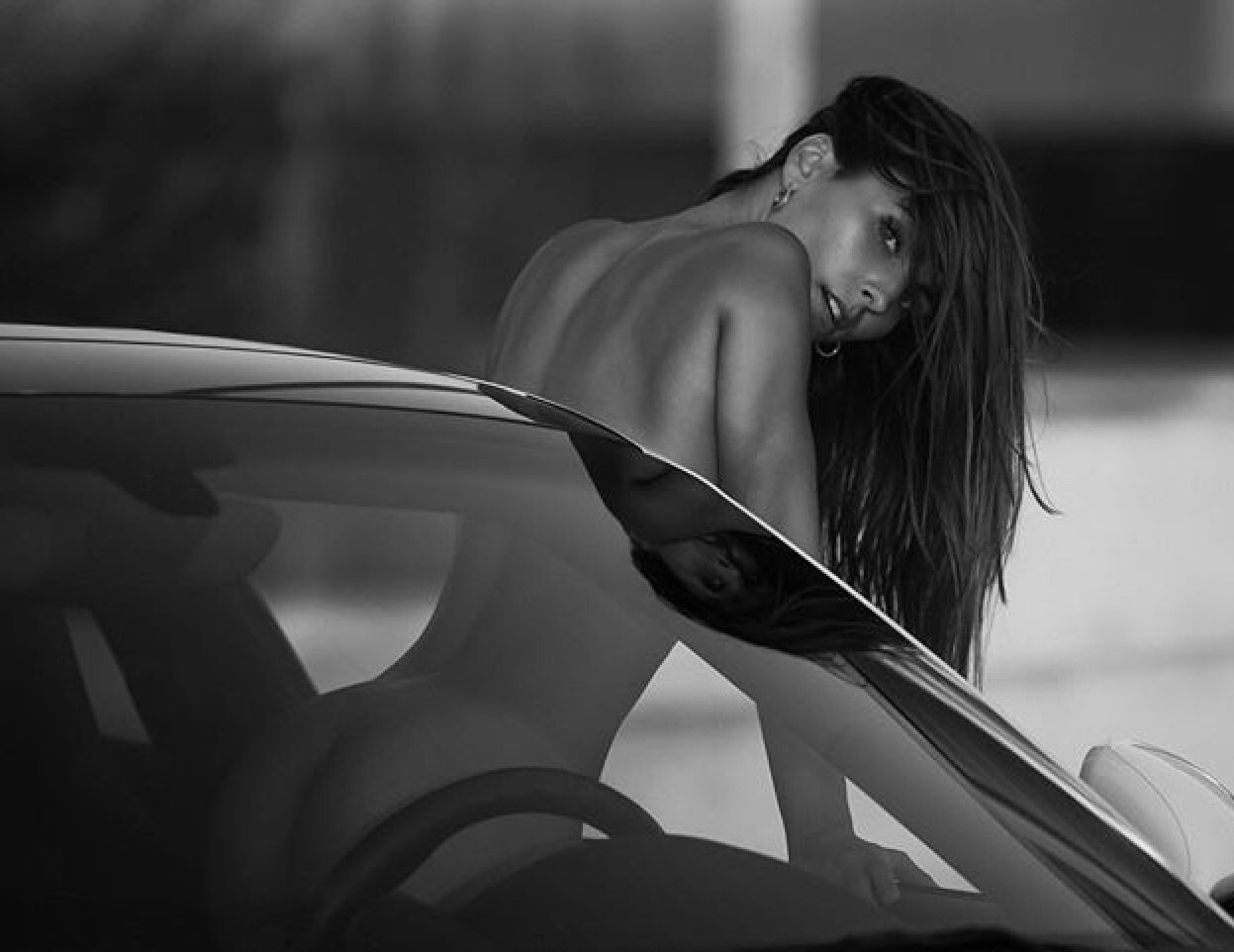 Her Story – Part One

An Introduction and seduction

This is her story about our introduction to swapping. We’re 50ish and our neighbors are in their 30ies.

I just found out from my wife that that fateful Saturday night wasn’t an accident. Here’s her story.

My husband showed me his accounting of that fateful Saturday night. He thought that reading it to me would get me hot! I had to tell him. Men are so funny! Do you really think that no one planned this ahead of time? OK, Shellie and I didn’t sit down and go over details of what we were going to do, but I had planted the seed some time ago . . . here’s how it all started.

Frank and I have been married for almost 30 years. We’re a happy couple and our sex life is ok. We don’t make love as much as when we first met, but when we do it’s just as good as it was then. But lately I’ve had an itch that needs to be scratched. I’ve decided who should do the scratching; I just needed to determine when it would happen.

And I’ve described Frank’s penis and how he shaves it and his balls. I told her how soft it is to the touch and how sexy it looks.

Shellie’s story is different. She said that Roger will fuck her any time she wants, but it’s always about him. To quote her, “The only thing that man has going for him is a huge cock! It’s quite beautiful when it’s angry!”

I’ve asked her “What exactly does mean?”

She described it as over “10” long and as big around as a tube of salami!”

I asked her if she gave him head.

She said she did. She said the head fills her mouth and he loves it when she plays with his helmet.

I was getting so hot I wanted to finger myself. I asked her “How much can you get in your mouth?”

She said she’s never been able to come anywhere close to taking the whole thing but she can take a lot of it before she starts to gag!

So whenever Shellie calls and asks us over to sit in the hot tub I always say I love to sit with those two and imagine what he looks like naked. I also know that Frank loves to look at Shellie’s tits. When the phone rang that Saturday night, I had no idea that I’d get to realize my fantasies. I grabbed some champagne and my husband and once again went next door to sit in the hot tub and fantasize . . .

It was another typical Saturday night next door. Blah, blah, blah. OK, sure, I’ll have another drink. Roger got out of the tub and went inside for more Champagne. When he came out of the house and I looked at him I couldn’t miss the hard on he was sporting. I couldn’t believe my luck. He’s such a stud. Tall and tanned, not a bad build. It really did look huge! I got so wet just thinking about it and when I said “Oh my! What’s up with that?” I didn’t mean to say it out loud! I was so embarrassed!

And then I couldn’t believe it. Here’s Shellie telling him to whip it out and my husband agrees. I was in heaven! When I saw his cock I was amazed. It was awesome!! I wanted to play with it, lick it, feel it inside of me, but I didn’t think my husband would allow it. From the moment I saw it I knew that I needed to have it in me. So, I played along as if I didn’t have a plan. I acted as though I could just walk away by saying “So would you like us to leave?” But I was hoping that they wouldn’t see through me.

As luck would have it, Shellie played right into my hand. I followed her lead and told Frank to show them his. While he’s no where near as impressive as Roger, his shaved dick and balls are kind of sexy. And then Shellie stepped right into my trap! She looks at it and asks “Can I feel it.” It was then that I knew I was going to get a hold of that huge cock and I was determined to get laid . . . I said “If I can feel Rogers.”

Shellie went to my husband and started to play with him. I had Roger sit on the edge of the tub and caressed his massive cock. I asked Shellie “Can I put it in my mouth?”

I stood up and took off my suit. I took Roger’s hand and moved away from the tub. I had him lay down on one of their deck chairs and straddled him. I held my cunt lips open and lowered myself onto his beautiful cock. It filled me in a way that I’d only ever imagined. I worked up and down, letting him penetrate a little deeper each time.

“Oh my god Roger, you feel so good! I’ve never felt anything so big!”

“Just work it Bonnie. I can keep this up all night long. You feel so good! I haven’t fucked a pussy this tight in a long time. I’ll fuck you till you can’t take it any more.”

I looked over and noticed Shellie taking off her top and new that I’d be free to continue to do whatever I wanted. Frank has looked at those tits longingly since forever. He thinks he’s so sly but I’ve seen him staring every chance he gets.

So I worked on Roger’s cock for all I was worth. I tried to take his hand and have him play with my clit but he put his hand behind his head and just laid there. So I took matters into my own hands and fingered myself. But as hard as I tried I couldn’t quite get myself off. I stood up and knelt between his legs. I put my finger to my clit and started to lick him and as I tasted myself on him I felt myself getting close. I looked over at the tub and saw my husband with his head between Shellie’s legs. I knew then why she was willing to share this cock. She had her head back and was thoroughly enjoying my husband’s attention while her husband was enjoying mine.

So I bent over and placed my arms on their patio table and told him to fuck me from behind. It went in a little easier this way and he got a bit aggressive as he shoved his cock in and out of me. He was trying very hard to get it all in! At first I moved forward because I was afraid he would hurt me. But then I started to push back and he got a rhythm and I followed his tempo. Oh, he felt so good! And it’s been many a long year since I’ve had a hard dick inside of me for this long. And he isn’t showing any signs of fatigue. This is wonderful! While he’s filling me I fingered my self some more. My clit is so hard and it’s so sensitive. I only need to work a minute before I’m cumming again! And he’s still pounding away.

I asked him if he was close to getting off and he said that it would be awhile. I asked him if there was anything I could do to help and he said he’d like to fuck me in the ass. I told him there was no way that was going to happen and asked if there was something else I could do. He said that I was so tight that he’d just keep fucking me and if he got close I could suck him off again. So he slows down for a bit and then he speeds up again. This went on for about 15 minutes before I told him that I had to sit down. So he pulls out and lays back down. He grabs his cock and stroked it.

“Sit back on here!” So I did. A few minutes later he said he was getting close so I raised myself off of him and started to lick, stroke and suck him again. I still couldn’t get much of him into my mouth. When he came there wasn’t much and it was not as thick as the first time. I licked him clean and then I stood up. I reached down and grabbed his still hard cock and led him into the house.

As we approached the master bathroom I could see Frank fucking Shellie from behind. I’m just a little bit jealous. He’s obviously enjoying himself more than I am. So I stopped and pulled Roger close. I gave him a kiss and asked him “Can you meet me in the city on Monday? I’d like another chance to fuck that huge cock of yours.”

“Sure! We’ve never mentioned it before, because we didn’t know how you two would take it. But we swap with several couples we know. Now you’re in “The Club” if you’d like. And, if you want, I can arrange for a couple buddies to come along on Monday. You’ve met them before, at one of our summer parties, and I know that they’re dying to have their way with you!”

“I can hardly wait!!” Then I asked, “When and where should we meet?”

“I’ll arrange for us to meet at one of their houses. Plan to be there around 1:30. Just in case, should I have Shellie set up something for Frank? Just to make sure he’s busy and maybe she can entice him to join our club?”

“Yeah, that would be OK. And I won’t feel as guilty. But after the way he went after her the tonight I don’t think she’ll have to try very hard.”