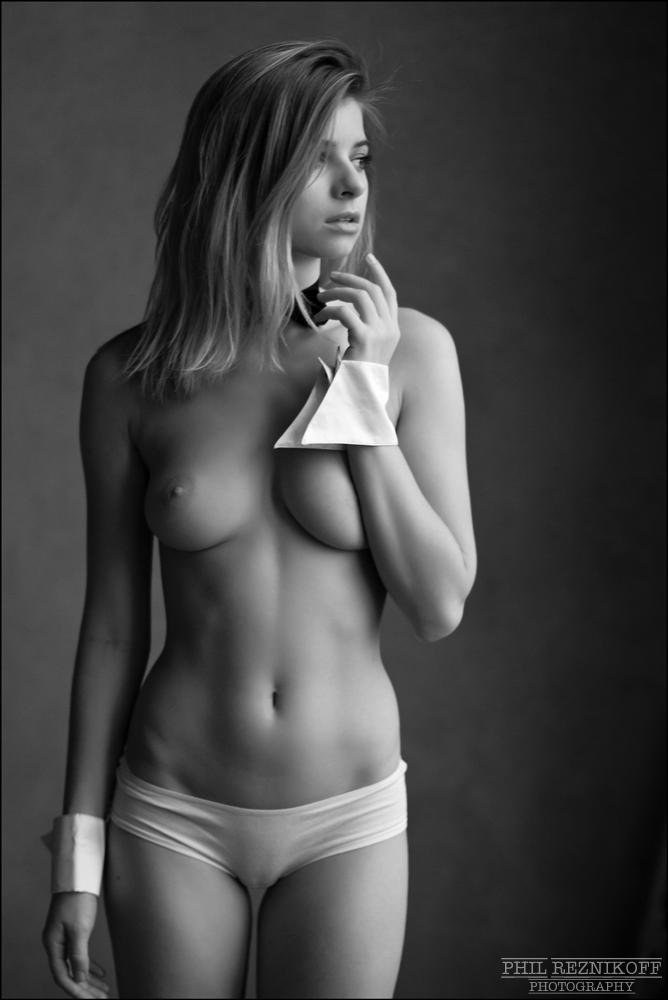 The Slaver Gets his Wish

Rachel was a bit out of it, they had given her codeine at the clinic where they had stitched up her hand. I had booked us a redeye, so we boarded the plane at midnight, and soon were on our way home. As she drifted in and out of consciousness, she started talking, and suddenly, everything that had happened over the last month took on a whole new light.

“I was seven or />
I took her right hand in mine. “You don’t have to talk, just rest, />
“No, no, I want you to know. Why I fell in love with you, and why I wanted to be your />
I had sensed that there was something more, that she had experienced something other than the usual sexual experimentation teenagers usually engage in. She had acted like someone had attempted to indoctrinate her, attempted and at some point, failed. I was scared to hear this story, but needed to know what she had gone through “Go />
“It was all very dream-like, so I don’t know when he started, but I remember being taken out to the garage late at night…or when mom wasn’t home. He would tie me up, and gag me. He would lube my ass and then fuck me. He always wore a condom, though, he was careful not to leave cum in />
“Who, Rachel? Who did this to you?” I asked, but of course, I already knew.

“My dad…he was the first man to fuck me…” She teared up, but she was still in the grips of the codeine, so she stayed detached. I stroked her uninjured hand. Tory had tried to train her as his sex slave.

“When I was nine, he started using my mouth. Like I said, it seemed like a dream. It wasn’t until this year that I found the drugs he used on me.”

Another horrific thought hit me. “But if you’ve been drugged for so many years, why aren’t you addicted?” I asked.

“I am…” she cried. I realized that Loreena had given her painkillers not long ago. She must have stolen the rest of Loreena’s supply. Keeping herself on a dose that would allow her to function must have been a skill she easily mastered. I pulled her to me and kissed her.

“I’m sorry. But, if you were being used like that, why did you come to be trained by me? Why not go to I couldn’t go to the police. Tory was a Police Sergeant.

“I saw you put my dad in his place one time. It was during a dinner party, and he was being an ass, even my mom could see it. You said something like ‘Tory, I think you can cut that shit out A light smile played across her lips. “It was the only time I’ve ever seen my dad put in his place. I realized that you were the strongest man that I knew. You could protect me….keep me safe.”

“My dad said that he’d kill me if I ever told anyone. Me and Reese.” Reese was her little sister. My stomach lurched. Reese had just turned ten last summer. Was Tory using her now?

“I was willing to give you anything to feel safe. And, like I said, I saw you fuck a slave in your back yard when I was nine. I had come over to borrow some eggs for a cake my mom was making, and you didn’t answer the door. So, like a stupid kid, I wandered in your back yard. She had brown hair and really huge boobs.”

was her name.” Grace belonged to an electrical engineer in Manitoba.

“You had her tied to the trellis, and you were fucking her pussy. It was amazing, watching you. All of your concentration was on making her, Grace, feel your power. I had never seen others having sex, and I was always drugged when dad fucked me, it was never pleasurable; but she was moaning and talking dirty. I was a little shocked, but then a rush of emotion came over me. I wanted to be Grace. I wanted to feel you have that power over me.” She kissed me deeply. “I knew that I would be safe with you, but more than that, I wanted to choose who was hurting me, who had power over me, and I chose you.”

“I told Reese to never eat or drink anything that Dad had given her. She’s a good sister. She listened. I think she’s safe, cause my Dad wouldn’t want her to be totally aware of what he was doing. Even terrified, an eight year old will still let stuff slip, you know?”

I stroked her cheek, eliciting a smile, drugged as it was.

Was I being a hypocrite, judging my neighbor so harshly? I don’t really think so. I remembered an incident; Tory and I had been out with some friends of his and this one cop, he kept calling girls You could tell he meant it in a really nasty way, the way some men use the word in a derogatory manner. ‘This gronk, she slobbered on my gronk, she takes it up the butt!’ and Tory was totally into it; he saw women as objects as well. I should have seen this all along.

I prefer to think that I see women, girls, as works of art, marble that can be chiseled and shaped to bring out the inner beauty, and the inner lust. I think….I know that I was better than Tory, and his stupid friend who said he ‘loved hunting gronks!’

Rachel had fallen into a slumber, and she slept until we landed in _______. I gently urged her out of the seat after most of the plane had disembarked. As we walked through the terminal, she shook off the effects of the drug, and was soon smiling wanly. “I’m hungry, />
“What are you hungry for?”

She smiled slyly, and though I’m sure there was a dirty thought or two there, her mind was on her empty belly. “I know it’s a weird thing to eat for breakfast, but, do you like Buffalo wings?”

“Funny, you don’t keep Tabasco in the pantry at home.” She observed. I heard her say it, and she internalized what she had just made concrete; my house was our home. We shared a knowing stare, and then made our way to the overpriced Wing Stop that rented space in the Airport Terminal.

We ate together like a young couple in love; a young couple with nothing to fear and nothing to place burdens on our entire, pleasurable lives together. It generated a pleasant feeling giggling and wiping sauce off of each others faces with our fingers…I was so in love with Rachel right then. I was in heaven. We even kissed each other with that wing sauce on our lips.

Her eyes were brilliant, sparkling like jewels in the sun, and I couldn’t wait to have her as my wife. There was hardly anyone in the restaurant, so when nobody was looking, I leaned over and kissed one of her breasts through her orange blouse. Giggling like naughty little girl, she lifted the hem of her blouse to expose her naked breasts. She hadn’t bothered with a bra.

I leaned in and took the right nipple into my mouth and massaged it with my tongue. Before we could be caught, she pushed me away and put her shirt back down. “I’d give stroke your cock, but I’ve got sauce all over my hands!” she said.

“Come on,” I said. We were done eating, anyways.

The restaurant had its own set of bathrooms, small ones for only one person, and they locked. Thank goodness.

She broke off our kiss and licked my ear “Do you want my ass or my mouth, J?”

I put a finger in her mouth and she suckled on it….and, taking the hint, she fell to her knees. She put out her tongue, and as though she were licking a candy cane, she washed my dick from the tip to the base, lingering around my balls, before taking it deep in her mouth.

With both hands, I grabbed the back of her head, and began fucking her mouth. I couldn’t help myself, it was so warm, wet, and her desire for me brought my lust to a crescendo. I was nearing a climax when she pulled her head away from my hands and she stopped sucking me.

“I want you in my pussy, but since that has to wait, can I please feel you in my ass?” she asked.

“God, Rachel, you make me so hot.” She grabbed the handicap bar and bent over, freeing one foot from the tangle of her pants so that she could spread her legs. Her little pulsing asshole was so inviting, I bent over and began licking it, getting my tongue inside. She moaned.

she was chanting as I lubed up her ass with my spit. Finally, I put the tip of my cock against the wanting ring of her anus and pushed. She shuddered as I seated the head of my cock inside her. Holding her hips with my hands, I relished the tight warmth engulfing my cock for a moment before finally sinking all eight inches inside my Rachel.

“Oh God,” she gulped, her knees weakening. I stayed deep inside her until her tremors passed, then I began moving slowly in and out. “Use my ass, J, fuck me”

Within a space of seconds, she was having an orgasm, screaming loudly. I looked towards the door, hoping there wasn’t anyone nearby to hear her. That didn’t stop me from coming, though, and instead of getting her all messy I filled her ass with my load.

There was a knock at the door.

Her eyes went big, and we scrambled to get our clothes on. We were in the women’s bathroom, so she called out, be free in a sec.”

“Everything okay in there?” it was a husky male voice.

“Yeah, sorry, I screamed, I saw a cockroach!” she lied smoothly. I kept myself from laughing.

“Ok,” and we heard footsteps shuffle off.

We laughed together and kissed for a moment before checking to make sure that the coast was clear. Then we hurried to baggage claim, holding hands.

Once we collected our luggage, we went out to the curb to flag down a ride. I was scanning the busy traffic, lamenting the sickening carbon dioxide we were breathing, when Rachel pinched my earlobe and pointed to an oncoming vehicle.

It was a pink limousine. A Fleetwood Cadillac, in fact. The car that her Uncle Joey drove. I thought it was just a coincidence until he pulled in next to us hurriedly and yanked the transmission into park so hard that the car bounced back and forth on its shocks.

Before I could say hi, he was tossing our bags into the trunk. Kissing Rachel on the cheek, “Hi, banshee, J, Let’s get. Shit’s hitting the fan.”

That sounded ominous, but I waited until we were on the interstate before I asked. “Joey, what />
“That fucker. That dumb mother />
Rachel looked scared.

“Slow down, Joey. What happened?” I moved forward and touched his shoulder.

“He burned down your house….and your maid was inside.”